Real estate investment trust (REIT) ARMOUR Residential REIT (NYSE:ARR) is launching a fresh stock issue in order to raise new funds. The mortgage REIT said it's floating 4.5 million shares in a public offering priced at $26.40 per share. This amount is lower than the $27.31 the stock traded for on the day before the issue was announced.

ARMOUR said it would use the proceeds from the issue to acquire new assets. The company said this will principally consist of mortgage-backed securities (MBSes) and "other mortgage-related investments."

The REIT did not provide an exact date for the offering.

The joint book-running managers of the issue are Morgan Stanley, Barclays, Citigroup, Goldman Sachs, and JPMorgan Chase unit J.P. Morgan. The underwriters have a 30-day option to buy up to 675,000 shares at the public offering price. 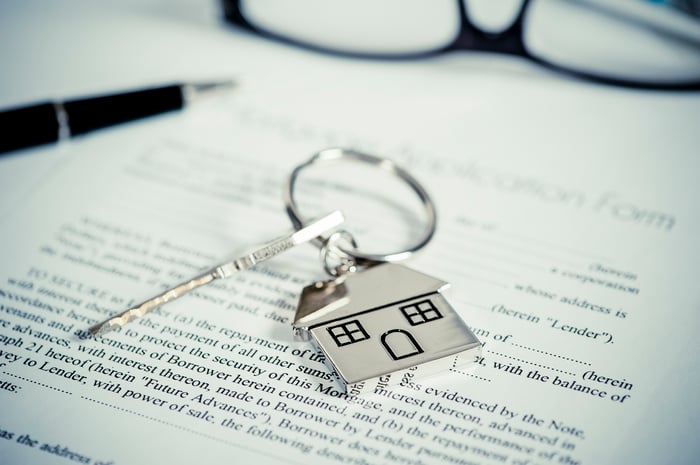 In terms of ARMOUR's operations, it probably doesn't matter a tremendous amount, but the REIT will have more money in its war chest. As a dedicated mREIT, it won't be pushing into new investment territory with the proceeds -- MBSes and "mortgage-related investments" are, after all, the company's bread and butter.

Some might be concerned that this new share issue will have a strong dilutive effect, as it's increasing the number of shares outstanding by a fairly robust 12%. The development of ARMOUR's stock price, though, doesn't indicate strong correlation with its stock count -- which has risen and fallen, at times dramatically, in recent years.

Also, we should keep in mind that stock issues are a more critical source of funding for REITs than they are for other classes of securities. This is because REITs effectively must pay out at least 90% of their net profit in the form of shareholder dividends, so most aren't left with much for reinvestment. ARMOUR is taking advantage of favorable conditions here -- the announcement came at a time when the stock price was at its highest level since early 2015 -- although it's come down slightly since then.

As investors, we should also keep an eye on new share issues -- dilution can be a serious damper on a stock if it's heavy enough. ARMOUR is a fairly solid performer, though, so if I were a shareholder, I wouldn't worry about this offering being too damaging to the investment.