The dispute between business partners Toshiba and Western Digital takes a nasty turn.

Toshiba has been attempting to sell the unit on its own in order to help shore up a damaged balance sheet. It selected a buyer, a consortium of Japan's Innovation Network Corporation, Bain Capital Private Equity, and Development Bank of Japan.

Western Digital subsequently filed suit in California to block that deal. It maintains that, according to the terms of its collaboration with the Japanese company, any sale requires its approval.

In its action, Toshiba alleges that Western Digital "has continually interfered with the bid process with TMC." It is suing for damages of 120 billion yen ($1.1 billion), and has petitioned for an injunction to lift Western Digital's existing legal challenge.

Western Digital also alleges that, as per the terms of their collaboration, any disputes between the two companies must be decided by professional arbitration. 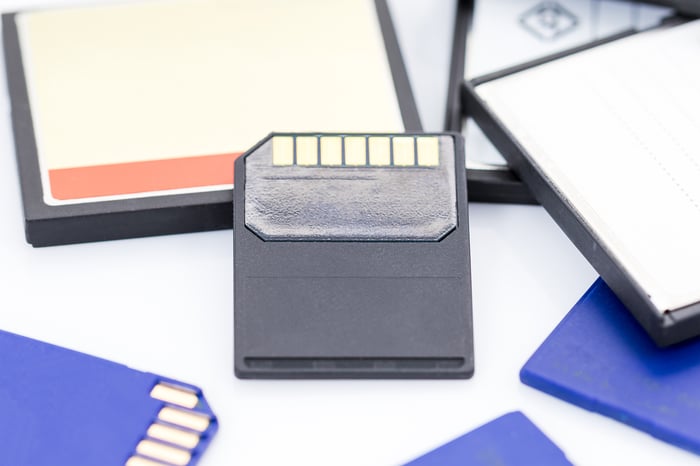 This is the latest punch in a fight that's rapidly getting ugly. The dispute arguably dates back to the Chapter 11 bankruptcy filing of Toshiba nuclear power subsidiary Westinghouse Electric in March. Because of this, Toshiba has negative shareholder equity of almost 582 billion yen ($5.2 billion). Hence its eagerness to sell a valuable asset, which could fetch somewhere in the neighborhood of $20 billion.

Western Digital seems just as intent on keeping its hands on the business. In fact, just before Toshiba's lawsuit was announced, it submitted a bid of its own, in conjunction with buyout boutique KKR.

No matter which company ultimately prevails, though, this nasty dispute doesn't help either one.

Toshiba has been a poor investment -- and in my opinion not worth considering just now. As for Western Digital, the company's doing well, and this situation isn't enough of a drag to sell the stock. Still, investors should cross their fingers and hope for some kind of resolution soon.