Please ensure Javascript is enabled for purposes of website accessibility
Log In Help Join The Motley Fool
Free Article Join Over 1 Million Premium Members And Get More In-Depth Stock Guidance and Research
By Ashraf Eassa - Jun 30, 2017 at 9:15AM

Intel's tired Core processor architecture should be put out to pasture within the next four to five years.

For years, chipmaker Intel (INTC -2.02%) has been iterating -- reasonably successfully, I might add -- on its processor architecture-branded Core.

At a roughly annual clip, thanks to improvements in both chip design as well as chip manufacturing technology, Intel has delivered increased processor performance while keeping power consumption in check. 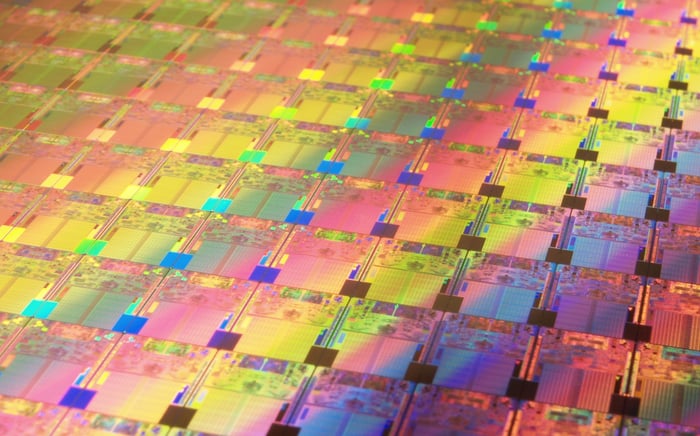 However, in recent years, the advancements in processor performance have become somewhat uninspiring. There's only so much room for Intel to crank up the frequencies at which its processors operate and the amount of work that these chips can get done per clock cycle hasn't gone up by that much over the last several years.

It would seem, based on a job listing on Intel's website, that Intel is looking to build a brand-new processor core to presumably deliver a more exciting leap in performance than it has been able to do over the last half-decade or so.

"If you are passionate about seeing your ideas go from white board to billions of pieces of silicon, join the ground floor of Intel's next-generation core (NGC) design team in Hillsboro, Oregon," a job listing on Intel's website reads.

The job listing goes on to say that NGC design team's goal is "to build a revolutionary microprocessor core to power the next decade of computing and create experiences we have yet to dream up."

Although there may be some degree of hyperbole in this job listing to try to entice the best and the brightest to apply (there are a lot of processor companies out there working on cool stuff these days, thanks to the mobile revolution), I don't think Intel would be saying this stuff about a processor design that merely iterates on the company's current technology.

It takes a long time for a processor core to go from conception to shipment -- it can easily take four years, if not longer, to do a processor from scratch processor.

Unfortunately, at this point, it's hard to know when we'll see this processor core make it into a shipping product, particularly as we don't know when Intel decided that it wanted to pursue this project.

What I'm assuming, though, is that we'll see it in products about four years after the project was green-lit.

After doing some digging, I found that Intel first posted this job listing about five months ago on LinkedIn, and at the time, the listing also used the same language about the potential candidate joining "the ground floor" of this team.

At the end of the day, Intel needs to deliver significant performance, power, and feature improvements to its customers on an annual cadence in each of its major business segments.

The company seems to be running out of ways to wring more performance out of its established Core processor architecture, so a totally new processor design is just what the company needs to continue to offer worthwhile new products to its customers and protect its market share and average selling prices across its end markets in the years ahead.