Of America's largest banks, Citigroup (NYSE:C), JPMorgan Chase (NYSE:JPM), and American Express (NYSE:AXP) may have been the biggest winners from the 2017 stress tests. These three banks have the ability to pay out dividends and repurchase shares that together tally to more than $43 billion.

If deployed in full, Citigroup, JPMorgan, and American Express will distribute more to shareholders over the next year than they earned during the last 12 months.

As a general rule of thumb, the Federal Reserve limits large banks' dividends as a percentage of their income, generally allowing the nation's largest banks to distribute no more than 30% of their income as a dividend. Thus, the bulk of capital returns come in the form of share repurchases rather than cash dividend payments. 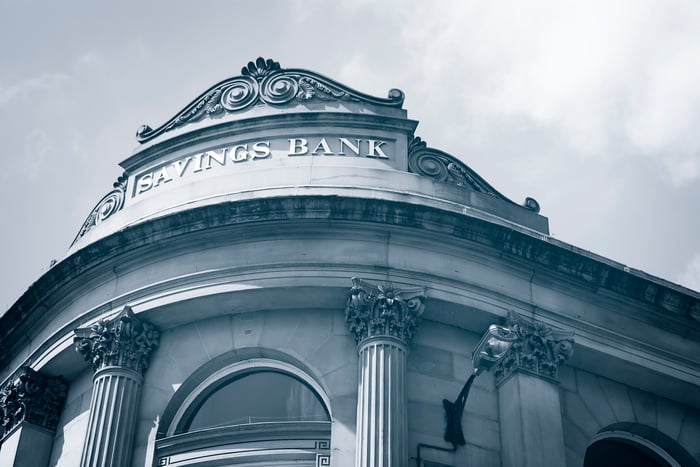 A repurchase authorization means that a bank has approval from its board of directors and the Federal Reserve to buy back a certain amount of stock, but they certainly don't have to buy back stock if they believe buying back stock is a low-return use of capital. But even if they don't make full use of their authorizations, historical precedent suggests that these companies will make substantial use of their authorizations, and that each of these three banks could have a total shareholder payout in excess of their net income as capital is deployed over the next year.

Payouts aren't sustainable, but they are good to see

Total payout ratios (dividends plus repurchases as a percentage of net income) cannot exceed 100% over the long haul. Banks have to maintain certain amounts of capital as a percentage of their assets. For a bank to pay out more than it earns over the long term, it would have to shrink its balance sheet by making fewer loans, and turning away deposits, to free up capital for distribution.

Shrinking isn't in the cards for Citigroup, JPMorgan, or American Express, all of which are eager to grab deposit market share and win loan volume from their peers. But because their balance sheets are currently overcapitalized, and would remain adequately capitalized in the event of a severe economic downturn, each bank could theoretically distribute more than it earns for the foreseeable future.

Take it for what it is: A clear-cut sign that the balance sheets of America's largest banks are simply in the best shape they've been since the financial crisis.