It was a rough week for the technology sector last week, but broader indexes fell by less than 1%, to close out the second quarter of the year. That left both the Dow Jones Industrial Average (DJINDICES:^DJI) and the S&P 500 (SNPINDEX:^GSPC) close to their all-time highs -- up more than 8% so far in 2017. 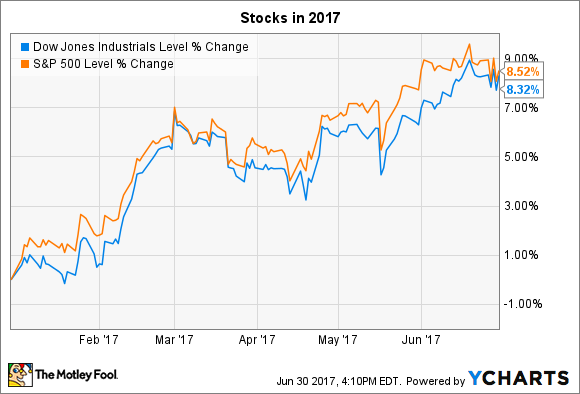 The week ahead will be shortened by the July 4 holiday, when stock markets will be closed. Still, PriceSmart (NASDAQ:PSMT) and Herman Miller (NASDAQ:MLHR) are likely to see volatile trading following their quarterly announcements. Investors are also looking forward to a key jobs report due out on Friday morning.

International warehouse club PriceSmart will announce its earnings results after the market closes on Wednesday, July 5. The stock is trailing the market so far this year as the retailer struggles through mixed economic conditions in its key markets across Latin America and the Caribbean.

On the bright side, the Colombia business is benefiting from stabilizing currency trends that lifted sales, membership fees, and margins last quarter. However, a market-wide slump in Trinidad, PriceSmart's biggest Caribbean market, led to an almost double-digit sales decline in the region.

CEO Jose Luis Laparte and his executive team are optimistic that improving trends in Colombia will continue boosting the entire business in the quarters ahead. PriceSmart recently raised its membership fee in that market and subscriber gains remained strong. As for the broader business, consensus estimates peg sales growth coming in at about 4%, to $735 million, as earnings improve to $0.67 per share from $0.55 per share a year ago.

Herman Miller is set to post results for its fiscal fourth quarter on Thursday. The office-furniture specialist is enduring a weak selling environment that hurt both revenue and profitability recently. Revenue fell 2% in the fiscal third quarter and gross margin shrank to 37.2% of sales from 38.7% in the prior-year period. The company did a good job holding expenses lower, and so earnings edged past management's expectations despite the soft sales numbers. 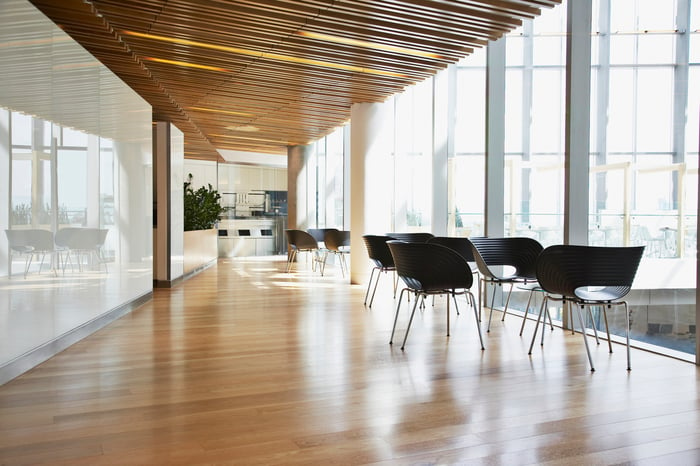 Herman Miller noted a slight uptick in order pacing in its key North American market last quarter, and investors will want to see that carry through to accelerating sales growth this week. At the same time, look for the retailer to make progress toward its goal of removing as much as $35 million from its annual operating costs. The retailer's biggest long-term strategic initiative involves scaling up its consumer-focused segment through expanded offerings and a bigger online sales presence.

Friday morning brings the most anticipated economic publication of the month: the Employment Situation Report. Investors are expecting modest results, given that June's report showed a steady, but unspectacular, job increase of 138,000. This put the average monthly gain at 181,000 over the past year.

Other trends point to a strengthening job market, including the fact that the unemployment rate has fallen from 4.8% to 4.3% since the start of the year as the ranks of the unemployed declined by 774,000.

The Federal Reserve will be keeping a close eye on these economic numbers as it considers the pace of its planned interest-rate hike. Average wages will be key to watch, too, as a spike there might point to accelerating inflation that the Fed would aim to tamp down through higher long-term rates.

So far, there's little evidence of that happening, but any surprising movements in the trends of job creation, wages, or the unemployment rate could make for a volatile close to the first trading week of the third quarter.