Please ensure Javascript is enabled for purposes of website accessibility
Log In Help Join The Motley Fool
Free Article
Join Nearly 1 Million Premium Members And Get More In-Depth Stock Guidance and Research
By Daniel B. Kline – Jul 4, 2017 at 10:31AM

The company bought a whole lot of second-tier franchises.

The Mouse House spent $7.4 billion for Pixar, and $4 billion each for Marvel and Lucasfilm. In buying those companies, the company essentially took the risk out of its film business while being able to leverage its hit properties on television, in its theme parks, and through all sorts of other licensing.

While it spent $15.4 billion buying those studios, the deals were well worth it. The company can release roughly three Marvel films, two Pixar movies, and a new Star Wars film each year, all of which will have great odds of being box-office hits. That's six films each year that will bring in between around $500 million in global box office (Ant-Man) and over $2 billion (The Force Awakens).

That, of course, is only the box office returns for those films. It doesn't count the billions in revenue the company will earn selling its cartoons, Marvel characters, and Star Wars everything outside its films. It's an ideal system that could pay off for decades, if not longer.

Comcast desperately wants to put its film business in the same stratosphere, where it releases more surefire hits each year. It's easy to see why that's the case, but not all franchises are equal, and the company reached when it spent $3.8 billion buying DreamWorks Animation. 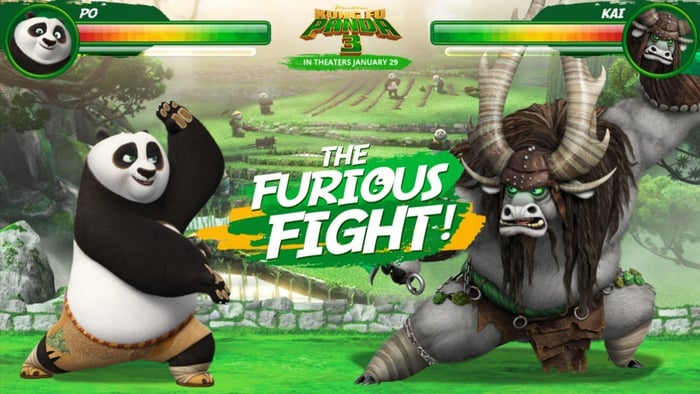 What did Comcast get?

Just to examine one Disney purchase, the company's deal for Lucasfilm gave it Star Wars and Indiana Jones. The company has already released two Star Wars films earning over $3 billion in global box office. In addition, toys based on the films remain perennial, as do various video games and other licensed products.

DreamWorks, to put it kindly, doesn't have a Star Wars-level product, and none of its films has ever reached $1 billion in box office sales, according to data from Box Office Mojo. In fact, it can be argued that the company doesn't have a single franchise that can release a guaranteed hit even every other year.

The top DreamWorks franchises are Shrek, How to Train Your Dragon, Madagascar, and Kung Fu Panda. Of that list, there hasn't been a new Shrek Film since Shrek the Third in 2007, and that movie made less than its predecessor in the series. How to Train Your Dragon 2 also made less domestically (but not globally) than the first film in that series, and Kung Fu Panda 3 posted domestic and global box office lows for that series.

Why is this a bad deal?

Comcast may eventually earn back its $3.8 billion, but the DreamWorks purchase didn't give the company a single guaranteed hit. A Shrek reboot may have value, but it's not Star Wars, where fans are clamoring for more, or even Toy Story, where parents take their kids to see a new film out of nostalgia for the old ones.

Basically, in its efforts to keep up with Disney, Comcast was forced to buy a group of second-tier properties for nearly what its rival paid for Lucasfilm and Marvel. The company may have felt it had to do that because putting out sequels from known properties -- even ones that have already peaked -- represents less risk than creating something new.

Disney essentially took the best pieces off the board, which forced its rival to overpay for a much less successful brand. Even if Comcast does grind its way to a profit on the deal, it still seems the company would have been better off investing its $3.8 billion elsewhere.

Will Comcast's Big Bet on Peacock Pay Off for Investors?
397%