Shares of Under Armour (NYSE:UAA) (NYSE:UA) climbed 13.6% in the month of June, according to data provided by S&P Global Market Intelligence, following Steph Curry's impressive performance in the NBA Finals and some strategic executive changes.

It certainly helped that two-time NBA MVP Steph Curry debuted his new Under Armour Curry 4 shoes -- which launch at retail this October -- in Game 1 of the NBA Finals early last month. Shares of Under Armour climbed nearly 20% between the start of the month and June 13, the day after the Golden State Warriors sealed their NBA Finals Series victory in Game 5. 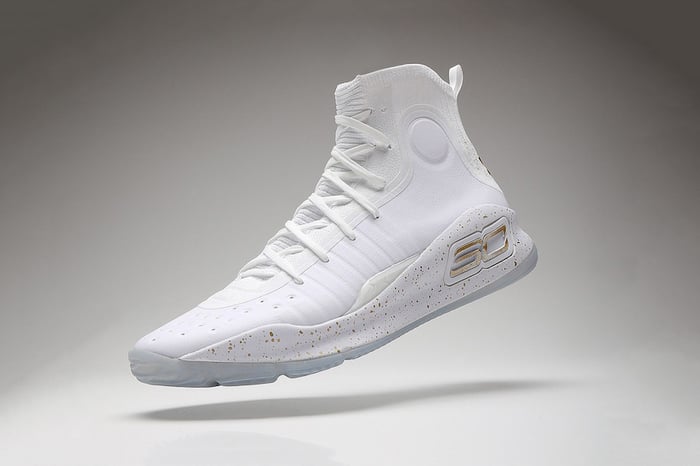 But shares also pulled back after the Finals ended, only to resume climbing as investors cheered Under Armour's decision to appoint Patrik Frisk -- a former VF Corp. executive and previous CEO of The ALDO Group -- as chief operating officer. Meanwhile, Under Armour founder Kevin Plank will pass the title of president to Frisk, while continuing to serve as CEO. This will reduce the number of executives reporting to Plank to six from 10 and -- as Susquehanna analyst Sam Poser noted -- "finally decentralize some decision making within the company."

In the press release announcing Frisk's hire, Plank stated, "Patrik's global experience in brand building, including a proven and disciplined record of driving growth, while enhancing profitability and efficiency, will be instrumental as we work to transform our business model to deliver long-term value for our consumers, customers and shareholders."

With Under Armour stock still trading roughly 50% below its 52-week high, and with so much to which investors can look forward, it was no surprise to see shares rebound given all the encouraging developments last month.