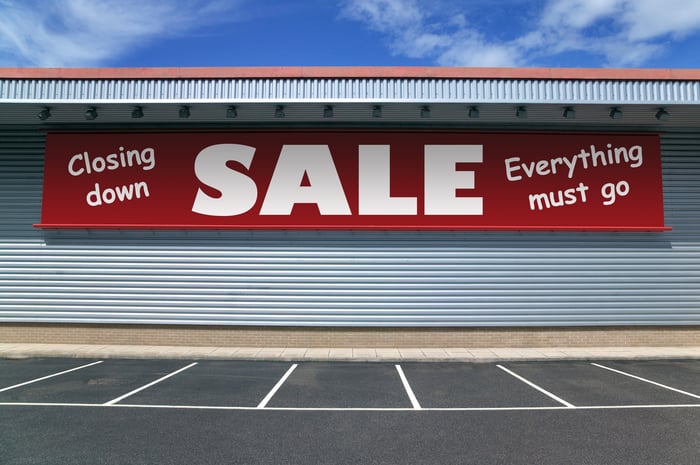 Every week, it seems a new retailer is shuttering stores.

According to an estimate from Credit Suisse, U.S. retailers are on track for more than 8,000 store closings this year, even more than in 2008, at the peak of the financial crisis. Some have called it a retail apocalypse, as the forces of e-commerce and bloated debt burdens are forcing a number of retailers to declare bankruptcy or downsize.  Urban Outfitters' CEO declared that after years of overexpansion, "the retail bubble has burst."

Here are the seven brand-name retailers that are closing the most stores this year. 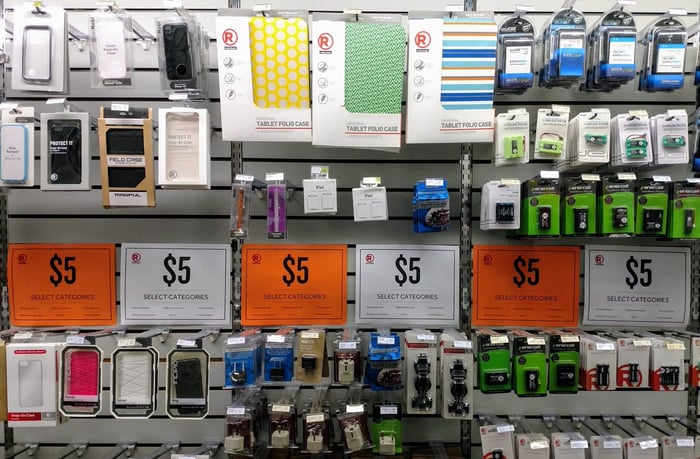 RadioShack, once known as "America's technology store," has been in decline for a long time. After years of losses, the company declared bankruptcy in 2015, but a deal with Sprint (NYSE:S) saved much of its store base at the time. However, that fix proved temporary, as the company filed for bankruptcy protection again in March and then closed 1,000 stores over Memorial Day weekend, on top of 430 it had previously closed. That's left just 70 company-owned stores and 500 dealer-owned locations operating.

Mismanagement and aggressive share buybacks dug RadioShack's grave. Like much of electronics retail, including hhgregg and Circuit City, it's gone belly-up. 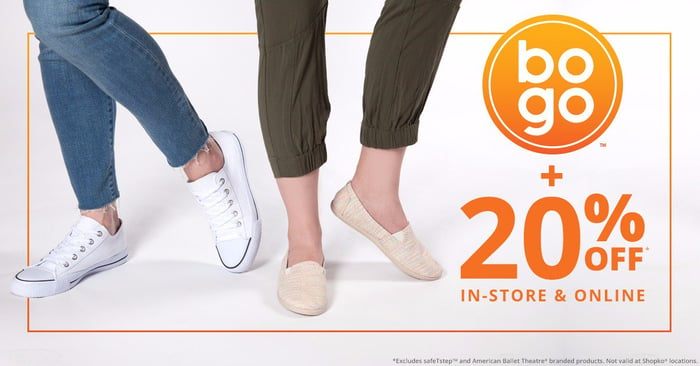 Privately held Payless ShoeSource is also meeting its maker. The discount footwear chain filed for bankruptcy protection in April, saying at the time it would close 400 stores and later added another 400 to the list.

That's only 20% of its store base of 4,000, meaning we'll probably see more store closings from Payless. As with other mall-based retailers, Payless has suffered from declining traffic to shopping centers, a trend that's unlikely to reverse. Therefore, the prospects of a Payless comeback are doubtful. 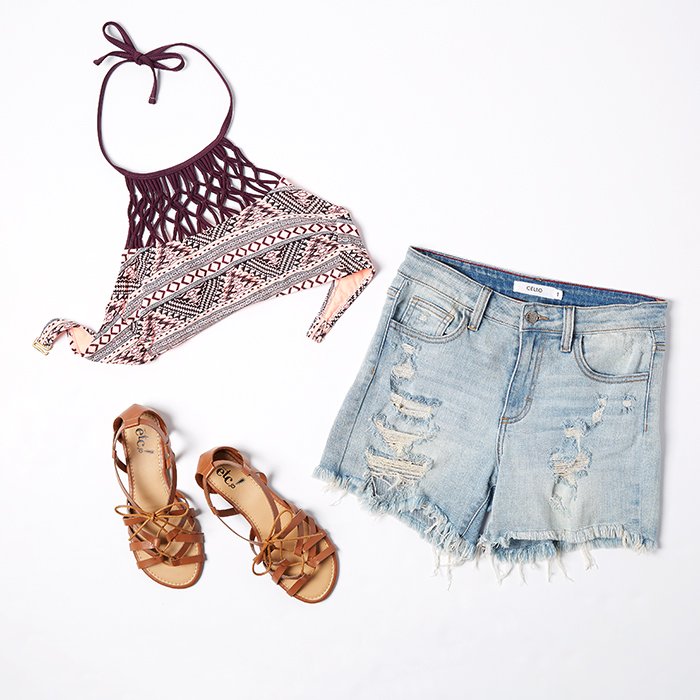 Following a long list of other teen retailers, including American Apparel and Aeropostale, Rue21 filed for bankruptcy protection in May, saying it would close approximately 400 stores out of its fleet of 1,179.  The retailer was seeking the court's permission to borrow $175 million in additional financing, and the company expressed optimism for its business after improving its cost structure. Still, the outlook remains dim for a mall-based teen retailer like Rue21. 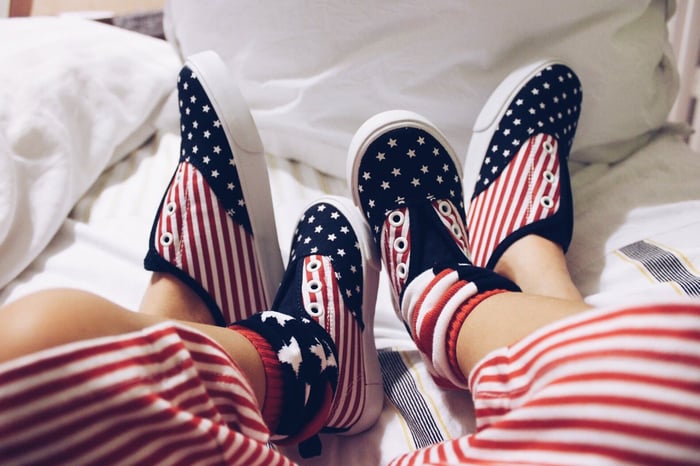 Children's-apparel retailer Gymboree filed for bankruptcy protection just weeks ago, saying it would close between 375 and 450 stores, about a third of its store base of 1,281, as it seeks to free itself of $1 billion in debt.  The retailer lost $324 million in its most recent quarter, and it has struggled even as rival Children's Place has thrived. Gymboree's competitor has had one of the best-performing stocks in recent years.

Unloading debt is a good start, but Gymboree looks like a classic case of overexpansion. 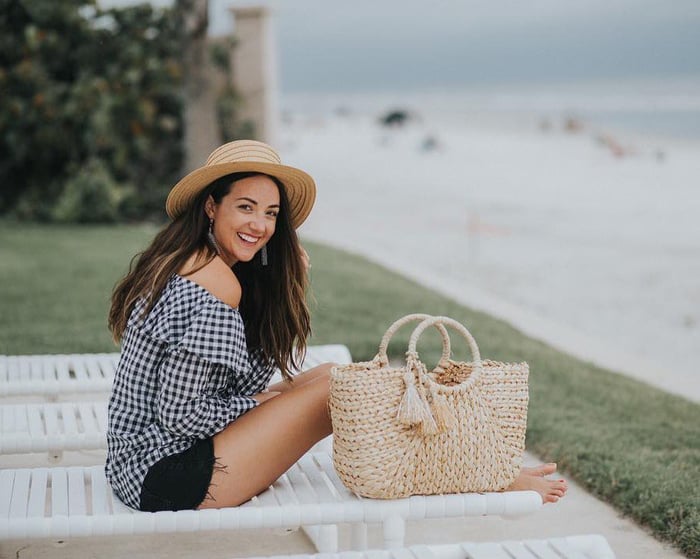 Ascena Retail Group, the parent of brands such as Ann Taylor, Lane Bryant, and Dress Barn, said in June it will close 268 stores and could shutter as many as 667 over the next two years. Ascena is one of the biggest apparel retailers in the country, with 4,850 stores under its umbrella as of the end of its most recent quarter.

Though it posted a small adjusted profit in its most recent report, same-store sales plunged 8%, a sign that the company is over-stored.

Unlike the other retailers on this list, Sears Holdings Corp. (NASDAQ:SHLDQ) has yet to declare bankruptcy, but many expect the department-store chain to fold either this year or next. Sears, which was the country's largest retailer for much of the 20th century, has had a long fall from grace. It hasn't posted an annual operating profit since 2010, and sales have plummeted in the meantime.

The retailer just announced another 20 store closings, bringing the grand total to 265 this year. More are likely to come, as both it and its sister chain, Kmart, are bleeding cash. 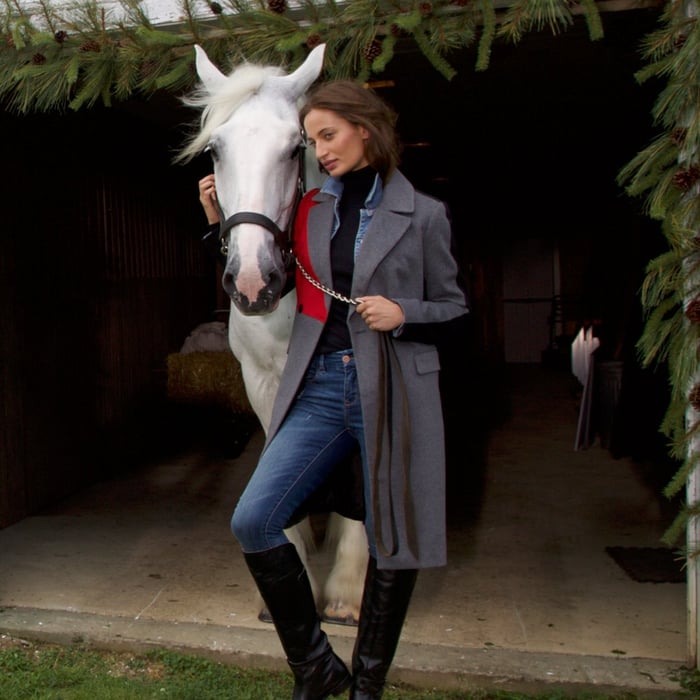 The Limited was one of the first retailers to announce mass store closings this year, as the onetime L Brands subsidiary said at the start of 2017 that it will shut down all of its remaining 250 stores. It declared bankruptcy shortly after that.

At the time of the announcement, the company said its website would continue to operate, though it currently has just a "Coming Soon" banner across it.

Private-equity firm Sycamore Partners won the auction for its e-commerce business and intellectual property, with a bid of $26.8 million, and is planning on relaunching the online business.