The RFID specialist had a bumpy ride over the last six months.

It hasn't been a smooth ride. February's fourth-quarter report exceeded Wall Street's earnings estimates but came with a side of relatively soft first-quarter guidance, and share prices immediately fell 12% on the news. When the first-quarter report came in, the results landed at the very top end of Impinj's modest projections, and the stock was off to the races again. An equally rocky June saw share prices dropping as low as $41 and topping out at $61 as analysts presented opposing views of the prospects Impinj's radio frequency identification (RFID) solutions might hold. 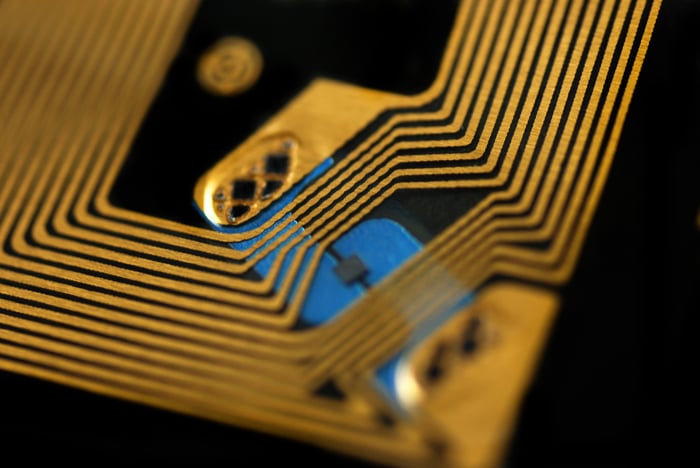 Impinj entered the public market less than a year ago, and the stock remains a highly volatile small cap. That's perfectly normal for several reasons. Investors are figuring out how to value a company with inconsistent earnings and negative cash flows, while Impinj's management attempts to scale the business up without breaking anything important in the process. So far, so good -- Impinj is growing its trailing sales at a rate of 44% per year and earnings are bubbling right around the breakeven point.

Meanwhile, RFID technology is becoming an important tool in several industries. Car makers are using it to improve their self-driving systems, retailers and e-tailers use it for inventory management, and RFID technology is helping hospitals manage their patient records in real time. Impinj is not the only provider of solutions in this exploding market, but it's a leader in the field and could leverage that first-mover advantage to grow out of this awkward small-cap volatility.