Please ensure Javascript is enabled for purposes of website accessibility
Log In Help Join The Motley Fool
Free Article Join Over 1 Million Premium Members And Get More In-Depth Stock Guidance and Research
By Beth McKenna - Jul 5, 2017 at 9:15AM

The 3D printing stock gave back part of its big 2017 gains. Here's what investors need to know.

Shares of Stratasys (SSYS -1.02%) lost 13.3% in June, according to data from S&P Global Market Intelligence. 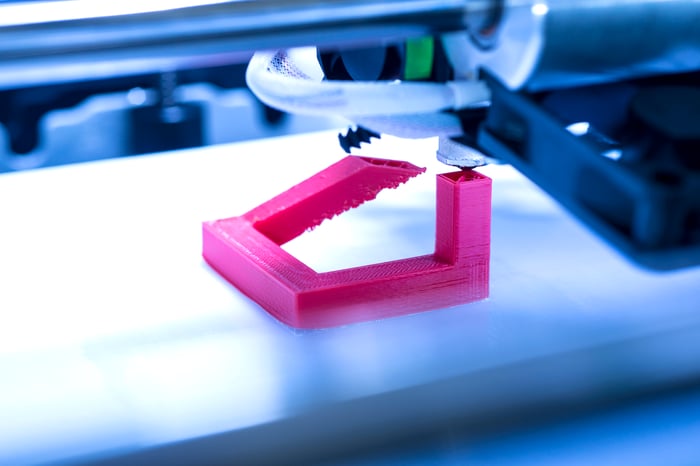 Stratasys stock's pullback last month was due to two primary reasons, in my view. First, it was a continuation of the retreat that began in mid-May due to the simple reason that the stock price had gotten ahead of the company's performance. While there were some encouraging signs in its Q1 results, Stratasys is still struggling to grow revenue, with a year-over-year decline of 2.8% and revenue from 3D printer sales dropping 11%. Its business performance didn't justify the stock soaring more than 80% for the year through mid-May before it started its pullback. The stock is now up 41.4% for the year through Monday.

The second reason for Stratasys stock's decline in June was a Wall Street analyst downgrade. On June 26, Goldman Sachs analyst Matthew Cabral downgraded the stock from neutral to sell, and put a $20 price target on it. His main concerns centered around increased competition causing pricing pressure and the company's limited exposure to metal 3D printing. (Stratasys does not make metal 3D printers, but does provide on-demand 3D printing in metals.) Shares fell 11.7% following Goldman's downgrade and comments.

Investors shouldn't change whatever course they've chosen to follow based upon Stratasys shares' June price drop. The price decline was mostly due to a natural correction in a stock that had run up too far, too fast. The company's business didn't materially change.

Long-term investors also shouldn't buy or sell stocks based upon Wall Street's rating changes and comments, as analysts tend to focus on the short term. That said, Goldman's concerns are both legitimate. Competition potentially causing pricing pressure is the greater threat, in my opinion, as Stratasys' new top management has recently taken some steps to strengthen the company's exposure to metal 3D printing. Investors should monitor Stratasys' quarterly results for indications of increased competition resulting in pricing pressures, which would negatively impact revenue and gross margin.