Please ensure Javascript is enabled for purposes of website accessibility
Log In Help Join The Motley Fool
Free Article Join Over 1 Million Premium Members And Get More In-Depth Stock Guidance and Research
By Matthew Frankel, CFP® - Jul 6, 2017 at 7:41AM

The self-storage leader has fallen by 18% over the past year. Is it time to buy?

Self-storage real estate investment trust Public Storage (PSA 1.52%) has generated fantastic returns for its long-term investors. In fact, over the past 30 years, the stock has produced an average total return of 15.2%, a remarkable level of performance to sustain over three decades. However, the past year hasn't been great for Public Storage and its shareholders, with the stock down nearly 18%. Rising interest rates have put pressure on REITs in general, and self-storage investors are worried about oversupply issues.

Despite the headwinds, now could be an excellent time to buy the clear leader in the self-storage industry at a discount. Here's why Public Storage could continue its history of market-beating performance for the next 30 years. 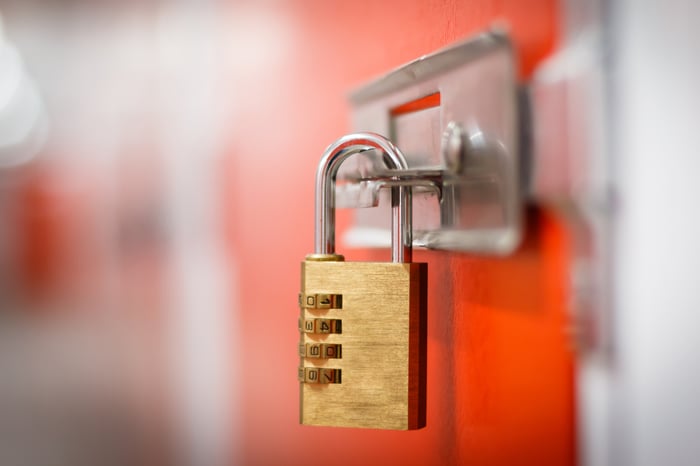 Why has Public Storage fallen by 18%?

Public Storage is the clear leader in the self-storage industry, with about 2,600 facilities in the U.S. and Europe. No other company comes close to Public Storage in terms of size, or brand recognition. Over the long run, Public Storage's stock has a clear upward trajectory, but the past year has been a disappointment for investors. 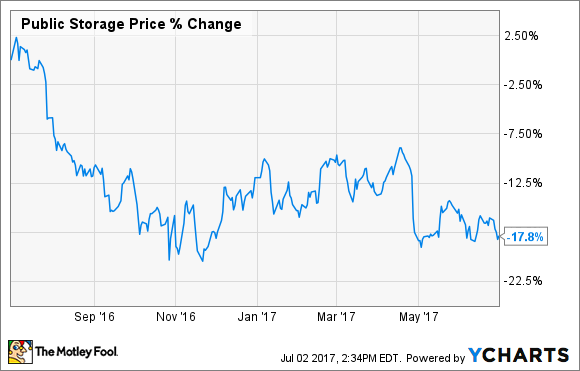 There are a few reasons for the dismal performance, and a couple in particular that are likely to be the main drags. Interest-rate increases are the first, as the entire REIT sector started to underperform once it became apparent that the Federal Reserve planned to start raising interest rates.

Second is oversupply worries. In some of Public Storage's key markets, more new supply of self-storage facilities is coming online than the market can absorb. As Chairman and CEO Ronald Havner said in Public Storage's 2016 annual report, "Going into 2017, we face the most new supply in over a decade."

This is perfectly natural after years of growth. After all, Public Storage's revenue has grown by 40% since 2012, so it's only natural that self-storage companies want a piece of the action during good times. However, it can create a short-term drag on Public Storage's earnings, as oversupply creates more competition.

Reasons to love Public Storage over the long run

There are several long-term catalysts that should allow Public Storage to continue to produce strong long-term performance. Just to name a few:

This is a long-term investment

To be perfectly clear, I'm not suggesting that Public Storage stock is going to perform well over the next week, month, or year. In fact, there are some scenarios, such as rapidly rising interest rates to name just one, that could cause the stock to fall. In addition, Public Storage isn't exactly a defensive REIT. It's month-to-month lease structure makes it somewhat vulnerable to recessions, since it's easy for tenants to leave.

It's important to approach a stock like Public Storage from a long-term perspective, and be willing to ride out the ups and downs along the way. Over long periods of time, there is no reason to believe that Public Storage won't continue its track record of strong performance.