Shares of Tesla (NASDAQ:TSLA) have been under pressure in recent days as investors fear that demand for its current Model S and Model X vehicles could be peaking. The company reported second-quarter delivery figures over the weekend, which put deliveries in the first half near the low end of guidance.

Adding insult to injury, Goldman Sachs analyst David Tamberrino reiterated his sell rating on Tesla this week while lowering his price target from $190 to $180 -- roughly half where shares finished last week. Unit volumes "appear to be plateauing" at just under an annual run rate of 100,000, according to Tamberrino.

Let's look at the evidence.

For starters, Tesla has now issued some cautiously vague guidance for the second half of 2017, merely saying that deliveries in the second half "will likely exceed deliveries" in the first half. That implies full-year deliveries of around 94,000, notably including Model 3, which will begin production tomorrow. 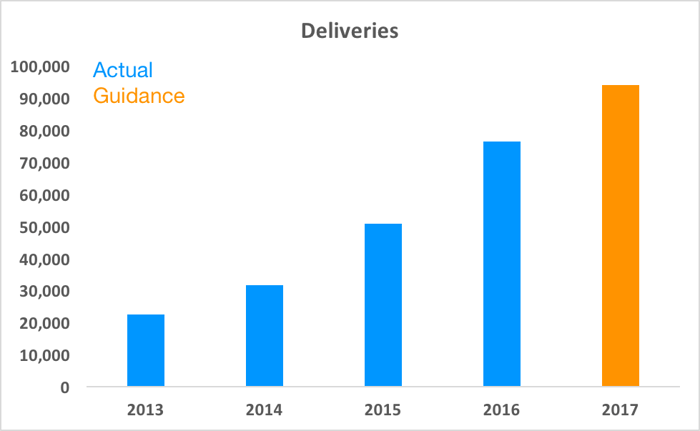 Data source: SEC filings. *Based on implied guidance of 94,000 deliveries.

I expect that Tesla will provide more granular detail for its outlook when it reports second-quarter earnings, but the company may still play it conservatively since there's considerable uncertainty regarding the Model 3 ramp.

A tale of two missing metrics

Generally speaking, it also doesn't inspire a lot of investor confidence when a company abruptly stops disclosing any metric it had previously shared. In Tesla's case, there are two: order rate growth and in-transit vehicles. Tesla opted not to disclose order rate growth in the first quarter, after doing so for many quarters. 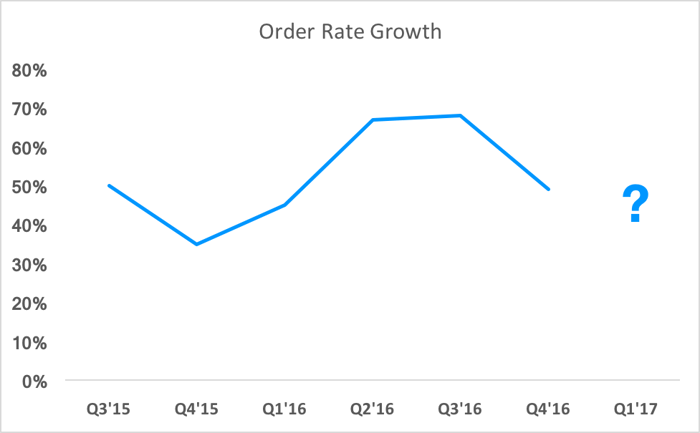 This lack of disclosure did not go unnoticed. When directly asked about the figure, CEO Elon Musk dodged:

Well, the -- I think we feel pretty good about achieving the sort of the 100k, roughly 100k, total for the year for S and X, combined. That's where we kind of want to be. The manufacturing system at the supply chain is all sort of set up for that level.

I don't think it's meaningful. We're going to produce 100,000 units approximately, so all that matters is there's demand. Is there going to be demand for 100,000 units? I believe there will be. And there is.

It's worth noting that the recent implied guidance seems to walk back Musk's prediction of selling 100,000 Model S and Model X vehicles this year. Clearly, order rate growth was meaningful enough to previously disclose, so the omission just raises suspicion. The same is true for Tesla not disclosing how many vehicles were in transit at the end of the second quarter. 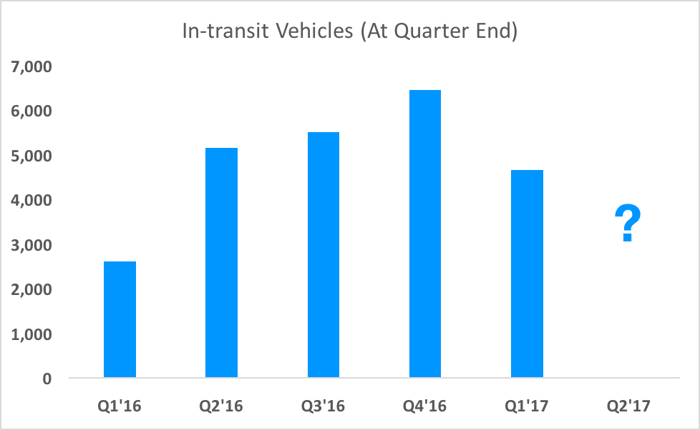 Some cannibalization was always inevitable

There appears to be at least some evidence that Model S and Model X demand could be peaking. To be fair, Tesla believes that there "appears to be substantial untapped sales potential for Model X." The company is still in the process of building out its retail inventory and test-drive fleet, which it concedes has been "far short of what was needed" to date. The SUV has also been plagued with quality issues, which Tesla says it has been "fairly criticized" for. Initial quality problems are now rare, according to the company. 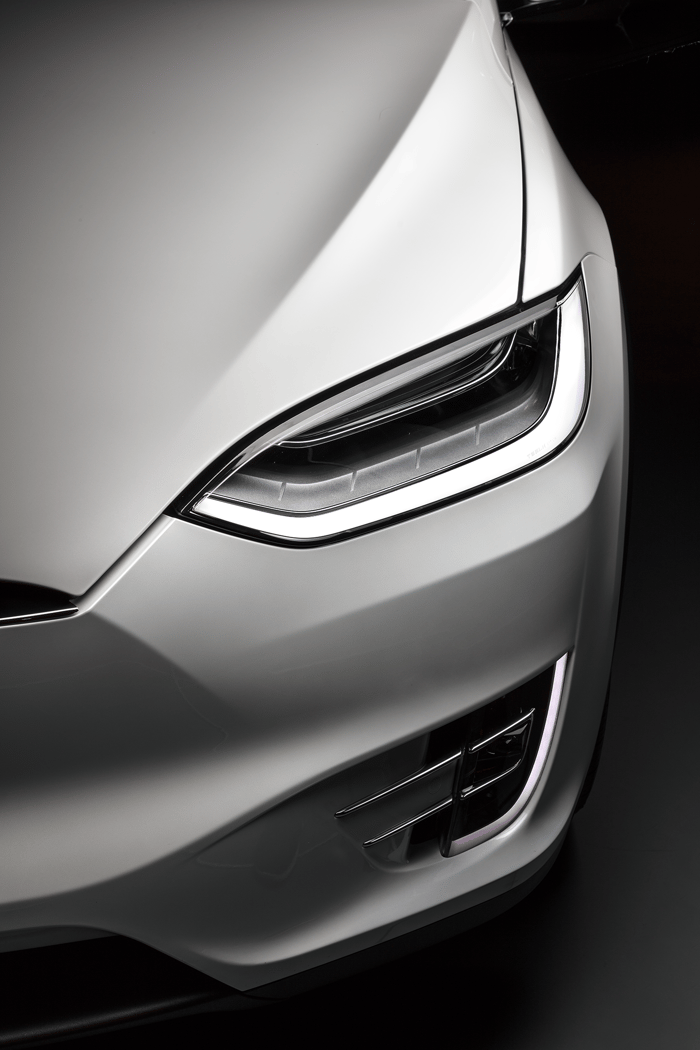 Regardless, even if Model S and Model X demand is peaking, that should be partially expected with the imminent launch of Model 3. It's safe to say that many prospective customers would rather buy a more affordable vehicle, even if it has fewer bells and whistles than the flagship vehicles. In other words, it shouldn't be surprising that there is some cannibalization when you launch a product at half the price.

Musk has acknowledged that Model S orders are being impacted by Model 3, but attributes that to confusion that Model 3 could be incorrectly perceived as the "next generation Tesla." The cannibalization effect is perhaps more feasible.

If demand is indeed peaking, that only applies to Model S and Model X. It's too early to know how Model 3 will fare in terms of supply (production) and demand; Tesla has declined to update its Model 3 reservation tally, but it's probably still around 400,000 based on customer deposit trends.

Furthermore, Tesla's valuation is predicated on the company becoming a mainstream manufacturer with the Model 3 and Model Y crossover SUV. So while Model S and Model X sales are undoubtedly critical (and more profitable on a gross margin basis), Model 3 arguably remains more important to the company's future. Tesla's execution on ramping production and maintaining quality for the $35,000 sedan in the next six to 12 months is where investors should be focusing.

Editor's note: After this article was published, Tesla updated its delivery announcement to include in-transit vehicles at the end of the second quarter, which numbered approximately 3,500.