Floral and gifting specialist FTD Companies (NASDAQ:FTD) saw its stock clipped by 19% through the first half of 2017, according to data provided by S&P Global Market Intelligence. 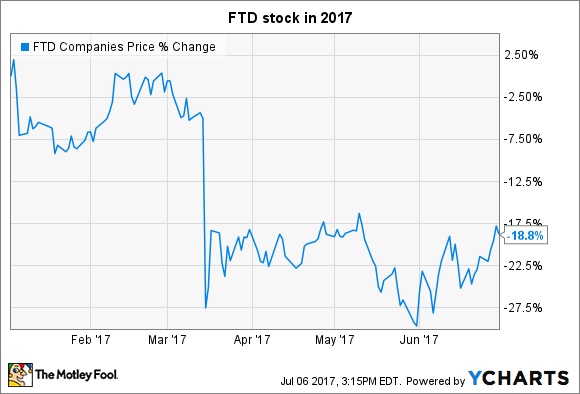 Data is through the first six months of the year. FTD data by YCharts.

Shares managed slight gains early in the year before falling as much as 30%, then climbing back slightly through the month of June.

Most of the 2017 slump came following FTD's fiscal fourth-quarter earnings report that in mid-March paired weak sales growth with a deteriorating profit outlook. FTD's revenue fell 6% during the critical holiday quarter and net loss worsened to $86 million from $83 million a year ago.

Incoming CEO John Walden expressed optimism that the business would recover but was realistic about the major challenges it faced. "Although I believe the company has recently performed below its potential," he said in a press release, "it has several assets to build upon -- strong brands, reliable partners including our member florists, and financial flexibility." 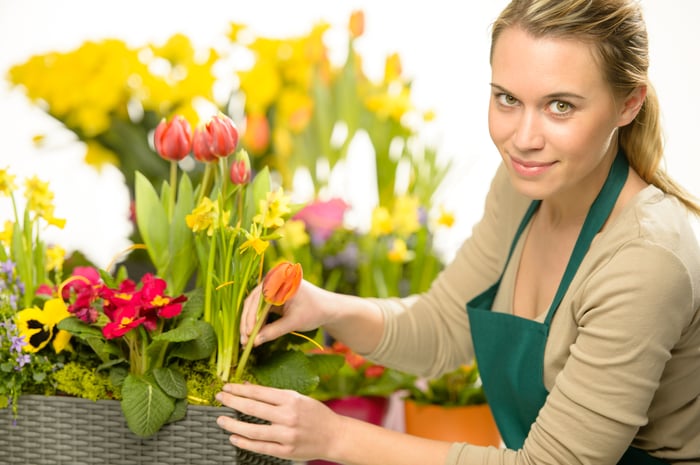 FTD faces serious threats to its gifting business from online rivals. In that context, it's understandable that management would focus on defending its industry perch even at the expense of short-term profits. Its biggest initiatives moving forward are improving the online shopping experience and driving traffic through more aggressive marketing campaigns.

The spending on these strategies will likely cause adjusted earnings to fall to as low as 8% this year from 10.6% in 2016. The key question for the company now is whether that big decline is temporary or just a new normal that reflects FTD's fragile position in a highly competitive industry.