Friday provided much-needed relief to investors, with the market gaining ground in what has been a tough week. Many market participants took their cues from the June U.S. employment report, which included 222,000 new jobs and signs that more people are coming back into the workforce to search for employment. The Dow Jones Industrials were up close to 100 points, while the Nasdaq and S&P 500 posted even larger gains on a percentage basis. Also helping was good news from certain individual stocks, and Rambus (NASDAQ:RMBS), Applied Optoelectronics (NASDAQ:AAOI), and LGI Homes (NASDAQ:LGIH) were among the best performers on the day. Below, we'll look more closely at these stocks to tell you why they did so well.

Shares of Rambus picked up 10% after reports surfaced that the semiconductor company might be looking at putting itself up for sale. The semiconductor specialist has had difficulty making much progress over the past three years, but its results have shown some signs of strength recently. In the first quarter of 2017, the company said that revenue climbed by a third from the previous year's quarter, and adjusted net income was also up sharply. In addition to its historical exposure to the DRAM memory market, Rambus has been looking to broaden its scope, and the introduction of its unified payment platform showed aspects of its security and payments business as a potential avenue for further expansion. Investors in Rambus have gotten their hopes up before only to be disappointed, but this time, some believe that there might be something to the bullish thesis for the stock. 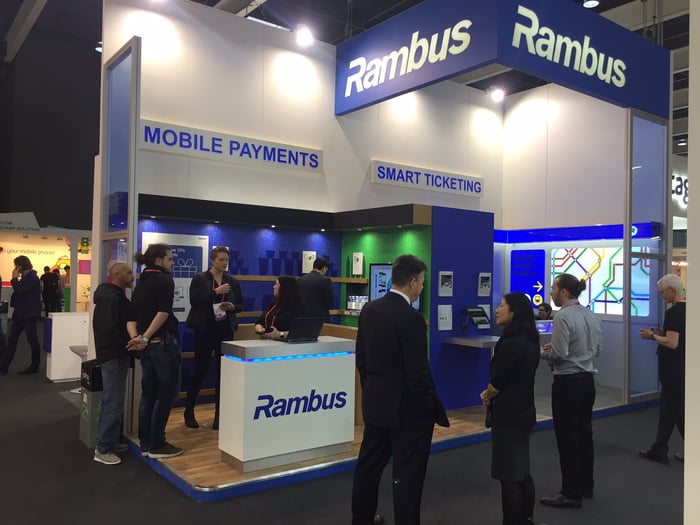 Applied Optoelectronics gets a good reception

Applied Optoelectronics stock rose over 9% in the wake of positive comments from industry analysts. The fiber optics specialist was among the companies mentioned in a report from Needham, whose analysts still believe that the entire industry is worthy of its top "strong buy" rating. The move higher is just the latest in what has been a stellar year for Applied Optoelectronics, and many believe that because major telecommunications network improvements are imminent, fiber optic companies will be called upon to dramatically boost the volume of services they provide. As long as orders keep coming in strong, Applied Optoelectronics will have the opportunity to capitalize on the favorable environment and work to capture the largest possible share of the growing market.

LGI Homes blows the roof off its results

Finally, shares of LGI Homes gained 5%. The homebuilder reported that it closed on 623 homes in June, which was a record and a 75% increase from June 2016 figures. The favorable report extends a positive streak for LGI Homes, which had also seen substantial increases in May and for the entire year to date. Some fear that higher mortgage rates could crimp profits for LGI and its homebuilder peers, but so far, the rise in long-term interest rates on which most mortgages are based haven't climbed nearly as far as the short-term interest rates over which the Federal Reserve wields the most direct influence. Yet the Texas-based company has some advantages over homebuilders in less-popular areas, and that could keep LGI Homes rising even if other players in the industry start to falter.