The investing axiom "Invest in What You Know" is attributed to famed investor Peter Lynch. During his stint as portfolio manager of Fidelity Magellan Fund between 1977 and 1990, the fund posted an annualized return of 29%, beating the market by an astounding 13.4% per year.

Yet investors may be missing out on some of the greatest growth opportunities by only investing at home. Emerging markets provide access to trends that may have already run their course elsewhere, tap into a growing population, or capture a paradigm shift in consumer behavior. 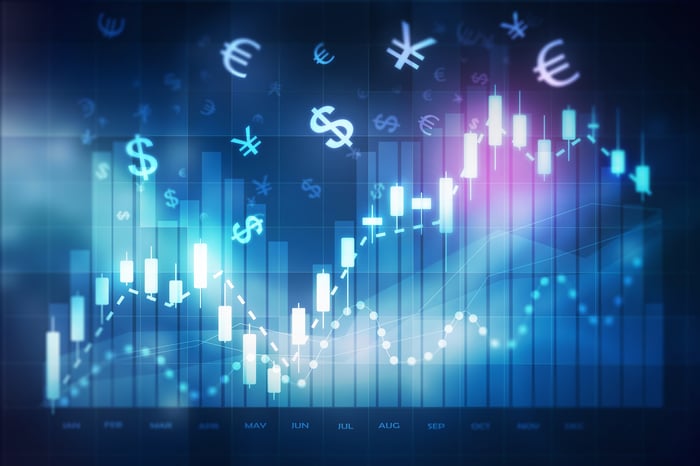 Amazon.com, Inc. is the largest e-commerce retailer in the world, but that doesn't hold true for every country or region. If you live in Latin America, for example, you're more likely to make your online purchases from Mercadolibre, Inc. (NASDAQ:MELI), which often has been called the "Amazon of Latin America." The sale of fixed-priced goods similar to Amazon is only the beginning.

MercadoLibre developed a payment solution for its customers -- MercadoPago -- which is similar to offerings by PayPal Holdings, Inc. Latin America has largely been a cash-based economy, and many customers in the region lack a credit card or even a bank account. MercadoPago provides a way for money to change hands between customers and merchants.

Payment transactions in the most recent quarter grew 60% year over year, to 44.1 million, the ninth consecutive quarter of growth of over 60%. MercadoPago has been so successful, the company has made it available to off-platform merchants, driving further adoption.

MercadoLibre also addressed the issue of unreliable shipping, which plagued its early efforts, with its MercadoEnvios shipping solution. The company partnered with major shippers in its host countries and scheduled shipping directly from its website to ensure timely delivery. 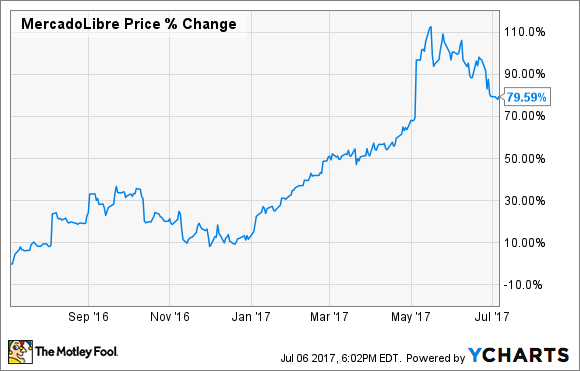 By removing the friction points that kept customers from consummating transactions, MercadoLibre has thrived, even in the face of economic and political turmoil. In its most recent quarter, revenue increased to $274 million, an increase of 79% on a foreign-exchange-neutral basis, and 74% in U.S. dollars. Net income of $48.5 million also impressed, up 60% year over year.

While MercadoLibre has produced astonishing gains, investors should understand that those have not been in a straight line, and the stock has a history of a high level of volatility.

Leader in search and AI in China

Baidu, Inc. (NASDAQ:BIDU) has been called the "Google of China" -- and with good reason. The company is the leader in online search in its home country of China, which hosts a population of more than 1.38 billion people. The comparisons to the Alphabet Inc. search division don't end there.

Baidu has also made big bets in the area of artificial intelligence (AI) like its U.S. counterpart and is arguably the leader in the nascent industry on its home turf. This extends to the field of autonomous driving, where the company recently made the bold move of open sourcing its self-driving platform. It has since partnered with 50 companies to advance the technology. 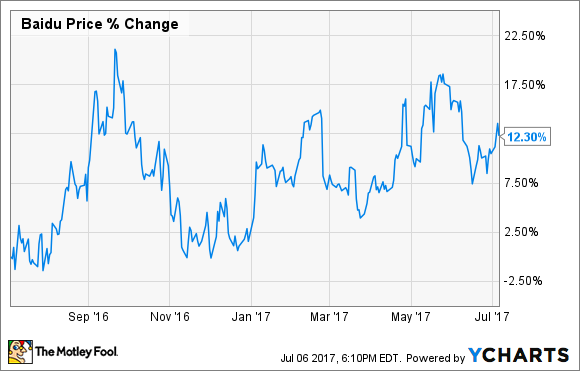 Part of the opportunity presented by Baidu is the market pessimism surrounding its recent challenges. The company was forced to overhaul the screening process for its advertisers to comply with new government regulations in light of several recent scandals. The cost of compliance was high and has weighed on results and the stock price for several quarters. Baidu expects to return to profitability later this year.

In its most recent quarter, Baidu saw revenue that grew to $2.45 billion, an increase of 6.8% year over year, while earnings fell to $258.1 million, a decrease of 10.6% from the prior-year quarter. Though the number of advertisers fell by 23%, those that remained spent 27% more, contributing to the company's revenue growth.

Investors considering an investment in Baidu should understand that they are taking on additional risk for the potential of greater rewards.