The prospect of roads dominated by self-driving cars may transform historical rent-a-car models, but two of the biggest rental companies got a boost recently from unlikely sources.

The frantic pace of progress in artificial intelligence (AI) over the last several years has had a number of unexpected consequences. The rapid development of autonomous vehicles, which have their foundation in AI, has escalated far more quickly than many imagined. Companies the world over, from traditional automakers to big tech, are developing these technological marvels and racing to be the first to market with a self-driving car.

One of the earliest casualties of this movement has been car-rental companies. The specter of autonomously piloted vehicles paired with the surging popularity of ride-hailing services has left the future of rental-car companies in doubt. 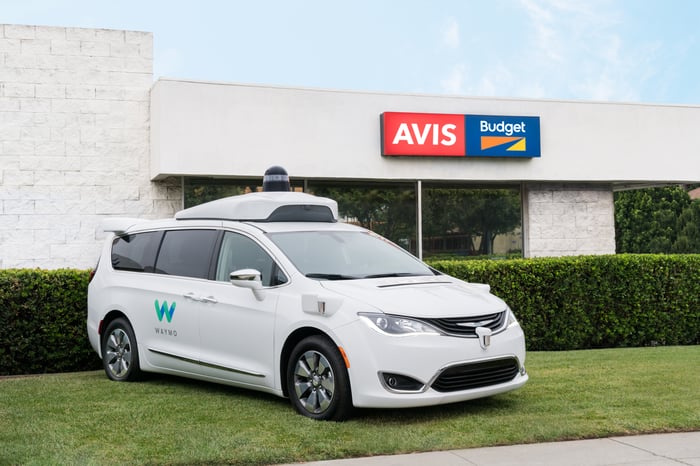 Waymo and Avis pair up

Avis revealed that it had entered into a partnership with Waymo to offer support and maintenance for Waymo's self-driving cars at the company's Avis and Budget car-rental locations. Under the agreement Avis will provide automotive services and secure parking for the Waymo vehicles. Waymo had previously announced that it was building out its initial fleet of 600 Chrysler Pacifica minivans in support of its "early rider" program, which is ongoing in the Phoenix metropolitan area, in towns including Mesa, Chandler, Gilbert, and Tempe, Arizona.

With members of the public using our growing fleet of self-driving cars, our vehicles need standard maintenance and cleaning so they're ready for our riders at any time of the day or night. ... Avis Budget Group is an ideal partner to provide fleet support and maintenance. With thousands of locations around the world, Avis Budget Group can help us bring our technology to more people, in more places.

The ability to service vehicles in locations worldwide is another strategic step in bringing Waymo's vehicles to the masses. In May, it was revealed that Waymo partnered with ride-hailing service Lyft to work on pilot projects and product development to bring the autonomous driving technology into the mainstream.

Bloomberg is reporting that Apple is testing its autonomous vehicle technology on a fleet of cars leased from Hertz, based on a permit filed with the California Department of Motor Vehicles. Apple is leasing a number of Lexus RX 450h sport-utility vehicles from Hertz's fleet-management unit.

Project Titan, Apple's secretive self-driving car project, has recently been confirmed by Apple CEO Tim Cook, who called it "the mother of all AI projects." The program has undergone changes in recent months, as the company moved from plans to develop an autonomous car to focusing on the autonomous drive system. 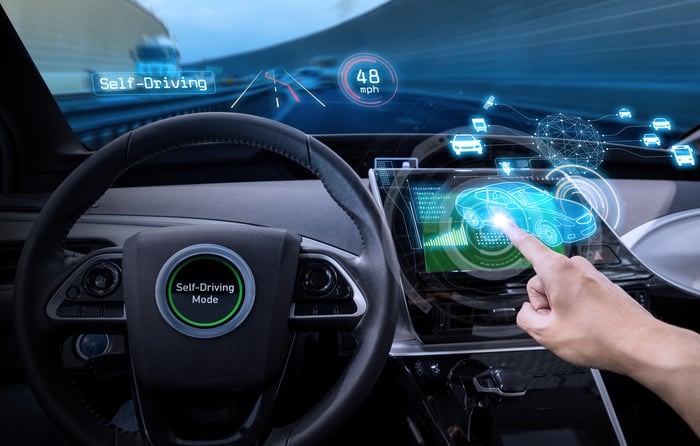 The stakes are high, though estimates vary. The Boston Consulting Group forecasts that the market for partially and fully autonomous vehicles will jump to nearly $77 billion by 2035. Lux Research values the market opportunity at $87 billion. While hard figures are elusive, one thing is certain: The first company with a marketable product in the space will have a tremendous opportunity to reap an outsize portion of the initial profits.

At the same time, car-rental agencies are fighting for their very existence and looking to make a place for themselves in an uncertain future. These developments show that while they may not exist in their current form, there may still be a place for these companies in the ride-hailing, self-driving world to come.