Electric vehicles (EVs) are rapidly growing in popularity. The transition away from gasoline-fueled vehicles to electrically powered ones promises to be a massive and long-term trend.

There are numerous potential ways to profit from this trend, but one of the best is to invest in the world's largest lithium producer Albemarle Corp. (NYSE:ALB). Lithium is essential in making the lithium-ion batteries that are currently the battery type of choice for EVs and look to remain so for some time, though there are entities working on competing battery technologies. 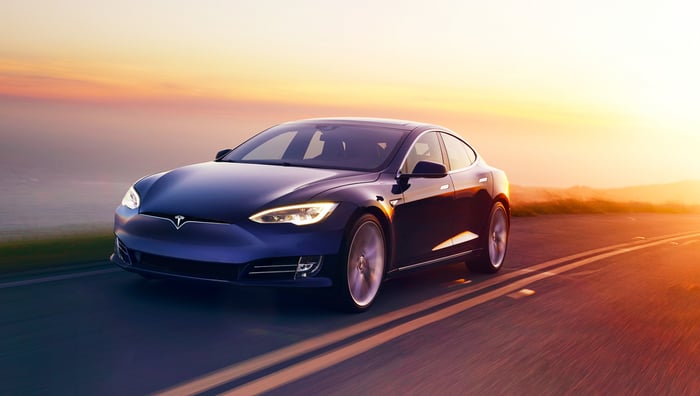 The EV revolution is still in the early innings, but the speed at which the disruption of the traditional auto world is happening is impressive, as the chart below shows. Data source: Statista. Numbers vary based upon source, with Statista's numbers on the low side. Some sources show there were as many as 2 million EVs in use in 2016.

The EV revolution is on the cusp of greatly accelerating, thanks to electric-car maker Tesla, Inc. (NASDAQ:TSLA) and General Motors (NYSE:GM). In late 2016, GM launched its Chevy Bolt, which is the first long-range, all-electric vehicle for the mass market. (Long range is widely defined as getting at least 200 miles per full charge.) The Bolt has a starting price of $37,500 before incentives and has a range of 238 miles per charge.

Tesla is slated to begin delivering its more affordable Model 3 -- which achieves 215 miles per charge -- in July. Initial demand proved stronger than management expected, which prompted the company to accelerate its 500,000-total-vehicles-per-year production target from 2020 to 2018. This goal represents an approximate five-fold increase in one year, as Tesla expects to deliver 47,000 to 50,000 total vehicles in the first half of 2017.

We don't know how many folks currently have a reservation for the $35,000 sedan, but the company confirmed in an SEC filing for a secondary stock offering last May 15 that it held deposits for 373,000 vehicles at that time, which was a month and a half after the Model 3 unveil.

The Model 3's planned launch was the catalyst behind Tesla decision several years ago to build its Gigafactory 1. The humongous Nevada battery factory, a joint venture with Panasonic, will produce the battery packs for the Model 3. It's already producing battery packs for Tesla's stationary energy-storage products. 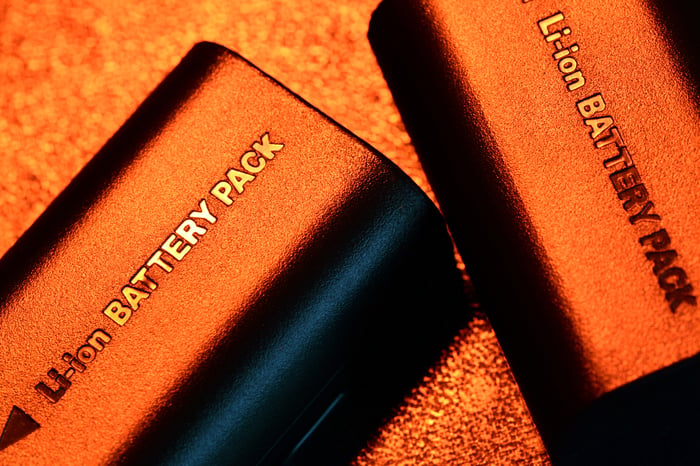 Driven largely by the rising popularity of EVs, demand for lithium has been increasing faster than companies can ramp up production. This has propelled the price of lithium significantly higher, so the top lithium producers have been benefiting from the combination of higher prices for their lithium products, coupled with increased sales volumes.

Not surprisingly, lithium mining stocks were hot in 2016, with the stock of the world's largest lithium producer, Albemarle, returning 56%. Despite a pullback of about 10% in June, Albemarle is having a good 2017, as lithium prices and the company's sales volumes have continued to increase this year. The stock has returned 26.3% through July 6 versus the S&P 500's 8.8% return.

Investing in Albemarle's stock should remain a top way to profit from the mainstreaming of EVs, as well as the burgeoning home-energy-storage market. In addition to being the world's largest producer of lithium, the specialty chemical company's lithium business accounts for a sizable portion of its overall business. In Q1 2017, Albemarle's lithium revenue jumped 58%, to $216.2 million, accounting for 30% of its total revenue. The lithium segment's EBITDA (earnings before interest, taxes, depreciation, and amortization) rose 56%, to $99.9 million, comprising 41% of the company's total EBITDA from its operating units.

Albemarle has three primary sources for its lithium: Salar de Atacama, Chile (a salar is an underground salt lake), Silver Peak, Nevada, and the Talison joint venture (JV) with Tianqi Lithium in Greenbushes, Australia. Lithium is extracted from brine at the first two locations, while Talison is a hard-rock mining operation.

To help meet rising lithium demand, Albemarle has plans to ramp up production. In early 2016, it announced that it received approval from the Chilean authorities to extract enough lithium to increase its annual Chilean battery-grade lithium carbonate production from 24,000 metric tons (MT) to 70,000 MT over the next four years. Earlier this year, it announced another approved production increase -- to 80,000 MT.

In March, the company announced an expansion at Greenbushes that will more than double that operation's lithium carbonate equivalent (LCE) production capacity from 80,000 MT/year to more than 160,000 MT/year. Albemarle has a 50% interest in what's produced at this JV. This expansion is slated to begin in the second quarter of 2019.

Moreover, Albemarle could have another lithium source coming on line -- and it could be a biggie. In September, the company announced that it entered into an agreement with Bolland Minera S.A. for the exclusive exploration-and-acquisition rights to a lithium resource in Antofalla, within the Catamarca Province of Argentina. At the time, Albemarle said that it believed this resource would be certified as the largest lithium resource in Argentina.

In addition to Albemarle, there are two other major lithium producers whose stocks are listed on a major U.S. stock exchange: the industry's second-largest lithium producer, Sociedad Quimica y Minera de Chile, or SQM, and FMC Corp. These are the best three lithium stocks for most investors to buy, as the smaller players are considerably more risky. I favor Albemarle over FMC and SQM primarily because it's closer to a pure play on lithium than is FMC, and doesn't have certain of SQM's risk factors. Chilean-based SQM was embroiled in political and financial scandals not long ago.

Various companies have plans to ramp up lithium production, but new capacity usually takes quite some time to come on line. Given the planned production increases, lithium prices are unlikely to continue for long to increase at the rapid rate they've increased over the last couple of years. However, Albemarle should still benefit from rising lithium sales volumes for a long time, in my opinion.

While the long-term trend still looks good for Albemarle, the stock could have more pullbacks over the near and intermediate terms due to the big run-ups in the price of lithium stocks since early 2016. So investors might consider dollar-cost averaging their way into a full position -- as is always a good idea.