Shares of 3D Systems (NYSE:DDD) declined 8.6% in June, according to data from S&P Global Market Intelligence. 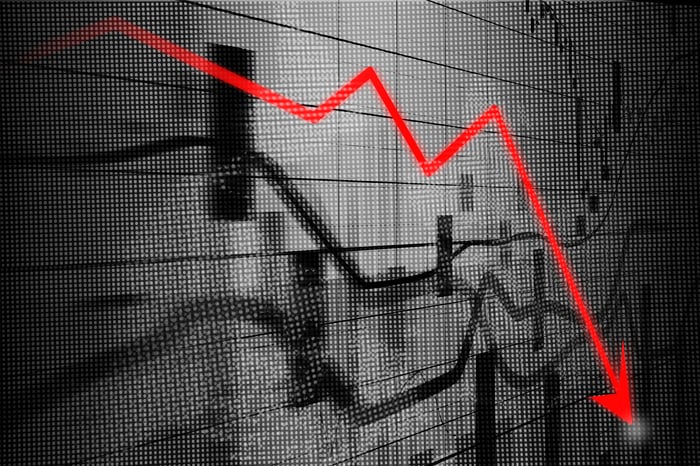 3D Systems stock's pullback in June was simply a natural correction to a stock that had gotten ahead of the company's performance, in my opinion. The stock had been soaring in 2017, gaining 29% in May alone, and more than 70% through mid-May before it began pulling back. For the year, it's now up 37% through July 5.

May's big gain stemmed from the company's first-quarter earnings, released early that month. While the report contained some encouraging signs, it showed the company is still struggling to grow revenue. Following the report, analysts from Wall Street firms Piper Jaffray and Jefferies made some cautiously optimistic comments. Nonetheless, Piper Jaffray only upped its price target on the stock to $14 -- the stock closed at $18.20 on Wednesday -- and maintained an underperform rating on it, while Jefferies edged up its target to $17.50 and maintained a hold rating on the stock.

These actions didn't justify investors driving the stock up sharply to a one-year (and two-year) high of $23.31 per share in mid-May. So June's stock price drop simply seems to be the stock continuing to come back down to Earth after what I consider an essentially unjustified climb.

3D Systems stock's June price drop was an unsurprising correction to a stock that had run up too far, too fast. The company's business is materially unchanged, so there's no reason for investors to change whatever course they've chosen.

The stock's big pop in May following the analysts' comments and subsequent June drop is just one reason that investors shouldn't pay too much attention to Wall Street's ratings and comments (unless you like taking roller-coaster rides). Instead, focus on how the company's business is performing by monitoring its quarterly earnings.