Please ensure Javascript is enabled for purposes of website accessibility
Log In Help Join The Motley Fool
Free Article Join Over 1 Million Premium Members And Get More In-Depth Stock Guidance and Research
By Rich Duprey – Jul 9, 2017 at 11:47AM

The celebrity-backed beverage probably won't be worth the marquee price tag it's fetching.

Diageo (DEO -2.87%) must have stars in its eyes if it really thinks George Clooney's tequila, Casamigos, is worth a third of what the company was willing to pay for the entire house of Cuervo. Although a case could be made that the approximately $1 billion purchase price for the high-end tequila brand will pay off, it's more likely Diageo is going to wake up one morning with a very severe hangover and regrets about last night's bar tab.

There's no doubt tequila is the hot drink of the moment. Fortune points out that high-end tequila sales have surged 365% over the past decade, while vodka is up 143%, and bourbon, which was one of the biggest winners last year, has risen only 282%. Yet that also indicates that consumer tastes are always changing. 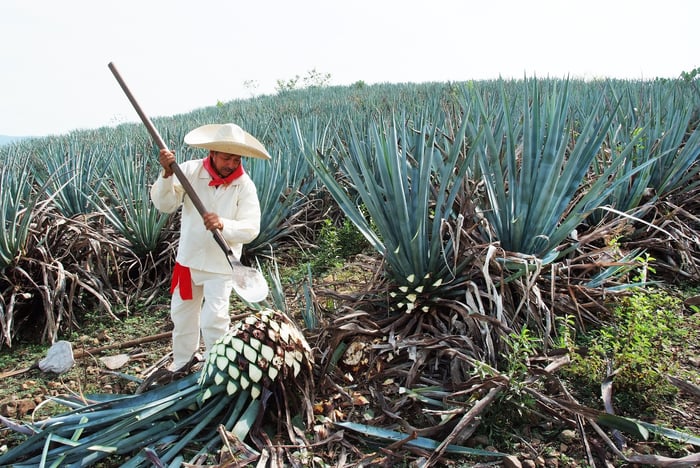 Only a few years ago, it was the high-end vodka market that was pushing super-premium labels like Diageo's Ciroc to become a $100 million brand. As more women began drinking liquor, fruit-infused and candy-flavored vodkas helped expand the category so it comprised more than a third of the entire spirits segment.

But now, whiskey is undergoing a similar metamorphosis, due in large part to the popularity of flavored whiskies like the cinnamon-flavored Fireball and Brown-Forman's honey-flavored Jack Daniel's brand, Tennessee Honey. The "browns" of the market are enjoying tremendous popularity with the Distilled Spirits Council of the U.S. (DISCUS) saying that bourbon, Tennessee whiskey, and rye enjoyed an 8% jump in sales in 2016 to $3.1 billion, with volumes rising 6.8% to 21.8 million cases. Cognac did even better, rising 13% for the year, and Irish whiskey jumped almost 19%.

It should be noted that DISCUS puts the growth rate for premium tequila sales at a decidedly slower pace than Fortune did. It says tequila volumes in the U.S. grew from 795,000 9-liter cases in 2006 to 1.6 million cases last year, or about 105%. Super-premium tequila sales grew 142% in the same period. It does note that high-end and super-premium sales are witnessing the fastest growth, coming out of relative obscurity in 2002 to sell 4.5 million cases last year, but they're still only 40% of the sales of value and premium tequilas.

This is why Diageo's purchase of Casamigos is going to be hard to swallow. In its announcement of the acquisition, Diageo says the high-end tequila sold 120,000 cases last year and is expected to sell 170,000 cases in 2017. Casamigos had virtually no sales whatsoever outside of the U.S., giving it the potential to greatly expand through international sales.

Still, that doesn't necessarily justify the price. When Diageo's distribution agreement with Casa Cuervo expired in 2013, it was reportedly willing to buy the entire family-owned business for $3 billion. While Cuervo represented a comparatively small portion of the distiller's top line, it still contributed net sales of $484 million and operating profit of $119 million. 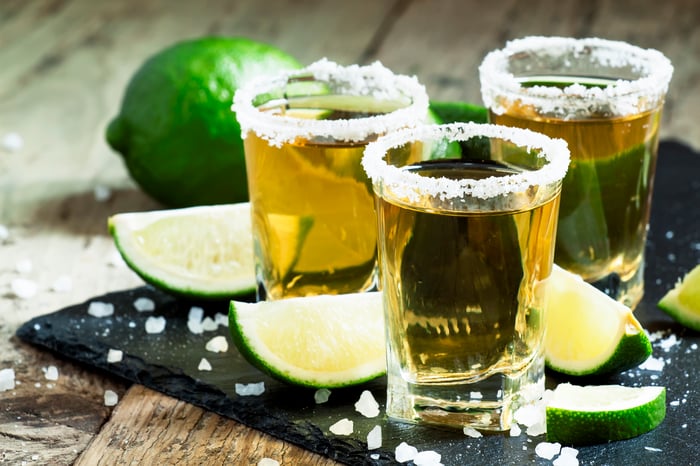 Casamigos doesn't offer much of anything except the Clooney name. While the headline purchase price of $1 billion is a bit of a misnomer, since only $700 million will be paid upfront, with an additional $300 million in earn-outs paid over the next 10 years if the company hits unspecified performance goals, it's still a pricey acquisition for a brand with relatively insignificant sales.

Diageo ended up acquiring the high-end Don Julio tequila from Cuervo almost two years after splitting with Cuervo in a brand swap that saw it also receive $408 million in exchange for its Bushmills Irish whisky. Don Julio has since become one of Diageo's best brands.

Maybe that's why the company feels another high-end brand can make similar gains, but its previous deals with celebrities, such as with rap impresario Sean Combs for the super-premium tequila brand DeLeon, don't seem to have moved the needle much and in fact, contributed a nearly $12 million operating loss last year.

It's possible George Clooney's star power can generate enough sales to warrant the price tag (and earn-outs), but it seems equally probable that consumers will have moved on to the next new thing in spirits by then, and all Diageo will have to show for its drunken tequila binge will be a cool tattoo.