Internet-connected drones, smartphone plans for Prime members, and a smarter Alexa assistant all top the list.

The Wall Street Journal published an article last week that said that Amazon (AMZN -1.57%) CEO Jeff Bezos and Dish Network (DISH -2.19%) CEO Charlie Ergen have talked about partnering together on a wireless business. No deal has been announced and nothing has been finalized, but there are some clear opportunities for Amazon if a wireless partnership between the two companies does emerge. 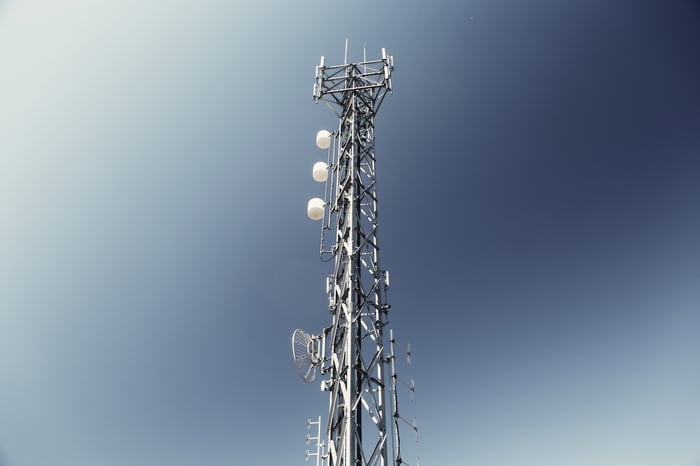 Why Amazon may want this partnership

While neither company has confirmed any deal is in the works right now (and Amazon is apparently not interested in acquiring Dish), Amazon could potentially share cellular airwaves with Dish so that it can control a fleet of delivery drones, offer a monthly cellular plan for Prime members, or better control how its Dash buttons connect to the Internet. Other possibilities include a one-way broadcast for Prime video (instead of relying on Internet service providers), and adding location-based responses for Amazon's Alexa-powered devices.

Aside from the idea of launching a phone service for Prime members, most of the ideas above are simply improvements to what the company is already doing (or, in the case of drones, testing). So the primary benefit for Amazon creating a partnership with Dish would be to give it more control over current operations, and not necessarily to create new revenue streams. More control over existing services is great, but it's not exactly something that investors should get all that excited about.

What's still unclear is how much this could cost Amazon. There was no estimate on how much Amazon might pony up for such a deal, but investors should keep in mind that building out wireless networks -- as Dish is doing -- is very expensive.

Verizon Communications (VZ -1.73%) is expected to spend about $17 billion in capital expenditures this year, and AT&T's could hit $22 billion. Not all of that will come from building out their networks, but much of it will. Verizon CFO Matt Ellis said on the company's fourth-quarter 2016 earnings call that "you should expect to see that CapEx will continue to be focused on the network side of the business as we go into 2017."

As such, if Amazon agrees to help spend capital to build out a network in partnership with Dish, it could end up being a costly venture.

Don't make any moves on this rumor just yet

Rather than making any investment moves on this rumor, investors should just take note that Amazon is simply looking into how it can expand its services through wireless networks. Eventually, that could bring the company more control over its products and services, and perhaps give it an improved path to introduce new ones down the road -- but changing your investment strategy because of this rumor at this point would be pure speculation.