There's no shortage of gloomy headlines today regarding Tesla (NASDAQ:TSLA) sales hitting a minor roadblock in Hong Kong, based on vehicle registration data from the city. There were precisely zero new Tesla vehicles registered in Hong Kong during the month of April, which is likely due to the fact that Hong Kong recently decided to eliminate electric vehicle (EV) incentives effective April 1.

The Wall Street Journal reports that the change increases the base price of a Model S from approximately $75,000 to upwards of $130,000. That's a pretty massive bump, which inevitably hurts demand. Should investors be concerned?

Model S and Model X sales are sensitive to incentives due to their high price points. Image source: Tesla.

"one city on earth"

First of all, the news should not come as a surprise, as Tesla discussed its performance in Hong Kong briefly on the last earnings call. Goldman Sachs analyst David Tamberrino asked about the expiration of the incentive and whether or not that was impacting demand. CEO Elon Musk replied, "Yeah. I mean, there was some pull-forward of demand in Hong Kong, that's one city on earth. So it doesn't impact our ability to achieve our delivery target for Q2."

In fact, it appears that the pull-forward helped Tesla sell even more vehicles than it otherwise would have, albeit these sales were recognized in the first quarter. Registrations do not equal sales, but it's a close proxy since a vehicle registration follows a sale in short order. There were 2,939 Tesla vehicles registered in Hong Kong in March, more than the number of Teslas registered in the prior 10 months combined (2,520). 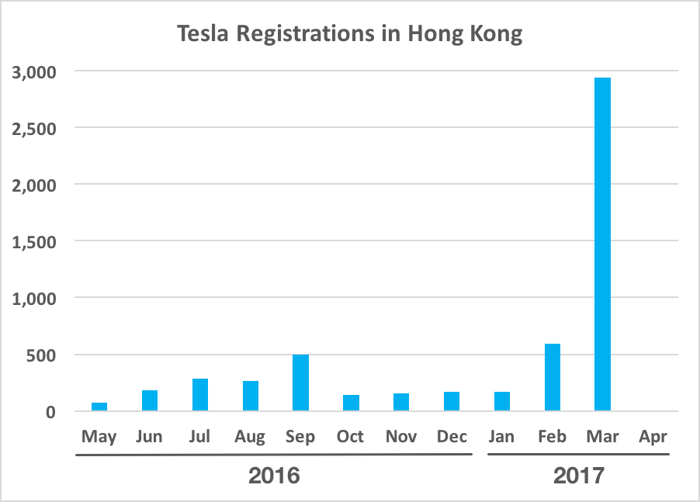 For reference, Tesla delivered a record 25,051 vehicles in the first quarter. There were nearly 3,700 Tesla vehicles registered in Hong Kong during that time frame, suggesting that Hong Kong comprised roughly 15% of Q1 deliveries (same caveat that registration data is only a rough proxy for sales).

Musk is right, though: Hong Kong is just one market, albeit an important one (Musk once referred to Hong Kong as a "beacon city" that should "serve as an example to the rest of the world on what to do").

Incentives will become irrelevant in a few years

Perhaps more importantly, the presence or absence of incentives should have a much more limited impact on Model 3 due to its lower $35,000 price point. Incentives may make or break a purchase decision for a $70,000 vehicle, but less so for a $35,000 vehicle. 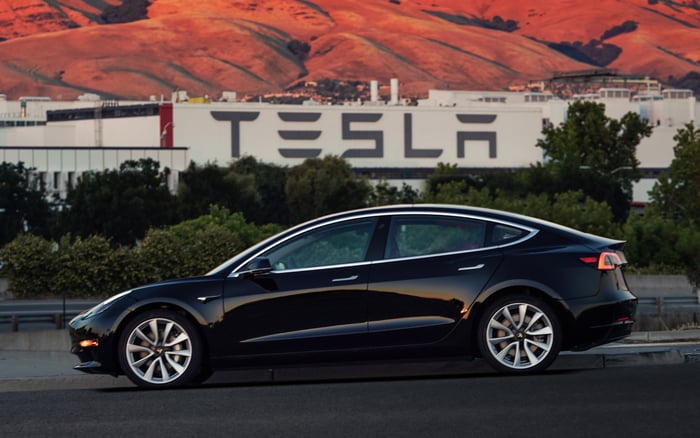 Categorically, EVs are rapidly approaching cost competitiveness with gas cars when factoring in total cost of ownership. Bloomberg New Energy Finance predicts that the tipping point will be around 2025. Simply put, the relevance of incentives is only going to decline in the years ahead, which means investors should expect less volatility in sales figures related to incentives.