The new service centers around hiring Amazon experts to help consumers set up and install smart home solutions, which range from smart thermostats to home entertainment systems, home security systems, smart light bulbs and switches, wireless networking, and even sprinkler systems. And you can be sure Amazon will be keen to educate customers on how Amazon products like Alexa and Fire TV can fit into the broader smart home equation. 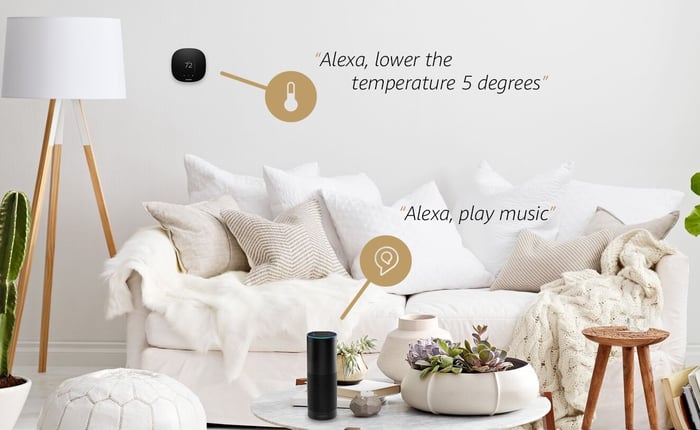 To be clear, Amazon's offering seems more than anything like Best Buy's recently announced "Best Buy Smart Home powered by Vivint" service, which it plans to make available in over 400 locations in time for the coming holiday season.

With that in mind, investors should note the limited geographic launch of the Amazon Smart Home service won't have an immediate impact on the vast majority of competitive Best Buy locations. But it's also hard to blame investors for their concern, given Amazon's propensity for industry disruption, so it's no surprise to see Best Buy shares pulling back today.