Shares of STMicroelectronics (NYSE:STM) fell 12.7% in June 2017, according to data from S&P Global Market Intelligence.

STMicro's pain started on June 8, as a widely circulated research note from analyst firm Goldman Sachs conjectured that high-tech stocks were overvalued in general and well overdue for a big correction. The report led to large negative trades on many high-flying tech stocks. The effect will probably last until the next earnings season rolls around next week, filling the gaps in Goldman's argument with real-world data.

As one of the largest semiconductor specialists in the world, and a direct supplier to many of the other plunging tech businesses, STMicro felt the heat. 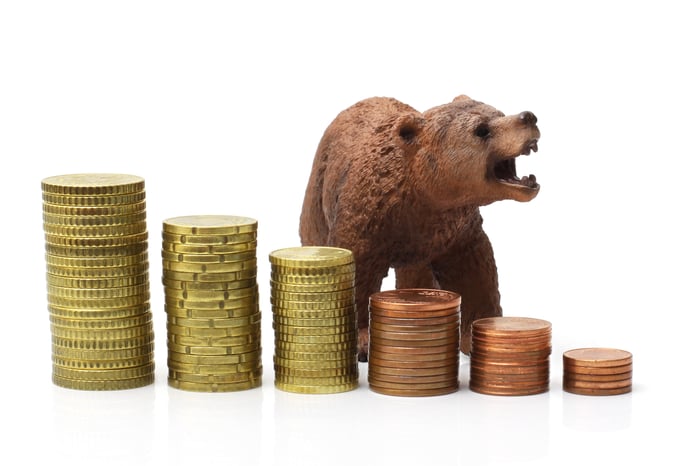 STMicroelectronics was more open to a correction than most of its peers, because the stock has been on an absolute tear over the last year. Even after June's big drop, shares have gained a staggering 165% over the last 52 weeks and are trading at 43 times trailing earnings.

Before you write STMicro off as just another overvalued hype machine, note that it's a turnaround story with brightening prospects. As the company wades deeper into hand-picked target markets such as the Internet of Things and automotive computing, analysts currently peg STMicro's valuation at an eminently reasonable 15 times forward earnings. I would not be surprised to see this stock picking up steam again, no matter where the tech giants in are going next.