What kind of stocks do retirees need? Dividend stocks with reliable dividends are at the top of the list. And if those dividends are likely to grow in the future, that's even better.

With these criteria in mind, we asked three Motley Fool investors which dividend stocks they would suggest for retirees. Here's why they suggested Walgreens Boots Alliance (NASDAQ:WBA), Wal-Mart (NYSE:WMT), and W.P. Carey (NYSE:WPC). 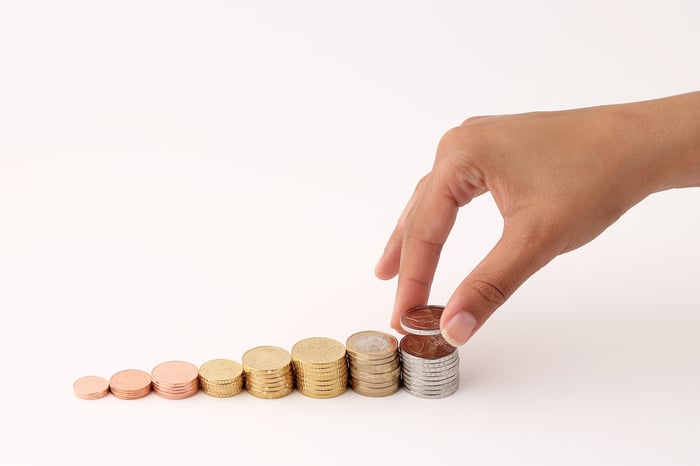 A prescription for long-term success

Just because Walgreens could grow significantly doesn't necessarily make it a great dividend stock for retirees. But it doesn't hurt. The addition of the Rite Aid stores would give Walgreens more economies of scale and allow it to expand into several new key markets.

What about Walgreens' dividend? Its 1.92% yield might not inspire awe. However, retirees should be able to count on the seeing the dividend checks continue to flow. Walgreens is a member of the elite group of Dividend Aristocrats and has increased its dividend for 41 consecutive years. The company currently uses less than 38% of earnings to fund the dividend program, so there should be no problems with keeping that streak going uninterrupted.

Even better, Walgreens appears poised for solid growth in the future -- even if the FTC nixes its plans to buy the stores from Rite Aid. Analysts project that the pharmacy retailer should be able to increase earnings by an average of 12% annually over the next five years. That growth, combined with a solid and steady dividend, makes Walgreens Boots Alliance a great long-term pick for retirees.

Tim Green (Wal-Mart): It may seem risky to invest in a retailer not named after a river in South America. But Wal-Mart is no ordinary retailer. The company has managed to steer clear of the trouble brewing in the retail sector, growing comparable sales at a time when retail bankruptcies are on the rise. A 1.5% increase in store traffic during the first quarter is evidence that low prices can still drive customers to their local store. 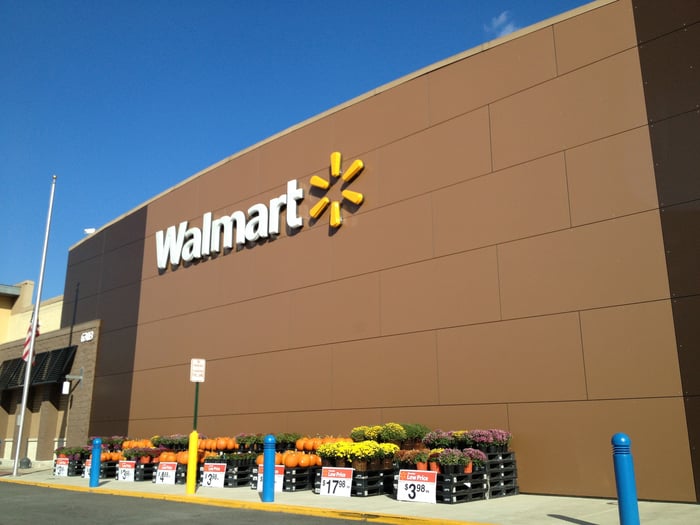 Wal-Mart is also pushing hard when it comes to e-commerce. The company paid around $3 billion for Jet.com last year, placing Jet founder Marc Lore in charge of its entire e-commerce operation. This move has introduced an aggressiveness into Wal-Mart that has been lacking in recent years. The company launched free two-day shipping on orders over $35 earlier this year, a direct threat to Amazon Prime, and it began offering discounts on certain online orders picked up in-store. These moves have paid off -- online sales soared 63% year over year during the first quarter.

Wal-Mart's store business is going strong, and its e-commerce business is growing at a blistering pace. The company isn't going anywhere, and it may be the only retailer that can truly go toe-to-toe with Amazon. This advantage should give retirees eyeing Wal-Mart as a dividend stock some comfort. Wal-Mart stock currently yields about 2.7%, and that dividend looks sustainable given Wal-Mart's performance in the face of a changing retail landscape. If there's any retail stock that should be part of a dividend portfolio, it's Wal-Mart.

Matt DiLallo (W.P. Carey): Real estate investment trust (REIT) W.P. Carey has all the characteristics a retiree could want in an income stock. Topping that list is the fact that the company generates very predictable cash flow because long-term leases underpin the 900 properties it owns around the globe. In fact, the company has leased 99.1% of its available space to tenants that have an average remaining term of 9.6 years. Even better, 99% of those agreements contain contractual rent increases, which will provide the company with inflation-beating income growth.

That stability enables W.P. Carey to pay out the bulk of its cash flow to investors through dividends, which currently yields slightly more than 6%. That yield is on solid footing, since the company only expects to pay out around 76.5% of its cash flow this year. The company further supports its dividend with a top-notch balance sheet, including an investment-grade credit rating backed by low leverage metrics of 47.9% debt as a percentage of total assets and 5.7 times debt-to-Adjusted EBITDA, which are low levels for a REIT. Further, it has minimal interest rate risk since its debt is fixed rate, and the bulk doesn't mature for several years.

Not only is W.P. Carey's current dividend sustainable, but it also has a long history of raising its dividend, recently notching the 19th consecutive annual increase. Driving those increases are contractual rent growth and the company's ability to invest capital and build or buy new properties that grow earnings. Last year, for example, the company spent $544 million on three portfolio acquisitions and a build-to-suit opportunity, which it financed by selling $636 million of lower returning assets. Meanwhile, the company expects to invest $60 million this year on redevelopment and expansion projects, and it has plenty of dry powder for acquisitions. These deals should enable the company to continue growing cash flow, which should support further dividend increases.

Add it all up, and W.P. Carey offers retirees a low-risk income stock that pays a well-supported high current yield that should continue growing in the years ahead.