Intel's lower-end Core X processors may not be gaining much traction among the do-it-yourself personal computer building crowd. 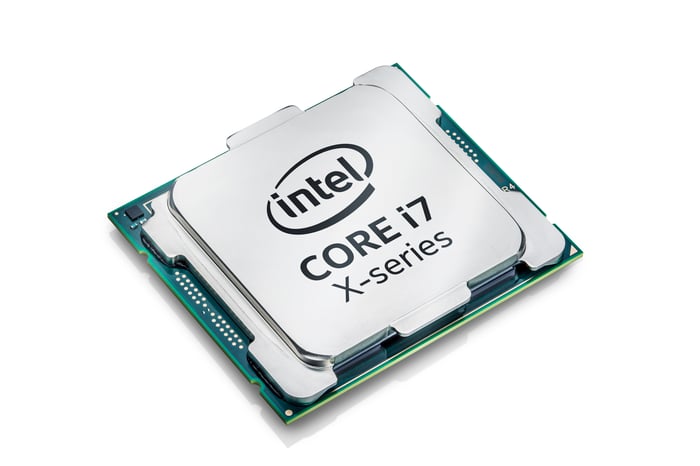 The Kaby Lake-X parts -- known as the Core i7-7740X and the Core i5-7640X -- are also a touch faster than their mainstream counterparts because Intel runs the former at slightly higher frequencies than it does the latter.

Based on a couple of useful data points -- the popularity rankings of these chips on Amazon.com (AMZN 2.10%) and Newegg.com -- it seems that the Kaby Lake-X chips aren't too popular with the "do-it-yourself" personal computer builder crowd.

On Amazon.com, the Core i7-7740X ranks 45th among the 100 most popular processor products on Amazon. Considering how readily available the 7740X is (Amazon.com indicates that the chip is in stock and ready to ship), and given that it's a new release, this isn't particularly good.

To be fair, the 7740X is more popular on Amazon.com than the higher end Core i9-7900X or even the Core i7-7820X -- two new, higher-end releases from Intel -- but the 7900X and 7820X have been out of stock on the website for quite some time, which will certainly have an impact on the popularity of those chips (Amazon's rankings are updated hourly).

On Newegg.com -- another popular vendor of personal computer processors into the do-it-yourself market -- the 7740X is similarly unpopular. Among the 32 best-selling desktop processors on the site, the in-stock 7740X ranks 21st.

Here's why it's unpopular

The Kaby Lake-X parts aren't bad processors. Their mainstream counterparts -- the Core i7-7700K and the Core i5-7600K -- are the two most popular processors on both Newegg.com and Amazon.com.

The problem that everyone seems to have (at least based on the several reviews of these chips that I've read) is that the platform costs associated with the Kaby Lake-X parts are significantly higher than those with the mainstream Kaby Lake-S parts.

I'll make it concrete for you. Here are the prices to put together systems based on Kaby Lake-S and Kaby Lake-X processors, respectively. Think of these as the minimum costs to get each processor up and running with all their features enabled (e.g., overclocking). Note that I am not gunning for feature parity -- just the bare minimum to get these processors into systems.

Clearly, the Kaby Lake-S system is cheaper to get up and running while being virtually the same from a processor perspective (some websites reported better overclocking headroom for the 7740X versus the 7700K, but it's not a huge delta) due to both lower motherboard costs as well as lower processor costs, though the price reduction on the Kaby Lake-S parts seems to be a very recent -- possibly temporary -- development.

Now, this isn't to say that there's no benefit to going with a Kaby Lake-X system over a Kaby Lake-S system for a computer builder. A system built around Kaby Lake-X is going to give the buyer many more potential upgrade paths (in fact, the Kaby Lake-S-based motherboards could be "dead ends" as far as future processor upgrades go), and there is the seemingly higher frequency potential of the 7740X over the 7700K.

At the end of the day, though, Kaby Lake-X looks to be off to a relatively muted start among the do-it-yourself crowd.