Please ensure Javascript is enabled for purposes of website accessibility
Log In Help Join The Motley Fool
Free Article Join Over 1 Million Premium Members And Get More In-Depth Stock Guidance and Research
By Ashraf Eassa - Jul 11, 2017 at 8:30AM

This jilted Apple supplier needs to move on.

Anybody who pays attention to Apple (AAPL -0.44%) supply chain stocks is likely aware of the recent drama between Apple and its longtime graphics processor supplier, Imagination Technologies (NASDAQOTH: IGNMF).

As a refresher, Apple had licensed graphics processors for many years, which it then incorporated into its custom-designed A-series processors that power its iPhone, iPad, Apple TV, and more. Imagination Technologies, as a result, received royalty payments for each Apple A-series processor shipped. 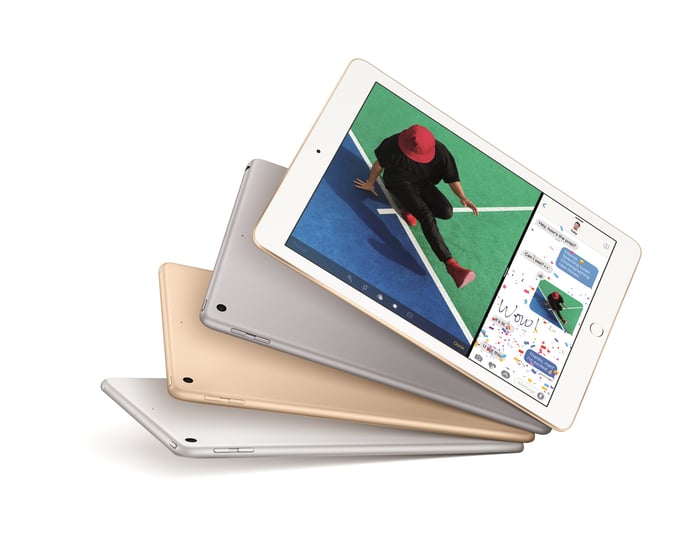 Since Apple wouldn't be using Imagination's intellectual property, Imagination would no longer receive royalty payments for each A-series processor that Apple sold.

Imagination is heavily dependent on Apple, with sales to Apple making up roughly half of Imagination Technologies' entire revenue base and well over half of its PowerVR graphics revenue (Imagination also has CPU core and communications intellectual property licensing businesses).

Understandably, Imagination is likely extremely upset about Apple's new technical direction. However, I think Imagination is handling this situation rather badly and is coming off as a bit ridiculous in some of its statements.

Back in April, when Imagination disclosed the situation with Apple, Imagination said the following, "Apple has not presented any evidence to substantiate its assertion that it will no longer require Imagination's technology, without violating Imagination's patents, intellectual property, and confidential information. This evidence has been requested by Imagination, but Apple has declined to provide it."

I don't think it's reasonable to share such details with a former supplier, especially a supplier that sells technology to Apple's competition and is quite possibly going to be purchased by an Apple competitor.

Imagination also said that it "believes that it would be extremely challenging to design a brand new GPU architecture from basics without infringing its intellectual property rights, accordingly Imagination does not accept Apple's assertions."

Imagination makes a good point here -- it would be "extremely challenging" to build a new graphics processor from the ground up. Additionally, trying to avoid infringing on Imagination's "intellectual property rights" would add an extra layer of difficulty.

However, it's important to put this into perspective. Apple has more financial resources at its disposal than virtually any other chip company on the planet. It also has a demonstrated track record of building best-in-class chip technologies, with its chip technology only becoming more impressive over time.

If so many other smaller, lesser-funded companies can build capable mobile graphics processors without infringing on Imagination's intellectual property rights, why can't Apple?

Get over it, Imagination

At the end of the day, I think the odds are reasonable that Apple has done its homework and should bring to market graphics processors that don't infringe on any other companies' intellectual property rights, including Imagination's.

Moreover, I expect that Apple's in-house graphics processors will prove quite superior to Imagination's in terms of performance and power efficiency, ultimately leading to a better user experience for Apple customers than Imagination's tech could deliver.

Imagination needs to accept that Apple has outgrown it and move on.