Daring Fireball's John Gruber recently put out some thoughts on how Apple (NASDAQ:AAPL) may price its next-generation iPhone models. Gruber argued that $1,200 "is quite likely as the starting price" for Apple's upcoming premium iPhone with an OLED display, "with the high-end model" -- that is, the higher-end storage configuration of the premium iPhone -- coming in at either $1,300 or $1,400.

Although some may balk at such expensive iPhone models, I really like the idea and wholeheartedly encourage Apple to launch them. Here's why. 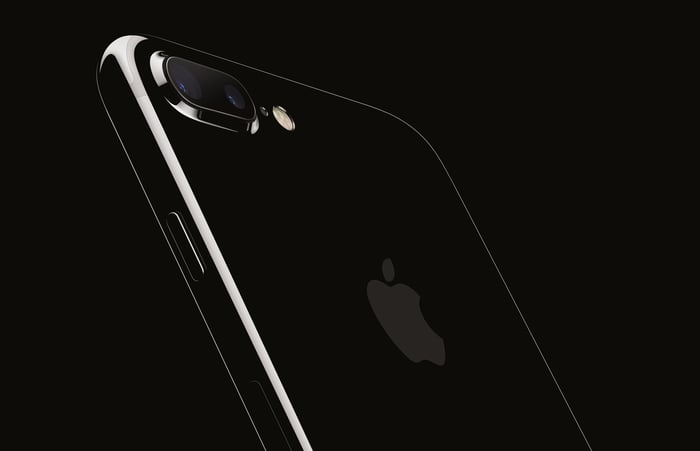 Those who want more should get more

This, Gruber continues, "prevents Apple from using any components in new iPhones that can't be produced at a rate of 20-25 million per month, or roughly a rate of 1 million per day."

By releasing "standard" iPhone models at roughly the same price points that the current iPhone 7 and iPhone 7 Plus occupy as well as "premium" models that use harder-to-build and more expensive components at higher price points, Apple can better serve its customer base.

There are individuals for whom the iPhone is their most important and/or cherished technological device and they'd gladly pay more so that they can get the best technology that can possibly be put into a smartphone.

However, there are individuals for whom paying extra isn't going to happen. Apple must, of course, continue to build compelling products for those customers, too -- Apple can't afford to "phone it in" (no pun intended) on these more mainstream products.

At the same time, though, it shouldn't punish the more enthusiastic about iPhone among its customer base by holding back on innovative technologies and features because they can't be made "for a certain price at a certain incredibly high quantity."

Gruber thinks that this strategy "makes sense, and arguably is overdue."

Such segmentation is hardly new in the computing industry or, frankly, even in the smartphone industry. Many smartphone vendors have different lines of smartphones targeting a very broad range of price points from entry-level $100-$150 devices all the way to premium iPhone competitors.

Now, I don't think Apple should take this segmentation to the extreme and try to compete in the entry-level portion of the smartphone market (the $399 entry-level iPhone SE is probably as low as Apple ought to go).

However, I think that applying such standard segmentation techniques to pushing up the price ceiling of its iPhone product line (perhaps significantly so) -- if it ultimately leads to Apple delivering better, more exciting user experiences to its most enthusiastic customers -- makes it a no-brainer.

With the company reportedly gearing up to start to do just that this year with the next set of iPhone models, I can't wait to see what impact this has on Apple's business in terms of unit shipments, iPhone average selling prices, market share, and profits.