Packaged foods specialist Campbell Soup (NYSE:CPB) shed 14% through the first half of 2017 according to data provided by S&P Global Market Intelligence. The decline puts shareholders well behind a broader market that's up 7% in this short time frame. 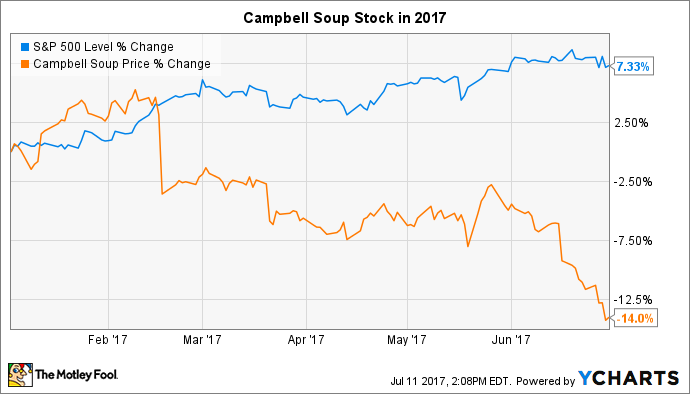 Data is for the first six months of 2017. ^SPX data by YCharts

"I am not satisfied with our sales performance this quarter," CEO Denise Morrison said in a press release at the time. 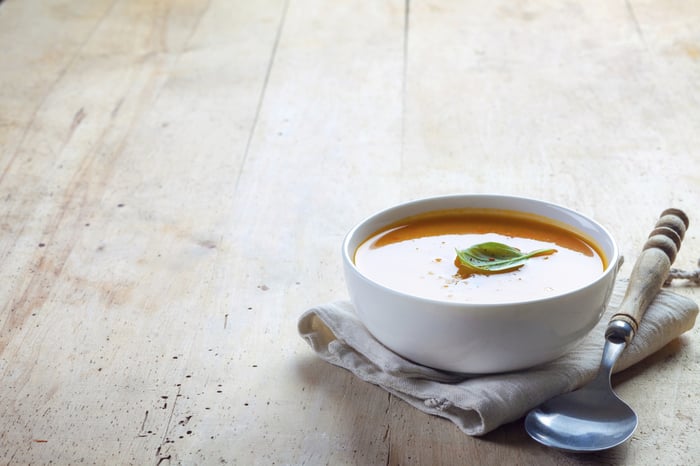 Campbell Soup's operating trends improved slightly in the following quarter, but remained negative as organic sales growth slipped by 1% and adjusted profit margin ticked down to 36.6% of sales from 37%.

Morrison and her executive team are facing a difficult competitive environment that's forcing most participants to cut prices. The company is adjusting by lowering its costs, and by speeding innovation around healthier, more convenient meals and snacks.

The company isn't projecting an improving demand picture over the next few months, though. In May, executives lowered their sales guidance and now expect full-year 2017 revenue to tick lower by as much as 1%. The good news is cost cuts will allow for slightly higher earnings. However, the stock isn't likely to rebound until investors see evidence of a return to a solid growth pace following years of declining volume.