Shares of II-VI (NASDAQ:IIVI) rose 14.3% in June 2017, according to data from S&P Global Market Intelligence.

The maker of optoelectronic components, laser systems, and engineered materials introduced a new line of fiber laser combiners on June 6, and ramped up production volumes of a popular laser diode two days later. Both of these announcements are potentially good news for II-VI's laser cutting and welding business. Citing strong demand for high-powered lasers, the company is doubling its production in that category in 2017. 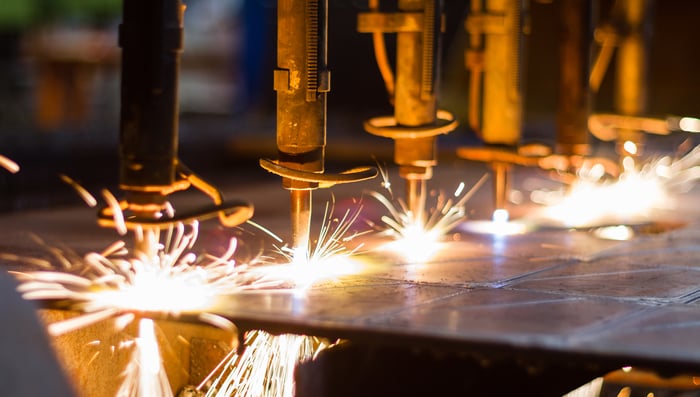 The product announcements really were good news, but honestly, the share price gains represent more of a return to rationality among investors after its third-quarter earnings report on May 2. Though the company beat analysts' expectations across the board, II-VI saw its share prices tumble 12% lower due to soft fourth-quarter guidance.

Given some time to think it over, investors now appear ready to forgive II-VI for that slightly disappointing short-term guidance and refocus on the company's 19% year-over-year revenue growth and 50% earnings increase. All told, II-VI shares have now gained 89% over the last 52 weeks.