Some years ago, billionaire Randal J. Kirk took over a relatively unknown biopharma company called Intrexon (NASDAQ:PGEN), invested hundreds of millions of dollars of his own money into it, and gradually built it into an engineered biology conglomerate valued at over $3 billion today. It can be a little difficult to keep track of developments, especially with business segments and R&D projects that span therapeutics, public health, transportation fuels, industrial chemicals, agriculture, and more.

While there's untapped potential in each R&D project and attractive opportunities being chased, there are also several sizable challenges facing the billionaire-led stock. Here are three things investors should take into account when it comes to Intrexon. 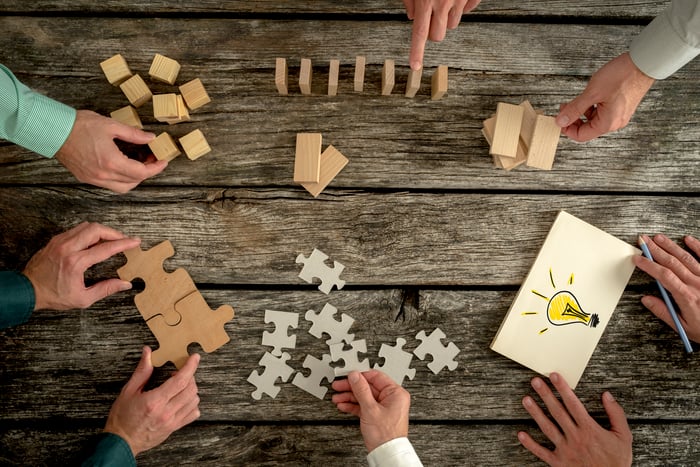 The single biggest challenge facing the company is its ability to diversify its top line. Analysts love that Intrexon has grown revenue 700% from 2013 to 2016. However, they often fail to acknowledge that most of this growth is derived from extracting licensing fees and milestone payments from collaborations with small- and micro-cap companies. Several have already failed. Others aren't very promising.

Consider that an uncomfortably high percentage of total revenue comes from these risky sources, including Ziopharm (NASDAQ:ZIOP) -- which is completely dependent on Intrexon technology -- start-ups created for and by Intrexon through its Harvest Fund, and other investment funds created by the conglomerate.

The best way to diversify the revenue mix away from collaboration and licensing revenue, which comprised 61.5% of total revenue in the first quarter, is to commercialize technologies into marketable products. Progress has been encouraging, with three product portfolios expected to ramp up considerably in 2017 and beyond, but the growth may not come fast enough to mitigate risks from other parts of the business.

One big factor that always seems to impede biotech products is regulation. It's all well and good to develop innovative products that completely change an industry, but needing to adapt or create legal frameworks to make it work is painfully slow.

Intrexon has found this out the hard way. Its leading product portfolio -- genetically engineered mosquitoes deployed to combat wild populations of disease-carrying mosquitoes -- has been delayed by regulatory hold-ups in the United States. And although it's progressing in South America out of dire need to keep mosquito-borne diseases in check, the regulatory approvals there are either incomplete or continuing to weigh on fully launching the technology. That hurts considering it could be worth hundreds of millions of dollars in revenue annually. 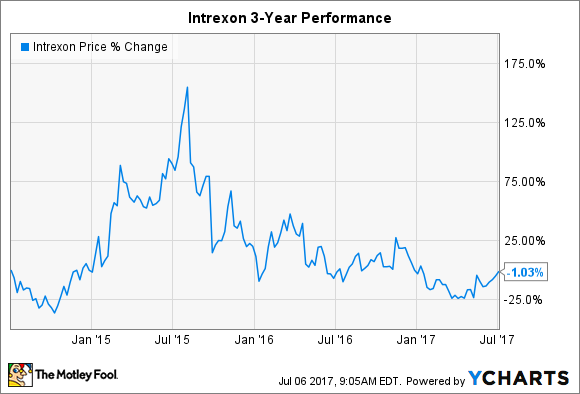 Regulatory hiccups have also delayed its fast-growing salmon (now a publicly traded company majority owned by Intrexon) and promise to delay the commercialization of its fuels platform -- if it ever reaches commercial stages at all, that is.

Unfortunately, there isn't much the company can do to control these obstacles, except, perhaps, by taking a more proactive approach to regulation and lobbying for an overhaul of American biotech laws. But that takes time, and it may not prove successful.

Diversifying the revenue mix may be the largest challenge facing Intrexon the company, but the single biggest challenge facing Intrexon the stock is the ability to deliver against ambitious targets. As with any story stock, there's a lot of hype baked in. And if Intrexon fails to clear the bar enough times, then Mr. Market will be forced to readjust his expectations. After all, the company is valued at $3 billion because, well, why not?

Piece by piece, Intrexon has promised to transform healthcare by treating and curing diseases, develop natural gas to fuel technology that has eluded the best chemical engineering minds of the last half-century, upend the global approach to public health, and on and on. The engineered biology conglomerate isn't necessarily wrong to think there's a better way of doing things -- or for attempting to do so -- but it's a fallacy to think it will happen overnight. Sometimes investors aren't able to discern the difference between a story stock's vision and a promise.

Unfortunately, some of the company's timelines are a bit too ambitious. Investors have already encountered delays with the mosquito control tools and, more recently, on the commercial launch of the fuels platform. Judging from recent presentations, that's likely to remain the case.

One thing I've always found interesting is that Intrexon gets mixed reviews from those in the field of engineered biology. On one hand, it has helped to spur interest in the potential of related technologies and likely expedited commercialization on a few fronts through acquisitions. On the other hand, it plays a significant role in hyping up the potential of engineered biology. And when hype fails to materialize, the entire field suffers.

I think this sentiment is an important thing for investors to consider because it demonstrates that reality is often more complex than a few slides in an investor presentation. Clearly, Intrexon faces obstacles that are more nuanced than many analysts consider, but individual investors can take this information into account more readily.