Not every clothing retailer is at death's door.

Considering the wreckage of the retail industry, identifying a "best-in-class" apparel brand is no easy task. According to BankruptcyData.com, more than 300 retailers have sought the protection of bankruptcy courts in 2017, and more stores are closing their doors this year than ever before -- and the year is only half over!

Despite the bleak landscape, a deeper dive finds that not every apparel retailer is a woebegone shop on death's door. They might be feeling the obvious competitive pressure being brought to bear by Amazon.com (AMZN 2.10%) and the shift by consumers to e-commerce sales, but H&M (HNNMY 2.61%), L Brands (BBWI -0.31%), and Nordstrom (JWN) still have good stories to tell.

It should come as no surprise that H&M sits atop any list of best apparel companies since it and fellow fast-fashion icons like Zara and Forever 21 have captivated consumers with their ability to rip trends off the fashion runways and turn them into marketable, affordable clothes in a matter of weeks. Being able to keep up with fickle tastes and ever-changing trends has made H&M one of the true bright spots in the dark, dank cellar of retail and allowed it to become the world's second largest clothing retailer.

So predictable has H&M's growth been that even though it continues to post continuously higher sales numbers, analysts keep raising the bar for it. Even though its May sales numbers were up 4% on a currency-adjusted basis, and June sales were 7% higher, they still missed Wall Street's expectations of 6% and 8%, respectively.

Certainly even H&M feels some of the pressure of the bricks-and-mortar retail experience, and it recently said it would be "tough" to hit its previous growth estimates of 10% to 15% this year, though operating earnings rose 10% in the second quarter. However, it might get a profit boost from a new concept it launched earlier this year called Arket, which will target a slightly higher price point than the H&M brand. The retailer is moving heavily into online sales, too. While it is feeling competitive pressures from discount chains and rival Zara, it still continues to grow even as its stock has taken some hits, and it remains a top apparel retailer. 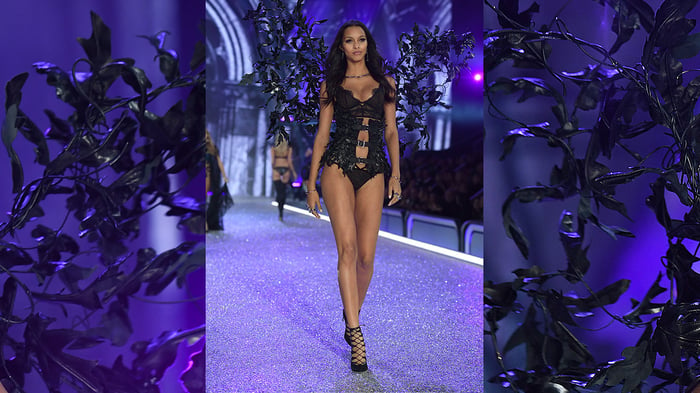 L Brands is another dominant retailer that has also run into rough waters, but it is toughing it out. The owner of Victoria's Secret exited the swimsuit market and certain apparel segments last year, and it hit the retailer's comparable-store sales in May by 10 percentage points and 14 percentage points, respectively. Comps were down 7% for the month as a whole.

It's also facing competition in the lingerie department from a surprising competitor, troubled teen retailer American Eagle Outfitters (AEO 1.34%), which gained some traction at its Aerie division because of the popularity of the bralette.

But things still look bright for Victoria's Secret and L Brands. According to Morgan Stanley, while the e-commerce threat is always present to every retailer, casual, loose-fitting clothes are the biggest sellers online, and for items for which fit is important, bricks-and-mortar stores do better. Lingerie, therefore, doesn't translate well to the online experience, nor would business suits.

L Brands stock may be down as a result of some of the headwinds it faces, but it has bounced sharply off its lows, rising 25% since April -- and we may see it going higher still.

The Nordstrom brand is synonymous with great customer service, but it has apparently copied that model to the online sphere because its e-commerce sales have grown so strongly that they now account for nearly a quarter of all of its sales.

As the department store chain contemplates whether it should go private, it continues to grow its bricks-and-mortar footprint, though more on the off-price side than in its full-price stores. Nordstrom Rack remains the retailer's growth vehicle (and some think it should spin off the chain as part of its potential plans to leave the public markets), and it now has almost as many Racks operating as it does Nordstrom stores.

While it's possible the retailer could go private, it would likely require the Nordstrom family to take on significant debt to do so. Some analysts think that's a possibility, but it would still be an expensive transaction to complete, even if it gives them the ability to watch the investments they've put in place grow without having to meet Wall Street's short-term demands for quarterly growth.

Because the company has invested in the business and its future, Nordstrom remains an interesting investment option, with its stock up 25% over the past year (helped in part in recent weeks by those going private rumors). With the shopping mall under attack from changing consumer buying habits, if there's one department store that can pull through this period, it's Nordstrom.

Why Nordstrom Stock Was Up This Week
397%