Shares of the online furniture retailer have skyrocketed, with the help of a blowout earnings report.

Shares of Wayfair Inc. (W -5.40%) have been delighting investors this year, as the online furniture seller has seen its stock more than double. According to data from S&P Global Market Intelligence, the stock has risen 116% this year. 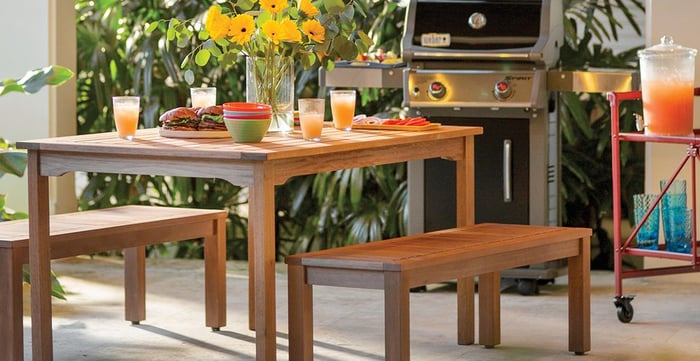 The stock was a modest winner through the first few months of the year, but it really took off after its first-quarter earnings report in May. 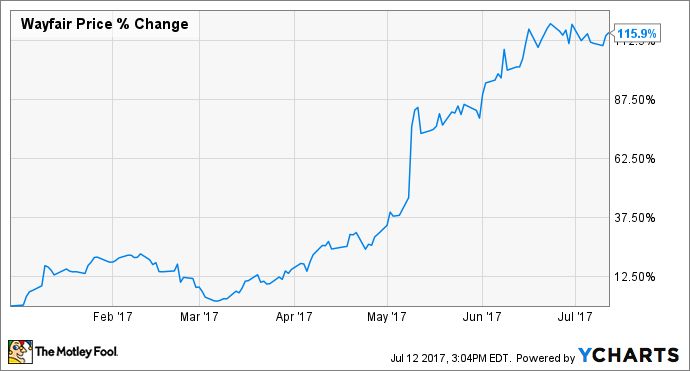 Shares jumped more than 20% on the first-quarter earnings report and gained nearly a third over a three-day span, as the company blew estimates out of the water. Revenue surged 29% to $961 million, much better than expectations at $935.6 million, and on the bottom line its adjusted net loss widened from negative-$0.36 to negative-$0.48, but that was still better than the consensus of a $0.58 loss.

The company also saw a 46% increase in active customers to 8.9 million, with the percentage of orders from repeat customers growing from 55% to 60%.

For the second quarter, management projected an acceleration in revenue growth to 34%-37%, also better than expectations. The stock is heavily shorted, with more than a third of shares sold short, and probably benefited from a short squeeze on the report.

In the months since, the stock has continued to rally with the help of analyst upgrades.

Before this year, Wayfair stock had mostly traded sideways since its 2014 IPO. However, the company seems to have reached a tipping point this year, as revenue is primed to reach $4.5 billion this year, and growth continues to be strong. For years, investors have expected the company to face a challenge from Amazon.com, but the online retailer has yet to put a significant dent into Wayfair's growth, even as Amazon pushes into furniture.

Wayfair continues to operate at a loss, with analysts expecting earnings of negative-$1.56 per share for the year. Amazon has pressured the company, but it also helps Wayfair because it's set an expectation that allows the home-goods specialist to grow sales without delivering profits.

Still, despite its rapid e-commerce growth, Wayfair is not going to be the next Amazon, as it has shown no interest in branching outside furniture and home decor. From here, the company will need to maintain a strong growth rate and take steps toward profitability for the stock to move higher.