The restaurant industry can be brutal. Just about any organization can make food for customers, the quality of a company's brand is paramount. If troubles arise, or if eating at home simply becomes more enticing, these companies can flounder.

At the same time, however, the past fifty years have taught us that the very best brands really are great investments. Imagine being in on the ground-floor of McDonald's, which has been a millionaire-maker stock for many patient investors. 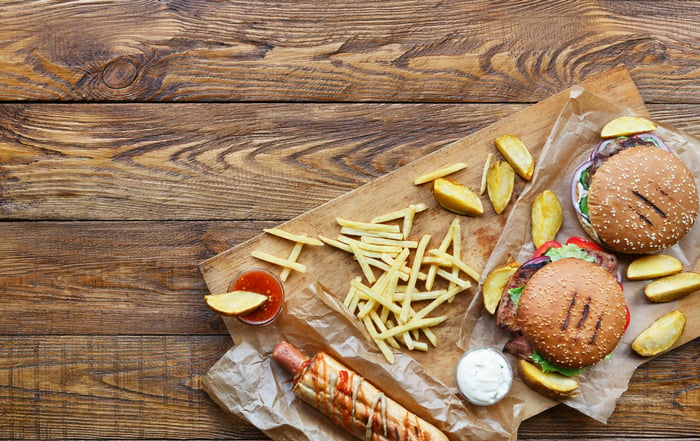 Today, we'll be pitting an industry stalwart Yum! Brands (NYSE:YUM) -- the parent company of KFC, Taco Bell, and Pizza Hut -- against upstart Shake Shack (NYSE:SHAK). While it's impossible to know which will be the better investment three years from now, there are three different lenses through which to view this question, and each will give us a better idea of what we're buying.

As I stated at the outset, there's very little to differentiate one restaurant from another in the United States. Each gets to choose what it'll sell, and how much it'll sell it for. That's why the key sustainable advantages that any company has are its brand and its scale.

Yum! Brands is home to some of the most iconic American chains around. Brand Directory named KFC, Pizza Hut, and Taco Bell as the fourth, seventh, and 10th, respectively, most valuable restaurant brands in America in 2016, worth a combined $15 billion. Shake Shack didn't crack the top 25.

In addition, Yum! currently has over 43,000 stores in 135 countries. Shake Shack has 134 locations. That means Yum! also benefits from economies of scale the likes of which Shake Shack won't see for quite some time.

While Shake Shack is definitely a hotter name right now -- without the requisite reputation for unhealthy food that dogs some of Yum!'s chains -- it simply does haven't the same moat surrounding its business as Yum! does.

Usually, investors love to see cash going toward two things: growth initiatives or paying us back -- either via dividends or share buybacks. Cash sitting in the bank isn't sexy or exciting.

But over the long-run, it can make the difference between a winning and losing investment. That's because every company, at one point or another, will experience difficult economic times. Those that enter such times with cash on hand have options: buy back shares on the cheap, acquire rivals, or -- most importantly -- outspend the competition to take market share.

If a company is debt-heavy, it has none of these options, and will often emerge from a downturn in a weaker position relative to the competition.

Keeping in mind that Yum! Brands is valued at 20 times the size of Shake Shack, here's how the two stack up.

While Shake Shack is only barely free cash flow positive, that's an impressive feat nonetheless. Such young and fast growing companies rarely enjoy money coming in at the end of every 12-month period.

Coupled with the company's lack of any long-term debt, and juxtaposed against Yum! Brands' heavy use of leverage, there's no question that Shake Shack has the upper hand when it comes to financial fortitude.

Unfortunately for Shake Shack, because it is only marginally profitable, and because it wouldn't dream of using the extra cash to pay a dividend for quite some time, it can't hold a candle to Yum!'s valuation.

While Shake Shack has, over the past five years, had better same-store sales figures than Yum!, that can't account for the fact that it's three times more expensive on an earnings basis, and trades at a 50% premium even after considering the potential for growth (PEG Ratio).

So there you have it: Yum! Brands is the better bet at today's prices. While Shake Shack could emerge as an exciting new company to take the world by storm, it doesn't quite have the moat or valuation to justify choosing it over Yum! Brands today.