That is, the company wants to go from being a small player in the beverage market to one of the leaders by shedding light on what the current big boys have done wrong. Doing that involves following a blueprint that the wireless carrier's CEO John Legere has enacted perfectly.

First, you have to call out the current industry leaders and show the public why you offer a more consumer-friendly choice. Then, you have to deliver the goods by doing those things and delighting your audience by actually being different.

In many ways, the T-Mobile strategy is not that different from when a lesser-known boxer taunts the champion in order to get their attention. That may not lead to a title match, but it raises the contender's profile which can ultimately lead to success -- if the contender can actually do more than talk.

T-Mobile and Legere have shown they can talk the talk and walk the walk. SodaStream CEO Daniel Birnbaum wants to follow that same path and he's willing to go after beverage industry titans like Coca-Cola (NYSE:KO) and PepsiCo (NASDAQ:PEP) to get there. 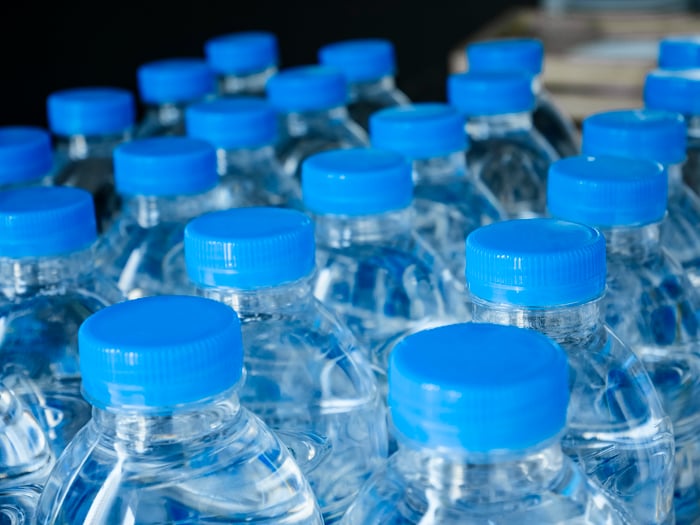 SodaStream wants to step up

It's worth noting that SodaStream is not even remotely in the same financial league as Coke or Pepsi. The make-your-own-beverage-at-home company had $115 million in revenue in Q1 2017 while Coca-Cola had $9.1 billion and Pepsico took in $12 billion during its first quarter.

This isn't a rising challenger calling out Floyd Mayweather. In many ways it's a guy who just bought boxing gloves, but who has some promise, going after the champ.

What is SodaStream doing?

The at-home beverage company has a new video that goes after the major beverage companies for their environmental practices. In the video, which stars Mayim Bialik from The Big Bang Theory, SodaStream mockingly shows how primitive it is to "hydrate with single-use plastic bottles that pollute our Earth," said Birnbaum in an email interview with Motley Fool. The CEO explained the content of the ad in his email.

The story moves backwards and forwards in time to reflect the harmful reality of plastic bottle consumption, a habit that is hazardous to the planet and does not exist in the future. The Museum of UnNatural History featured in the video, facilitates spectacular cinematic encounters between Mayim and the last tribe of plastic dependent species, the Homoschlepien. As a real-world neuroscientist and environmentalist, Mayim Bialik understands the importance of staying hydrated in a way that's eco-friendly.

That's a potentially powerful message given the environmental fallout another beverage company, Keurig, has faced over its K-cups. Big beverage companies have mostly avoided that backlash at least in part because bottles and cans are recycled.

The ad, while it's a bit heavy-handed, does make a strong point that it's both silly to carry home plastic bottles full of drinks and bad for the environment. In theory that's a message that could lead to more willingness to making carbonated drinks at home using SodaStream.

This is not the first time SodaStream has used advertising to go after its much bigger rivals. Its "Shame or Glory" campaign in 2016 was a Game of Thrones parody that made fun of the wastefulness of buying plastic bottles of water or other beverages.

They sent us seven cease and desist letters following our Shame or Glory campaign... but this didn't stop us," wrote Birnbaum. "...The thing is, single-use disposable bottles belong to the past. They are a hazard to our planet and it is an irresponsible legacy for our children, who will have to live with this hazard.

SodaStream is not about to unseat Coke or Pepsi, but it could gain market share by appealing to people looking to live a greener life along with those who simply don't love schlepping bottles home. By linking itself with bigger brands -- much bigger brands in this case -- the company makes itself seem like more of a player.

The best thing that could happen would be for a major beverage company to get offended by these ads. A Coca-Cola or Pepsi public response would bring much-needed attention to SodaStream's cause. That's not likely to directly happen, but Birnbaum is smart in this case to keep grabbing the tiger's tail hoping it gets angry.