Despite big moves higher for the overall market, these stocks fell. Find out why.

Friday was another strong day on Wall Street, with key benchmarks pushing further into all-time high territory. The Dow finished higher by 85 points, setting a record for the second day in a row, and the S&P 500 joined it with a 0.5% gain. The beginning of earnings season has many investors feeling hopeful about the prospects for a strong start to the second half of the year, and several sectors that have seen share prices lag recently rebounded today, including technology and energy companies. Yet the gains weren't universal, and some stocks missed out on the record rally. A10 Networks (ATEN 2.57%), CyberArk Software (CYBR 0.84%), and RH (RH 4.43%) were among the worst performers on the day. Below, we'll look more closely at these stocks to tell you why they did so poorly.

A10 warns of a tough quarter

Shares of A10 Networks plunged 16% after the networking company released preliminary financial results for the second quarter. A10 warned that its revenue would be roughly $10 million less than it had previously expected, representing a more-than-15% shortfall. The company also now expects to lose money for the quarter even on an adjusted basis, compared to its initial guidance for a modest profit. CEO Lee Chen said that several deals that it had been working on didn't lead to closed sales. It wasn't entirely clear to what extent that business was entirely lost or whether those sales might come in on a delayed basis, but investors will definitely be looking for more guidance when A10 offers its full financial results later this month. 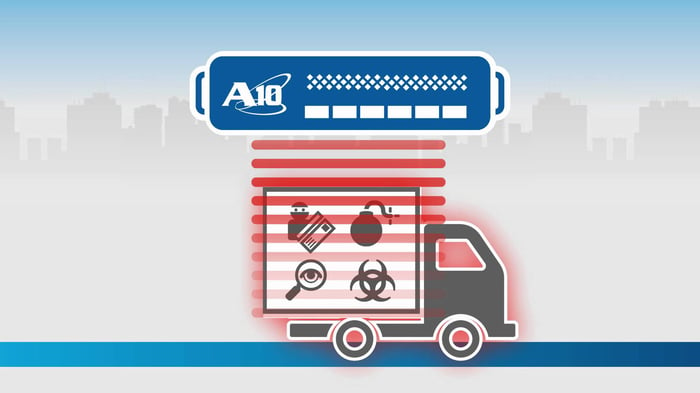 CyberArk Software stock fell 16% in the wake of its own downbeat preliminary second-quarter results. The cybersecurity company said that delays in closing sales weighed on its revenue, which it now believes will be about 7% less than it had previously expected. Adjusted operating income will see an even bigger shortfall, coming in 20% to 25% below previous guidance from CyberArk. Some investors are particularly concerned that CyberArk wasn't able to capitalize more fully on a wave of ransomware incidents, which arguably should have driven business higher rather than making would-be clients more reluctant to sign up for protection. Shareholders of other cybersecurity stocks are extrapolating CyberArk's warning to their own companies, but it'll be interesting to see if rivals were able to execute more effectively than CyberArk apparently did.

Finally, shares of RH fell 6%. The high-end home furnishings retailer said today that it had completed its $700 million share repurchase program, having bought back 12.37 million shares during its fiscal second quarter. The move came after a smaller $300 million repurchase in the first quarter, when shares were less expensive, and brought the total number of shares that RH has bought back to more than 20.2 million. That's a huge decline for a stock that currently has just 33 million outstanding, and the impact on the share price has been positive. Yet some now believe that with support from repurchases likely to end, RH will have to deliver better fundamental performance in order to keep up its momentum. That's still possible, but with tough conditions in the retail industry overall, RH will have to buck the trend to outperform its rivals.

A Good Quarter for RH and an Upgrade for ServiceNow

Warren Buffett's 3 Best-Performing Stocks So Far This Year: Are They Buys Now?