Since last summer, shares of Applied OptoElectronics (NASDAQ:AAOI) are up nearly 500% and nearly 200% since the start of 2017. Those numbers have drawn the attention of many investors, and while the stock could have more upside left in it, caution is a must after such an impressive run.

Founded during the tech boom of the late 1990s, AOI is a designer and manufacturer of components used in fiber optic communications equipment. The company went public in the fall of 2013. It's been a wild ride for those that have been on since then, but the rewards have been ample. 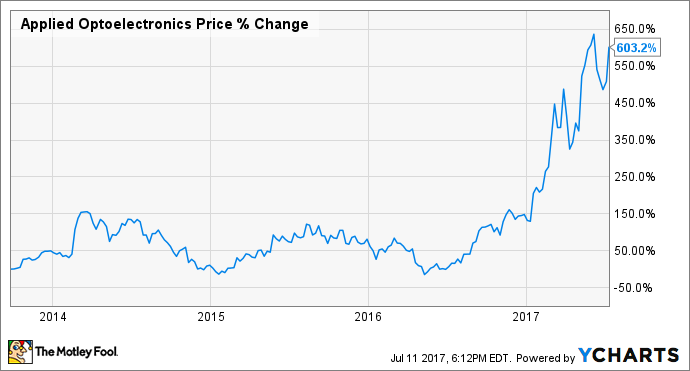 How did the stock get here? It's all about the customer, and in the last year it's been one customer in particular: Amazon.

AOI has diversified its business across four areas -- data centers, cable TV, fiber-to-the-home, and telecom -- but the data center has far and away been the catalyst for growth. The company reported that in 2016, Amazon accounted for 54.6% of business as the company builds out and updates data centers. In second place was Microsoft accounting for 18.3% of revenue.

The same trend has continued so far this year. Demand from new data centers that needing the fiber optics materials that AOI provides has grown so much that the company is now highly reliant on that segment.

For those that had the foresight to buy in early, congrats. For those of us on the outside looking in, there could be big risks involved in buying in now. 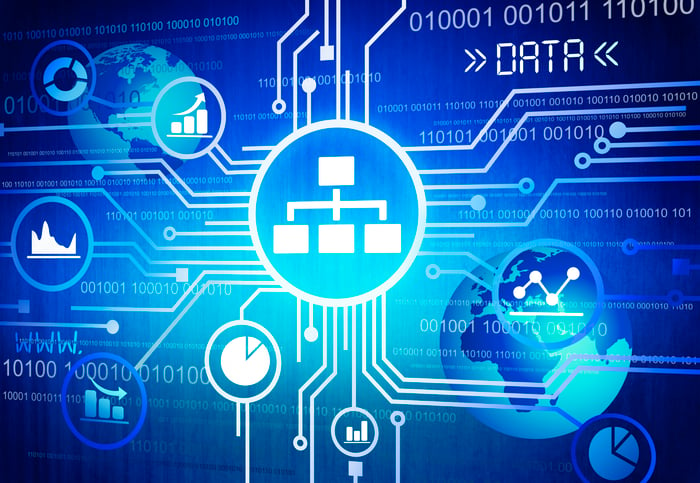 I understand how the stock chart looks, and the AOI rhetoric about the increasing need for data center build outs and upgrades make it sound like the stock will keep going to the moon. Perhaps AOI is a future multi-billion dollar a year company in the making. That possibility can make buying shares a strong temptation. But it's worth considering a few facts AOI itself has mentioned before blindly jumping aboard.

The company is dependent on a limited number of customers -- the top ten made up 96% of revenue last year -- and the demand from those customers can ebb and flow. AOI also points out that every segment of its business is characterized by constant and rapid changes in technology, wide fluctuations in product demand, and difficulties with forecasting future needs. As a result, share prices can be wild, evident in the above chart since the company went public in 2013.

2.The competition is substantial

AOI said in its 2016 annual report that it has multiple competitors for each segment of its business. With growth in the data center business on the rise, its also reasonable to believe that competition will increase. Also noteworthy is that some of those competitors -- like Mitsubishi and Sumitomo Electric Industries -- are much larger businesses with more financial and marketing prowess than AOI.

3. Exuberance is priced into current valuations

The company announced during its last earnings report it expects revenue to about double during the second quarter from the same period last year. It also expects profits to come in at $22 to $24 million on an adjusted basis, up from $2.8 million in the second quarter last year. If that comes to pass, it would be an impressive feat, but remember share prices are up nearly 500% in that time. Wall Street is already expecting those numbers, so an investment now would only make sense if the numbers continued to churn higher than that.

If you do buy, do it with the intent of holding for a long time. Maybe in the short-term further gains are in store. But if things head south from missed earnings expectations, a more moderate business outlook, or a period of decreased demand for AOI's product, stay focused on the future potential the company has as technology firms upgrade their infrastructure with fiber optics.

In the interest of full disclosure, though, I am not a buyer here. After quick triple digit returns for a business that is cyclical by nature, I fear the downside potential is higher than the upside at this particular point in time.