Both Frontier (OTC:FTR) and Sprint (NYSE:S) sit in similar positions in their respective markets.

The two companies are well behind the established market leaders with little reason for anyone to expect a major comeback. In addition, both companies may be worth more as an acquisition than they are as a stand-alone company.

On top of that, Frontier and Sprint operate in markets that require significant investments just to keep pace. That's a challenging position for two money-losing companies to be in, but both brands do have potential upside.

It's reasonable to say that neither company represents a great buy. Both face an uphill battle against long odds, but there is a clear better buy between the companies. 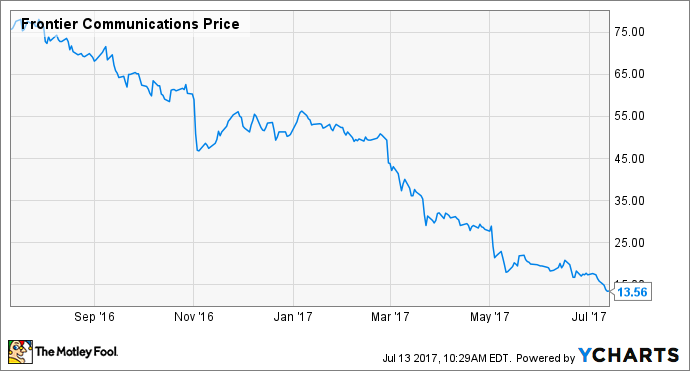 Frontier wanted to be a bigger player and it spent $10.54 billion to do that buying Verizon's (NYSE:VZ) wireline business in California, Texas, and Florida (CTF). That move did make the company bigger and give it an economy of scale, but so far the purchase has been a disaster.

The company paid dearly to acquire 3.3 million voice connections, 2.1 million broadband connections, and 1.2 million FiOS video subscribers from Verizon in April 2016. It has lost some of those subscribers in each quarter since the CTF deal closed. That's troubling news and while CEO Daniel McCarthy tells analysts and shareholders every quarter that it will change, the losses keep mounting.

In Q4, when Frontier reported the loss of 144,000 more residential customers as well as 14,000 business customers, McCarthy blamed the drop on Frontier getting rid of former Verizon customers who had not paid their bills.

That did not happen. and the numbers actually got worse. In Q1, Frontier lost 155,000 residential customers and 18,000 business customers.

In addition, Frontier just completed a 1-for-15 reverse split and it has cut its dividend. Those are not positive changes, but the CTF purchase did succeed in one key area -- it's helping the company spend less money. The cable, phone, and internet provider reached its "target of $1.25 billion in total annualized synergies by end of Q1 2017, and remains on track to deliver an additional $350 million by end of Q2 2018," according to the Q1 earnings release.

That buys the company time and makes it a more attractive acquisition. It's also plausible that Frontier has already hit bottom. The company's stock, as you can see above, has already absorbed the blows from continual subscriber drops, the reverse split, and the dividend cut.

The case for Sprint 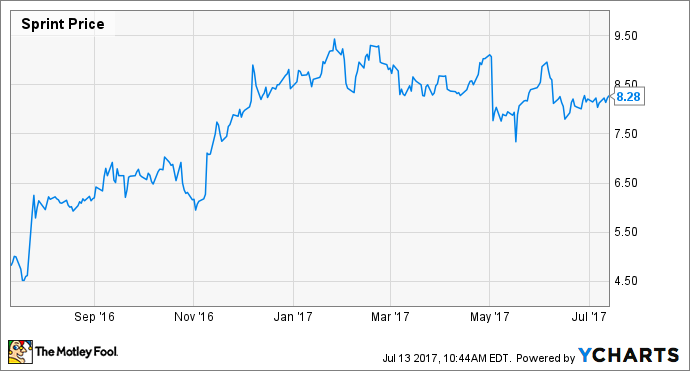 Sprint had been talking about reviving its once-planned merger with T-Mobile. That deal, which faces some major regulatory hurdles, has been put on hold while Sprint enters an exclusive negotiating period with Charter (NASDAQ:CHTR) and Comcast (NASDAQ:CMCSA).

Those talks could result in a purchase, but that's not overly likely. Instead, the two cable giants are likely to invest in Sprint's network to beef it up to support their fledgling efforts to offer wireless service. 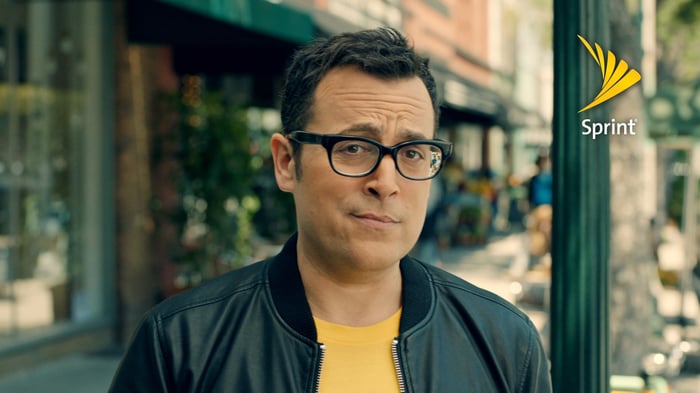 Sprint is the better buy

Sprint's biggest problem has been that T-Mobile had already staked out the territory as the alternative to wireless's biggest players. That made it hard for the number four carrier to add customers without resorting to major price cuts, which are risky in a market where consumers can leave after the promotional period ends.

The likely support of Charter and Comcast could help stabilize Sprint. In addition, an investment from those companies will lessen its infrastructure expense while helping it grow subscriber counts.

That makes Sprint the better buy even though its stock has moved very shakily upwards for the year. The wireless carrier simply has more options to turn around its business while Frontier faces a greater risk of going to zero.

Multiple major players want at least a piece of Sprint. That should drive its price up were it to eventually sell and it gives the company leverage Frontier does not have.