Both Nintendo (NTDOY 0.17%) and Sony (SONY 0.57%) are seeing success from a thriving video game industry. Nintendo's Switch is exceeding many analysts' expectations with strong sales, and Sony's Playstation 4 (PS4) console continues to dominate the console war against archrival Microsoft. We're going to take a look at the investment case for these two Japan-based technology companies to determine which is the better buy. 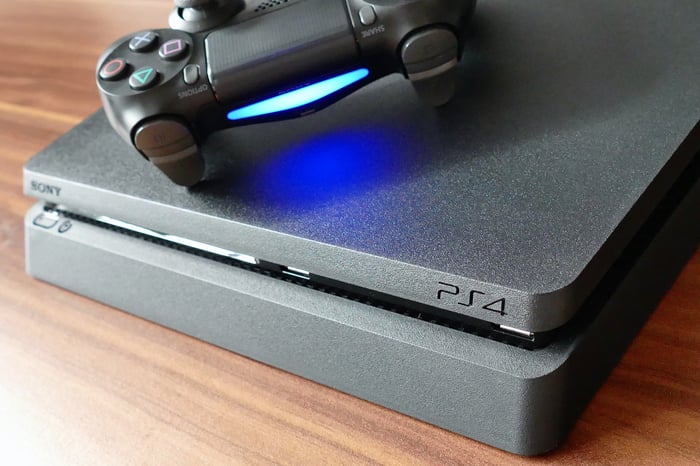 Sony is involved in various business segments: music, motion pictures, smartphones, televisions, image sensors, game consoles, and even financial services. This makes Sony seem daunting to understand, but the heart of the investment case boils down to its entertainment segments, particularly music and gaming. In recent years, management has been downsizing poorly performing business lines, such as smartphones and cameras, in order to focus on the potential it has with gaming and music, where it has seen the most consistent growth.

Sony's game and network services segment, which encompasses everything Playstation, has seen steadily rising revenue since the PS4 launched in fall 2013. Since fiscal 2014, game and network segment revenue has increased 58% to $15.2 billion, while profits have soared to $1.25 billion.

Sony has a very strong ecosystem built around its Playstation business, with life-to-date unit sales of PS4 reaching 60.4 million as of June 11, 2017. Strong sales of console hardware helps Sony sell additional services to Playstation owners, such as the Playstation Now and Playstation Plus subscription services. These services -- along with the trend of console gamers purchasing and downloading games directly over their Playstation consoles -- helps Sony pad the bottom line, since these digital revenue sources generate higher margins than sales of hardware and other electronics sales like Blu-ray players and TVs.

Sony's music business has benefited in recent years from the growth of digital streaming services like Spotify and Apple Music. Since fiscal 2013, music segment revenue has grown nearly 50% to almost $6 billion. Operating income has risen faster, roughly doubling over the same period to about $700 million, due to the industry shift away from lower-margin physical and download purchases toward higher-margin streaming subscription services. 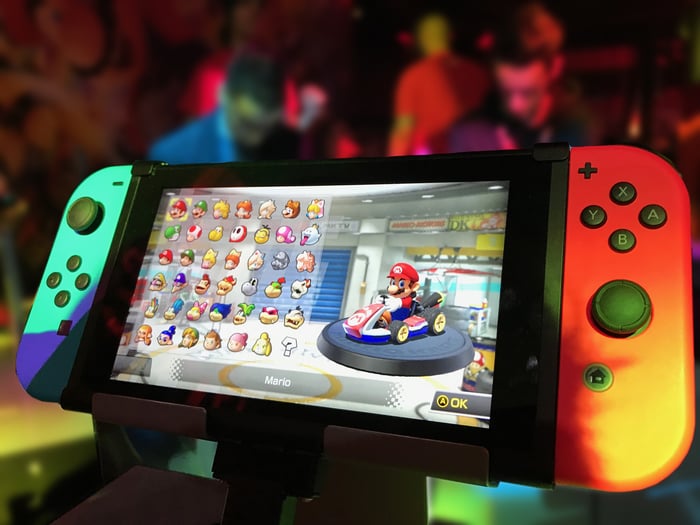 Nintendo Switch serves as both a traditional console and a handheld gaming device. Image source: Pixabay.

Nintendo is home to classic game series like Mario and The Legend of Zelda, which have seen renewed interest in the last year from releases of mobile games and the new Switch console. Super Mario Run was nearing 150 million downloads on mobile platforms when Nintendo last reported its quarterly results in May. Switch had a very successful launch, with sales of 2.74 million units in its first month, along with 5.46 million game unit sales.

Developing mobile games is something new for Nintendo, which has always been dependent on selling games to its installed base of console and handheld device owners. The mobile gaming market is expected to make up 42% of the total video game industry in 2017, and it's growing much faster than PCs and consoles, so this is an important market Nintendo needs to tap into.

Nintendo management is aiming to release two or three mobile games per year, and it's easy to imagine how its library of classic family friendly gaming brands -- including Mario, Zelda, and Donkey Kong -- are perfectly suited to the casual feel of mobile gaming.

With management planning to ship 10 million Switch units through fiscal 2018, and the optionality Nintendo has with its mobile gaming efforts, Nintendo's future looks bright -- but investors will have to pay a steep price for that future growth.

Nintendo management forecasts a fiscal 2018 profit of $428 million, which puts the forward price-to-earnings (P/E) ratio at about 86 times earnings. Sony, on the other hand, expects to generate $2.4 billion in net income, which puts its forward P/E ratio at a much lower 19 times earnings.

Nintendo certainly deserves a high P/E given that operating profit is expected to more than double in fiscal 2018 on strong sales of Switch, however, an argument can be made that a lot of growth is already priced into Nintendo stock.

Sony is deriving more income from digital sources, like subscriptions, which provide a lower-risk revenue source than Nintendo, which is dependent right now on hardware and software sales. Given the lower valuation for Sony, and the recurring-revenue component of its two key segments -- gaming and music -- Sony is a better buy for risk-averse investors.