I recently wrote about the apparent supply-to-demand imbalance of Intel's (NASDAQ:INTC) eight- and 10-core Core X processors for the high-end desktop market. In short, demand seems to be outstripping supply.

I pointed to a couple of factors that may be driving this supply to-demand imbalance. The first was that the Skylake-X-based Core X chips are based on the same chips Intel sells to its data-center customers in the form of Xeon Scalable Processors. 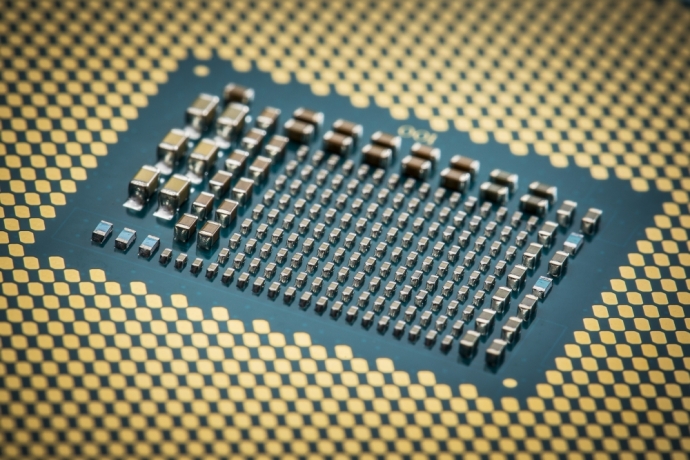 The second factor I wrote about was that the launch of these chips was rushed. That may have given Intel less-than-typical time to build up inventories of some of these Core X chips -- which, in turn, may have caused Intel not to ship enough initial product to its distribution partners.

As I think about it, though, another potential factor comes to mind: the difficulty of building these Core X chips.

One of the things I really liked about Intel's Core X lineup is that it's aggressive -- substantially more than what Intel sold previously. What I mean is that Intel validates these chips at much higher speeds out of the box than it had done with previous high-end desktop chips.

What this means, then, is that Intel needs to certify that each one of the 10 cores found on the 7900X runs at 4.3GHz -- a 22% jump from what Intel had to deliver with its prior-generation 10-core part.

A similar argument can be made for the Core i7-7820X eight-core processor relative to the last-generation Core i7-6900K. The 7820X runs at much higher frequencies out of the box than the 6900K did, yet the 7820X is substantially cheaper.

So when considering the supply-to-demand imbalance, it may be that the current Core X processors are seeing higher demand than their predecessors because of lower price points while being significantly harder to manufacture.