Few stocks have been as hot in 2017 as Veeva Systems (NYSE:VEEV). Shares of the cloud-based application provider are up more than 56% -- near the stock's all-time high set in late May.

Veeva has become the go-to source for biotechs and pharmaceutical companies looking for customer relationship management (CRM), clinical management, and quality management solutions. It's even starting to venture beyond its core life sciences market. Here are five things you probably didn't know about this innovative company. 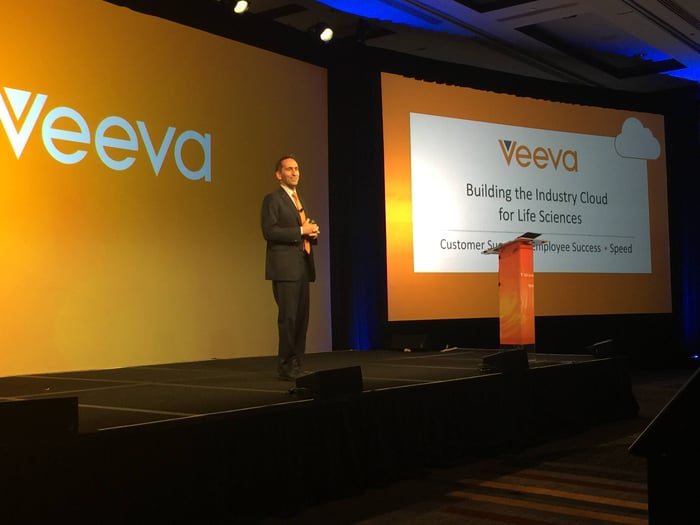 Veeva Systems is quite young to be valued at more than $9 billion. The company was founded in 2007 by CEO Peter Gassner and president Matt Wallach. Gassner brought the technical expertise, while Wallach had extensive experience in the life-sciences industry.

Interestingly, Wallach shared earlier this year with The Motley Fool that he and Gassner had never met prior to starting Veeva. In fact, they lived 3,000 miles apart. However, both men had a shared vision of what cloud applications could do for healthcare. The rest, as they say, is history.

2. It's been profitable most of its existence

Many companies struggle for years to break even. Not Veeva Systems. It posted a profit in 2010 of $916,000. The following year, Veeva added nearly $3 million to its bottom line. The company has been highly profitable ever since. 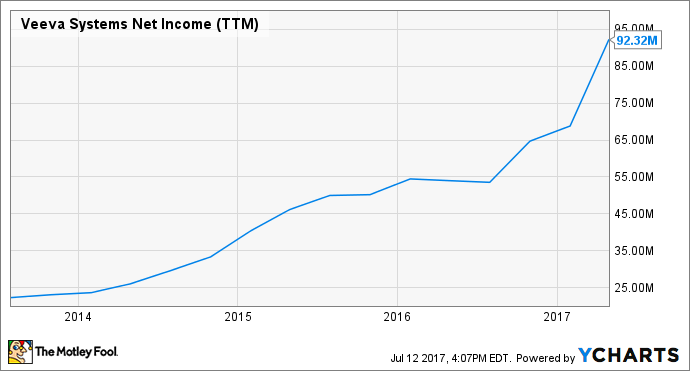 In the first quarter of 2017, Veeva reported earnings of $36 million. That's nearly three times the amount of total revenue that the company made just seven years ago. 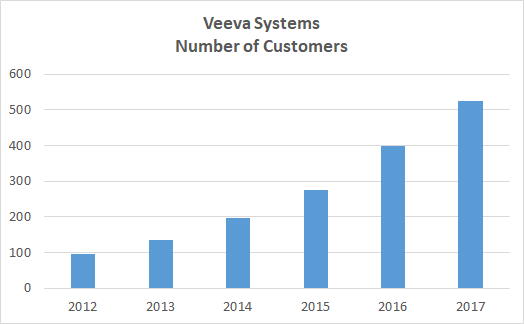 Veeva is also growing in another impressive way. Many of its customers start with one application then implement others. In the first quarter of this year, Veeva announced that the number of Veeva Vault customers with multiple applications jumped 70% year over year.

4. Its stock didn't really take off until last year

With all of its success, you might think Veeva stock has been a big winner for much of this decade. Think again. After a day one surge, Veeva's share price traded below its closing price from the day of its initial public offering (IPO) for most of the stock's first three years on the market. 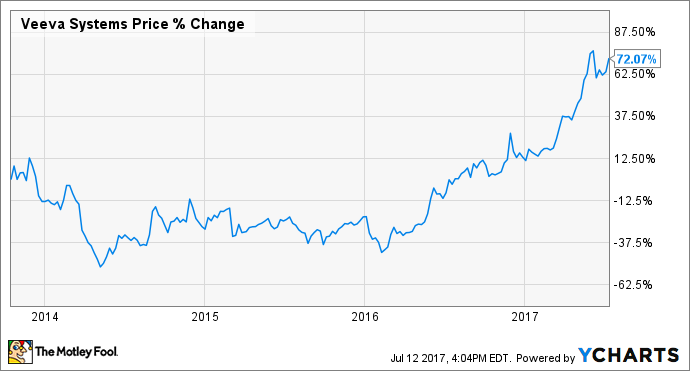 Veeva stock began a huge run in early 2016. However, it wasn't until late last year that its share price regained its first-day closing price from 2013.

5. It's only penetrated 9% of its core market

Despite its impressive growth, Veeva Systems has only scratched the surface of the addressable market in its core focus of life sciences. Last year, the company reported revenue of $544 million -- only 9% of the $6 billion Veeva thinks the life-sciences market is worth. 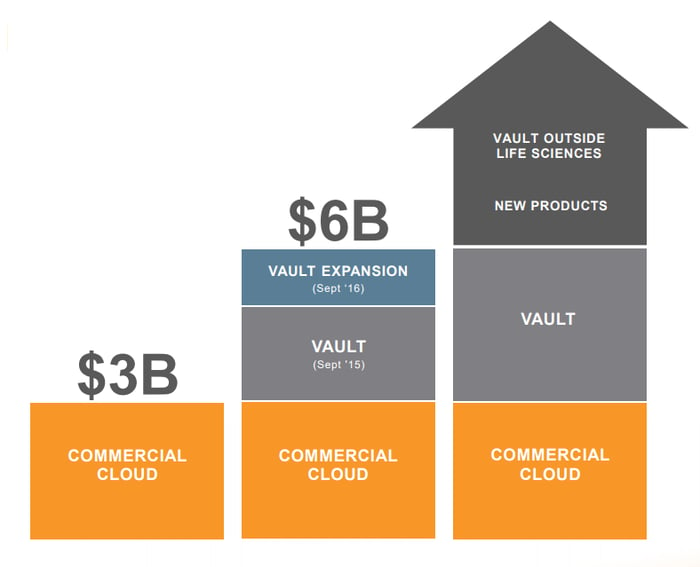 And that $6 billion potential market isn't all that Veeva can go after. Veeva's agreement with Salesforce.com prevents it from selling CRM solutions based on Salesforce's platform to customers outside of the life-sciences industry. Saleforce is also restricted from selling to life-sciences customers.

However, the terms of the agreement don't limit Veeva from marketing applications that aren't built on top of Salesforce's platform to other industries. This means that Veeva can actively sell its Vault applications beyond its core market.

Veeva has already landed a large packaged-goods company. The company hopes to build a significant market for its Vault applications outside the life-sciences industry over the next few years. If it's successful, the impressive stock performance over the last year could just be the beginning.

Editor's note: A previous version of this article stated that Veeva Systems stock traded below its IPO price for much of its first three years rather than the closing price following its IPO. The Motley Fool regrets the error.