We may never know if Huey Lewis was right about being hip to be square, but it's certainly been hip to be a Square (SQ -0.76%) shareholder these days. Shares of the high-tech transactions enabler hit another all-time high on Friday, soaring 11.85% on the week following chatter that PayPal Holdings (PYPL 0.44%) should acquire it.

The talk isn't really a rumor. It's more along the lines of wishful thinking from Loop Capital analyst Joseph Vafi, who put out a bullish note last week, suggesting that the two pair up. The logic is certainly sound. PayPal is trying to keep Venmo's ascent going, and the next step is to delve deeper into brick-and-mortar retailers. Square is already there, as its tablet and smartphone card readers are already being used by many small- and mid-sized merchants are already using its tablet and smartphone card readers. 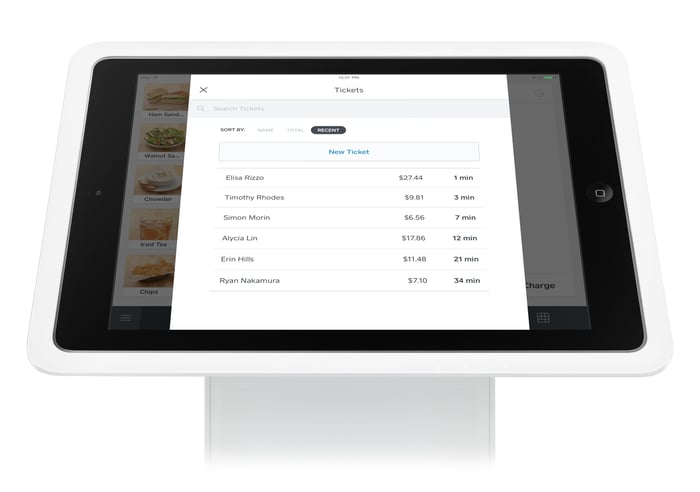 The problem with rallies based on buyout chatter is that the gains tend to come undone when the market realizes wedding bells aren't in the air. Loop Capital's Vafi may believe PayPal can offer a 30% premium for Square without disrupting its balance sheet, but if PayPal doesn't see it that way, then this consolidation scenario is toast.

Investors may also want to wonder why Square would consider cashing out at this point. Its losses are narrowing, and revenue growth -- while decelerating -- is still clocking in north of 20%. Square may not need an exit strategy.

Square's finally achieving critical mass, and while profitability remains elusive, it has posted a narrower quarterly deficit than analysts were targeting consistently over the past year. It's also making its investors a lot money, now nearly tripling since going public at $9 in late 2015.

Square boosted its full-year outlook in its previous quarter, now eyeing $2.12 billion to $2.16 billion in revenue for all of 2017. Square's been making the most of its niche leadership, putting its growing list of contacts to good use by offering small merchants new services.

PayPal is no slouch, but it doesn't seem Square is a willing buyout candidate. How do you tell investors in a stock that's nearly tripled that they should punch out at a 30% premium? The challenge for Square at this point is to hold on to last week's gains and pad them with another strong quarterly report in two weeks.