The social-media giant closes at its highest level of 2017, after an analyst upgrade and encouraging usage trends in the world's second most populous nation.

Twitter (TWTR 0.30%) stock's days as a teenager may be ending. The stock moved 9.85% higher last week, fueled by an analyst upgrade and an encouraging update of its product's usage in India. Twitter also named a new CFO, but that's not a stock-moving event.

Shares of the microblogging platform finished the week at $19.65, their highest close since late last year. If Twitter is able to poke its head above $20 in intraday trading in the coming days, it will be the first time since October. 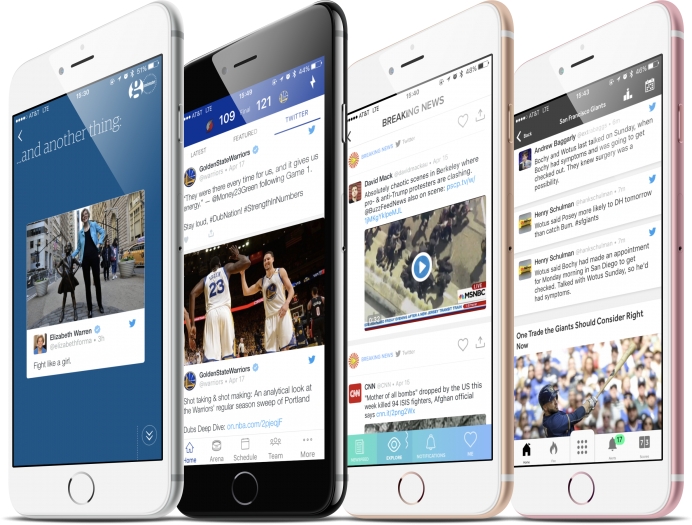 Phil Leggiere of OTR Global upgraded Twitter on Thursday, encouraged by an uptick in advertising activity. He thinks year-over-year ad spending during the recently concluded second quarter will have risen by 2% to 5%. That may not seem very titillating, but it is an improvement from the flattish showing during the first quarter. He's forecasting 2% to 5% growth in ad spending to continue into the current quarter.

Leggiere believes direct-response advertisers are gravitating to Twitter given its widening reach, improvements in targeting, and a better return on investment. He's still not entirely bullish on the stock, though. His upgrade takes OTR Global's stance from "negative" to "mixed," but it's still notable for a bear to turn neutral.

We also saw The Economic Times reveal -- through an interview with Twitter's global VP of product development, Keith Coleman -- that usage is India is increasing since the rollout of Twitter Lite in April. Twitter Lite is a scaled-back platform developed with emerging markets in mind, as data charges make the full-bodied Twitter a costly endeavor in some parts of the world.

Roaring back into fancy

The biggest difference between Twitter now and Twitter at $20 last year is that this time around, the spike isn't happening because of buyout speculation. Twitter is earning its upticks. It's coming off a better-than-expected financial report in April, and usage growth is accelerating, as year-over-year gains in daily active users over the past year have climbed from 3% to 5%, 7%, 11%, and, more recently, 14%.

There are still monetization challenges at Twitter, and 328 million monthly active users is just 6% more than it had a year earlier. There's also an argument to be made on the frailty of Twitter's improvement if President Trump's polarizing tweets are contributing to the revival.

Wall Street still can't ignore the platform's positive momentum, and analysts have been warming up to the stock -- or, at least in Leggiere's case, not hating it as much as before. The turnaround seems real, but the test will come the morning of July 27, when Twitter reports its second-quarter results.