Pretty much everyone familiar with Gilead Sciences (NASDAQ:GILD) wants the company to make an acquisition. Many think the big biotech desperately needs one (or more) to reenergize the lethargic stock. According to a recent article on Investors.com, though, Needham analyst Alan Carr might be an exception.

Carr believes that Gilead Sciences has upside potential even without an acquisition. His premise is that expected approval of a new hepatitis C combo and positive results from a late-stage study of the bictegravir/F/TAF combo for treating HIV could jump-start the biotech's share price.

I think Carr is right that good news on these fronts could help Gilead rebound, to some extent. However, I don't think it will be nearly enough to satisfy investors. Gilead Sciences still needs to make an acquisition. The following charts don't lie. 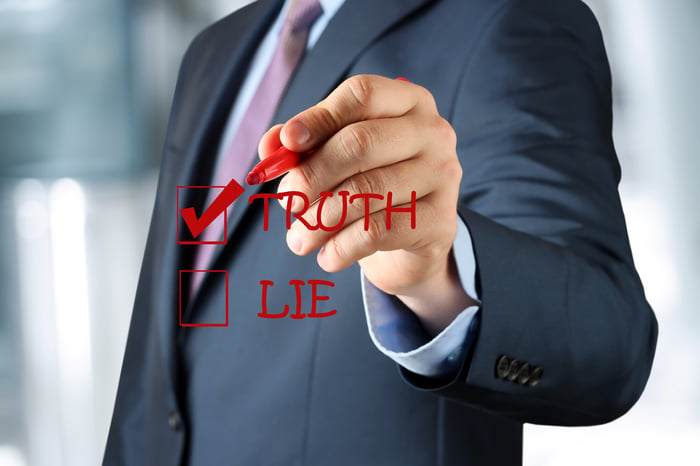 It's hard to overemphasize just how much Gilead's hepatitis C franchise is hurting -- at least compared to the past. In the first quarter, sales for the franchise fell by a whopping 40%. That's $1.7 billion Gilead made in the prior-year period that it didn't in the first quarter of this year. 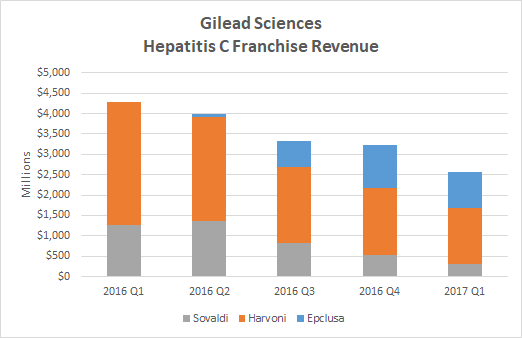 As the above chart shows, Epclusa is the one bright spot in Gilead's hep-C lineup. However, even with solid sales of the newer drug, the loss of revenue from Harvoni and Sovaldi simply presents too big of a hole to plug.

But aren't Gilead's other drugs outside of hepatitis C performing well? In general, yes. However, sales for several of the biotech's current products declined in the first quarter of 2017 compared to the prior-year period. 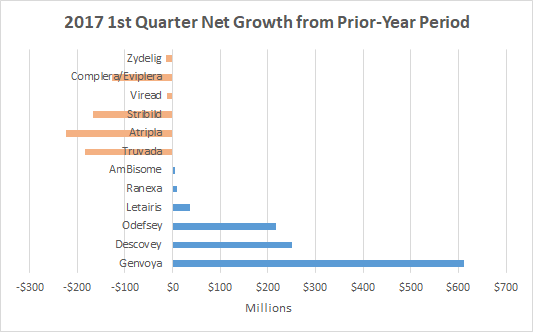 While Gilead is enjoying overall growth outside of its hepatitis C franchise, much of the success of its newer HIV products -- Genvoya, Descovey, and Odefsey -- is coming at the expense of older drugs like Truvada, Atripla, and Stribild. Gilead's cancer drug Zydelig continues to be a big disappointment. Other drugs, such as Ranexa and Letairis, are doing fine, but their sales volume is only a drop in the bucket compared to Gilead's top-selling drugs.

If we sum up the net year-over-year growth of Gilead's products that are experiencing sales growth, the total is a little over $1.1 billion. That's not nearly enough to offset the hep-C franchise decline.

We also need to back out the effect of the biotech's other drugs that have falling sales. That amount comes to a negative impact of $729 million. Factoring this in, Gilead's net revenue in the first quarter from all other products other than hep-C grew by $400 million -- far short of the company's big drop in hep-C revenue.

I like Gilead's pipeline. Alan Carr is 100% right, in my view, about the likelihood of good news from the sof/vel/vox hepatitis C combo and the bictegravir/F/TAF combo. But is the biotech's pipeline enough to make up for plunging hep-C sales? Based on EvaluatePharma's projections for Gilead's total anti-viral sales five years from now, it looks highly doubtful. 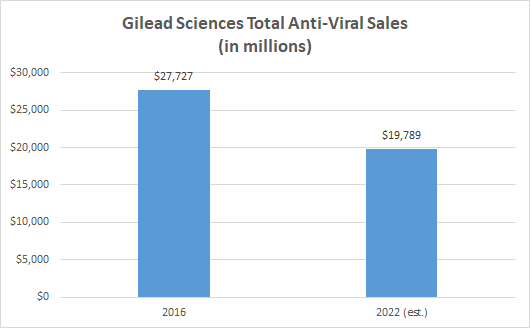 Note that the 2022 projections include estimated sales of nearly $4.4 billion for the bictegravir combo and over $1.1 billion for the sof/vel/vox combo. Even with solid performance from these new drugs, assuming they win approval, Gilead's anti-viral business could still be smaller in five years than it is today.

What about Gilead's other pipeline candidates, such as its promising non-alcoholic steatohepatitis (NASH) drug selonsertib and autoimmune disease drug filgotinib? EvaluatePharma projects 2022 sales of $227 million for filgotinib. However, the research firm didn't include any future sales estimates for selonsertib, probably because final data from Gilead's phase 3 studies of the experimental drug isn't scheduled to wrap up until 2020.

Don't get me wrong... I'm actually quite bullish on Gilead Sciences over the long run. It wouldn't surprise me if EvaluatePharma's projections turn out to be on the pessimistic side. However, I think Gilead needs more than just its current products and pipeline candidates to return to solid growth.

The biotech has plenty of cash and cash flow. Gilead has a great track record when it comes to making big acquisitions. Its executives have even stated that the plan is to buy one or more assets to spur growth. Make a deal, Gilead. Please.