Disney (NYSE:DIS) made a lot of head-turning announcements at its D23 fan expo over the weekend. From unveiling upcoming movie trailers to introducing a deluge of new theme park attractions, Disney is making a ton of headlines. One of the D23 nuggets is that Disney plans to add three new cruise ships in the coming years, increasing its fleet to seven boats.

The family-friendly media giant had previously announced that it would begin sailing on new ships in 2021 and 2023. Over the weekend, Disney revealed that the same shipyard working on the two vessels will also deliver a third ship that will set sail come 2022.

Disney's growing ambition on the high seas is something that will naturally attract the attention of larger cruise lines Carnival Corporation & plc (NYSE:CCL) (NYSE:CUK), Royal Caribbean (NYSE:RCL), and Norwegian Cruise Line (NYSE:NCLH). Increasing capacity is typically a problem in any transportation industry, but it's just not the case in this particular situation. 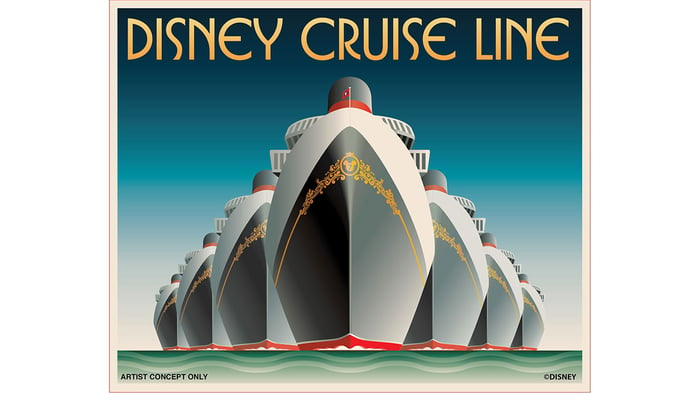 Growing Disney's fleet from four to seven ships in the next six years is noteworthy, and the new vessels are even larger, weighing in at 135,000 gross tons. Each of the three new boats will add 1,250 guest staterooms, far more than the 875 rooms in Disney's first two ships. Increased capacity may seem problematic for the industry, but Disney's growth is actually a good thing for Carnival, Royal Caribbean, and Norwegian Cruise Line.

Sailing on a Disney ship isn't cheap. Cruise Critic suggests that a family of five save up $15,000 for a weeklong getaway on a Disney cruise, compared to less than $3,500 for a Carnival sailing. Royal Caribbean and NCL cost a bit more than Carnival but are typically a lot cheaper than Disney sailings on comparable itineraries. In short, Disney's growing its fleet actually increases the perceived value of a cruising vacation, something that naturally helps all of the less expensive players.

Another important thing that Disney is doing is educating the masses. Most people have never been on a cruise ship. The Cruise Line Industry Association estimates that 25.8 million people will take a cruise this year -- a sliver of the world's population. A survey last year found that two-thirds of Americans have never been on a cruise. Disney is helping to change that. Young families, a demographic group that is often poorly represented on cruise ships, flock to Disney getaways. Disney offers vacation packages that bundle voyages with stays at its theme park resorts.

Disney is an ambassador for cruise travel, and once a sea-smitten family wants to sail again, they may be attracted to more affordable sailings on Carnival, Royal Caribbean, or NCL. They don't offer the true Disney experience, but between Royal Caribbean's floating amusement parks, NCL's freestyle dining, and Carnival's tech-leading Ocean wearable medallions, they'll be there to catch the cruise-hungry passengers in ways that Disney cannot. Disney's growth is good for the industry, and it's why shares of Carnival, Royal Caribbean, and Norwegian Cruise Line are all trading within range of hitting fresh 52-week highs.