It's go-time for the manufacturing ramp of Apple's A11 Fusion processor, which will be built using TSMC's 10-nanometer tech.

Back in June, Apple (AAPL 0.22%) launched new iPad Pro tablets powered by the A10X Fusion processor. This chip, which offered notable performance improvements over the A10 Fusion chip that powers the iPhone 7 and iPhone 7 Plus, was particularly notable because, as TechInsights revealed, it is manufactured using Taiwan Semiconductor Manufacturing Company's (TSM -3.16%) new 10-nanometer technology.

Indeed, TSMC reported that 1% of its revenue during its second quarter came from shipments of 10-nanometer chips. 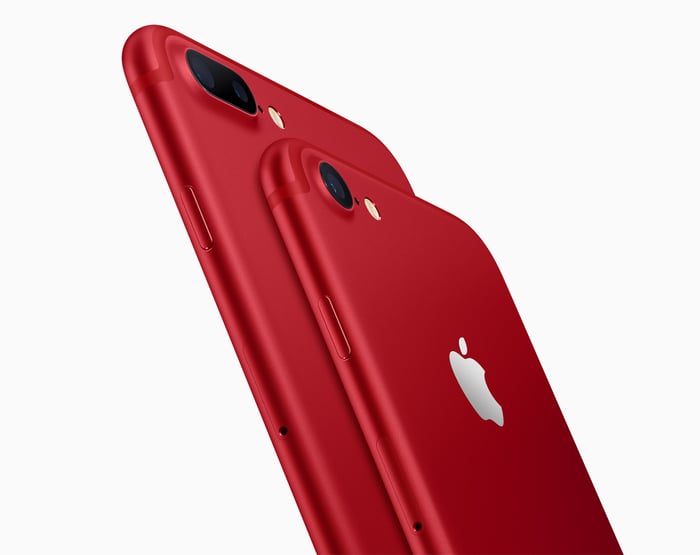 On TSMC's most recent earnings call, company co-CEO C.C. Wei said that the company has been "ramping up [its] 10-nanometer [technology] since last month."

All the products that TSMC is going to build on this technology, Wei said, "are for mobile applications" and the company's manufacturing yield progress on the technology is apparently "slightly ahead of schedule."

Perhaps most interestingly, though, is that the company expects that shipments of 10-nanometer wafers "will contribute about 10% of [TSMC's] wafer revenue this year."

Although other chipmakers, such as MediaTek and likely HiSilicon (Huawei's chip design division), are expected to use TSMC's 10-nanometer technology to build mobile processors this year, Apple's A11 Fusion is easily going to be the highest volume product manufactured on that technology.

Although TSMC should enjoy brisk 10-nanometer shipments during the coming iPhone product cycle, those revenues should fall off once the 2018 iPhone cycle gets going.

Apple will almost certainly build its next generation iPhone chip -- presumably known as the A12 Fusion -- using TSMC's 7-nanometer technology, which should offer both improved performance and reduced transistor area compared to TSMC's 10-nanometer technology.

This would mean that Apple would still ship a sizable quantity of 10-nanometer chips for another product cycle in price reduced iPhone 7s/7s Plus smartphones (I suspect Apple will discontinue this year's premium OLED iPhone in the following cycle).

After that, though, TSMC's 10-nanometer shipments should come down pretty dramatically.