Mercadolibre (NASDAQ:MELI), the "Amazon of Latin America," has been a stellar stock over the past year, returning nearly 82%. The company looks poised to dominate Latin American e-commerce as it continues to innovate and spoil consumers. Mercadolibre has generated a lot of interest from investors recently, so let's dive in and learn more about the origins and background of this game-changing business.

A young man, heir to one of the world's largest leather companies, decided to forge his own path. After high school, he gave up the dream of being a rugby star and decided to study finance at the esteemed Wharton School of Business. A couple of years later, he enrolled in Stanford's Business School. There, he was intrigued by the business model of eBay. After studying it meticulously, he dreamt up his own version of eBay to start in his home country of Argentina.

Fantastically, while still at Stanford, he secured funding for his business dream by offering a guest speaker named John Muse a ride back to his private plane. During that car ride, our mystery man successfully pitched his idea -- even purposely taking a wrong turn to buy time. The company was soon started.

The company, of course -- Mercadolibre. Our mystery man -- Marcos Galperin, the current founder/CEO. In 1999, Galperin's brainchild launched. In 2001, the company he was so fascinated by, eBay, bought a 20% stake in the business. However, just last October, eBay sold its stake in MercadoLibre. This has proven to be a mistake as the company has performed wonderfully. 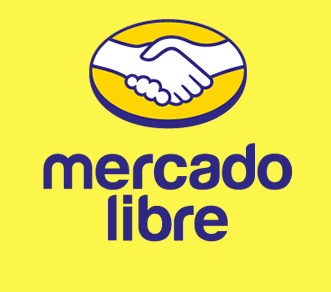 MercadoLibre is a fierce e-commerce player. The business includes six services: the Marketplace, a Classifieds Service, the MercadoPago payments solution, an advertising program, an online webstores solution, and the MercadoEnvios shipping service. Mercadolibre has been likened to Amazon and eBay, and both of those comparisons are fair. However, more comparisons can be included.

The Classifieds Service is like Craigslist, where people can sell items and services. MercadoPago is integrated into the Marketplace similarly to how eBay integrated PayPal to simplify payments. Also, Mercadolibre's webstore solutions is similar to Shopify, where companies can easily start e-commerce sites.

Mercadolibre has even ventured into logistics with a shipping service, and now, it's in enterprise software. Basically, Mercadolibre is the Amazon, Paypal, eBay, Craigslist and Shopify of Latin America. Talk about innovation and potential for growth!

Moreover, the population in Latin America is 626 million now, and it has one of the fastest internet-penetration rates in the world. All of this sets up for a huge addressable market. And the numbers support that.

In the last quarter, Mercadolibre reported a boost in net income upwards of 68% year over year, to $12.2 million. Revenue also grew at a staggering pace, nearly 74%, to $273.9 million, even with currency devaluations from faltering Brazilian and Argentine economies. If, and hopefully when, these economies pick up, the numbers will look even better.

At a market cap of $12 billion and a valuation of 78 times trailing-12-months' earnings, MercadoLibre is not cheap. But to put it in perspective, Amazon's market cap is $478 billion and trades for around 188 times earnings. Amazon has always looked expensive, and we all know how Amazon investors have fared.

Most of the time, superior businesses come with high price tags. Sometimes, worrying about valuation causes us to miss out on great opportunities. In my opinion, the long-term opportunity definitely looks promising with this one.