Who the Xbox One X will appeal to, and whether it can close the gap with Sony's Playstation 4.

After much anticipation, Microsoft (MSFT -1.32%) finally unveiled Xbox One X at the Woodstock for gamers (aka E3 2017) in Los Angeles in June. Xbox One X is a beast of a console, and it's also the smallest console Microsoft has ever built.

Microsoft's high-end gaming device, formerly code-named Project Scorpio, is set to hit store shelves in November 2017. The question is: Will it be enough to close the gap with Sony's (SONY -1.97%) PlayStation 4 (PS4)? 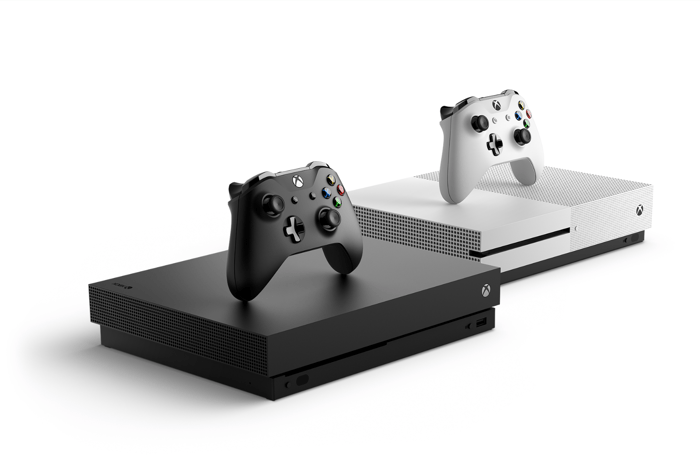 Sony leads the console race by a big margin

DFC Intelligence estimates Xbox One X will sell as many as 20 million units by 2022. That's likely not going to be enough to catch Sony in this console race, as Sony's PS4 had a 2-to-1 lead in sales over Xbox One going into 2017, and PS4 has continued to sell very well. Sony management recently announced PS4 had sold 60.4 million units as of June 2017, and they expect PS4 sales to reach 78 million units by the end of fiscal 2018 ending in March.

Last fall, Sony released its own premium console, PS4 Pro. The PS4 Pro and Xbox One X are meant to appeal to gamers who want the absolute best graphics capability, especially if they want to play games in 4K resolution. While PS4 Pro doesn't have quite the horsepower of Xbox One X, it has enough graphics capability to render games in 4K, and it's $100 cheaper, priced at $400.

Microsoft is pricing Xbox One X at $500, so gamers have to ask: Is all of that fancy technology worth the extra $100 over a PS4 Pro?

PlayStation has the advantage in games

I own a PS4 Pro, and I watched the unveiling of the Xbox One X looking for a reason to buy one. The Microsoft exclusive games that were shown running on Xbox One X looked incredible. The footage of Forza Motorsport looked as real as I have ever seen a video game. Other than Forza, there just weren't any other games that excited me. I saw everything I expected Microsoft to show, but no surprises.

I see Xbox One X mainly appealing to Microsoft fans. For it to be a game-changer, Microsoft has to start capturing those would-be PlayStation buyers. I don't see Xbox One X doing that with a game catalog that is lacking compared to the PS4.

Since the launch of PS4 and Xbox One in 2013, the PS4 has had 90 game releases with a Metacritic score of 85 or better; there were only 53 for Xbox One. If there is one thing that explains why Sony has outsold Microsoft, it's the greater number of quality games available on PS4 compared to Xbox One.

Virtual reality is another key advantage for PlayStation

In addition to games, Sony has been seeing strong demand for its PlayStation Virtual Reality (VR) headset, which launched in fall 2016. While other virtual reality headset makers, including Facebook's Oculus Rift, have struggled, Sony's PlayStation VR sold out at launch, and Sony has been working to increase production to meet demand.

Microsoft has yet to introduce any VR capability for its Xbox One family of consoles, and this is another disadvantage for Microsoft that will make it challenging for Xbox One X to drastically outsell the PS4 Pro.

Microsoft may have already lost the current console war

The interconnectivity of millions of gamers through online enabled consoles makes it even more difficult for a console maker to catch up once it falls behind. Sony has a strong network effect advantage with 70 million monthly active users on the Playstation Network. Gamers are naturally going to invest in the console ecosystem where their friends are playing.

It's not impossible for Microsoft to catch up and surpass Sony. After all, Sony was on the losing end in 2006, when PS3 launched a full year behind Xbox 360. But due to a strong game catalog and a better value proposition with the inclusion of a Blu-ray player (which Xbox 360 didn't have), PS3 was able to nudge out Xbox 360 in sales units by the end of the previous cycle.

Xbox One X will include a 4K Ultra HD Blu-ray player, which Sony's PS4 Pro doesn't have. But Sony made the decision not to include one because more people are streaming movies these days, and services like Netflix are beginning to offer content streamed in 4K resolution, which makes a physical disc player not as in-demand compared to 10 years ago.

Right now, looking at this as a gamer, I don't see Microsoft's Xbox One X offering anything that would make it a game-changer.