Novocure and Acadia Pharmaceuticals have their niches all to themselves, and no rivals on the horizon -- a formula for profits and growth that makes their shares well worth considering.

Warren Buffett has long championed the idea of investing in companies with durable competitive advantages. He believes that a business with true "moat" can more easily defend its market share from competitors and generate strong returns for shareholders

But if investing a company with a strong moat is a great idea, wouldn't it be even better to buy one that has no direct competition at all? Let's take a closer look at two companies that are void of rivals right now: Novocure (NVCR 0.82%), and Acadia Pharmaceuticals (ACAD 2.05%). 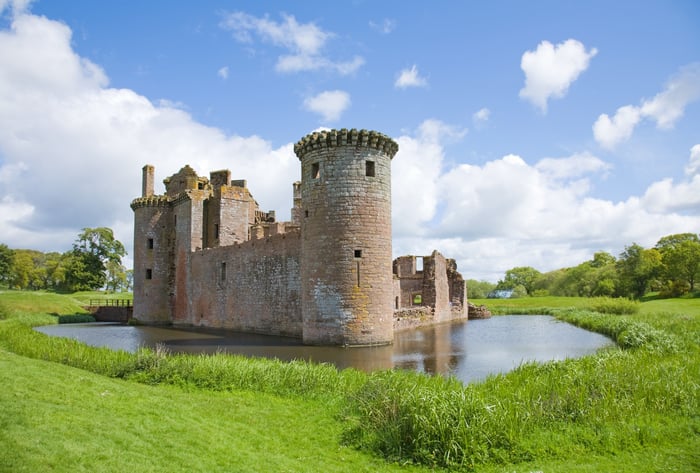 The fourth modality of cancer treatment

For decades, healthcare providers have relied on three primary tools to fight cancer: surgery, radiation, and chemotherapy. Novocure is a small-cap medical device maker that believes it has created a brand new modality of treatment it calls Tumor Treating Fields, or TTFields for short. The idea is to surround a cancerous tumor with electric fields that disrupt cell division. The tumor's ability to grow is restricted, which leads to better treatment outcomes.

This might sound like science fiction -- I was highly skeptical of TTFields when I first learned about them -- but Novocure has actually been successfully selling this therapy on the market for a few years now. The company won FDA approval for its device called Optune back in 2011 as a treatment for glioblastoma multiforme (GBM), which is a deadly form of brain cancer. Using Optune simply requires a patient to place a series of transducer arrays on their skin near the tumor. Then, the device is turned on and Optune begins to emit the TTFields that slowly go to work on limiting cell division in the tumor. 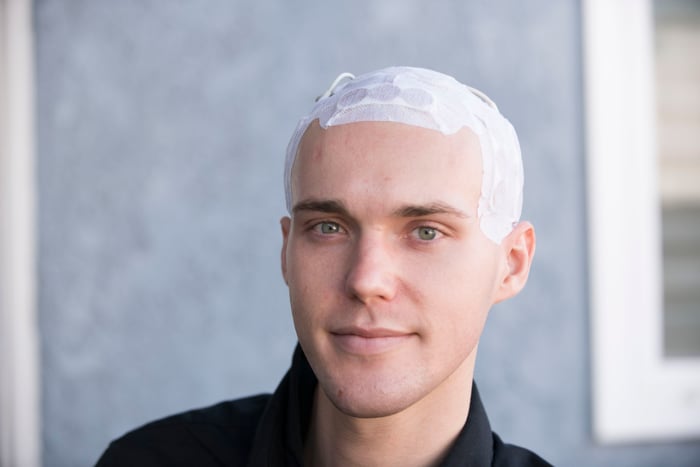 While Novocure has faced plenty of obstacles in convincing the healthcare community to give this therapy a try, the company recently announced some data from a long-term clinical trial that should go a long way toward silencing the critics. Novocure's data showed that using Optune in combination with chemotherapy lead to better rates of overall survival at year two, three, four and five. Overall, patients who used Optune and chemotherapy together showed an overall survival rate of 21 months, which was a meaningful benefit when compared to the 15 month average in the control group.

While this clinical data is great news, investors should be particularly excited about the fact that this data showed that Optune can be used in combination with chemotherapy. This means that Optune is not competing directly against other types of cancer treatments, but instead works with them to make them more effective.

What's more, Novocure doesn't believe that Optune's usefulness will be limited to treating brain cancer. The company is currently funding several studies testing Optune as a treatment for lung cancer, ovarian cancer, pancreatic cancer, and mesothelioma. And Novocure Executive Chairman Bill Doyle recently told me in an exclusive interview with the Motley Fool that the data they are seeing in other cancers is even better than what they see in glioblastoma multiforme (GBM):

In the case of the GBM, our data suggest those two therapies [Optune and Temozolomide] are additive, so one plus one equals two. With other chemos, we see profound synergy, meaning one plus one equals three-plus. And we now just presented data on trials in ovarian cancer and pancreatic cancer where we're treating with taxanes, and we see phenomenal results in those cases. In some respects, it's earlier, but the promise is even more dramatic than what we've seen to date in the brain cancer.

Better yet, since no other company has commercialized a competing TTField product, this is a market that Novocure has all to itself. Given all of the above, I recently decided to take a small position in this exciting business.

An indication all to itself

Roughly 1 million patients in the U.S. currently suffer from Parkinson's disease, a progressive condition of the central nervous system that causes tremors, muscular rigidity, and imprecise movement. Unfortunately, nearly 40% of these patients will go on to develop Parkinson's disease psychosis (PDP) as well. Patients with this condition experience hallucinations and delusions in daily life, which makes caring for them that much harder. For that reason, many patients who develop PDP wind up being sent to nursing homes for care.

Up until recently, there weren't any real treatment options for PDP. Thankfully, that all changed last year when the FDA approved Acadia Pharmaceutical's drug Nuplazid. Clinical data showed that patients who used the drug had fewer and less severe PDP symptoms.

Given the huge unmet medical need, sales of Nuplazid were strong right out of the gate. Acadia sold more than $17 million worth of product in the back half of 2016, which is impressive given that the drug was only launched mid-year and had limited reimbursement access. With reimbursement and awareness on the rise, market watchers expect sales of Nuplazid to exceed $91 million in 2017, and to continue growing rapidly thereafter. Since Nuplazid has this market all to itself, I think these growth assumptions are quite reasonable. 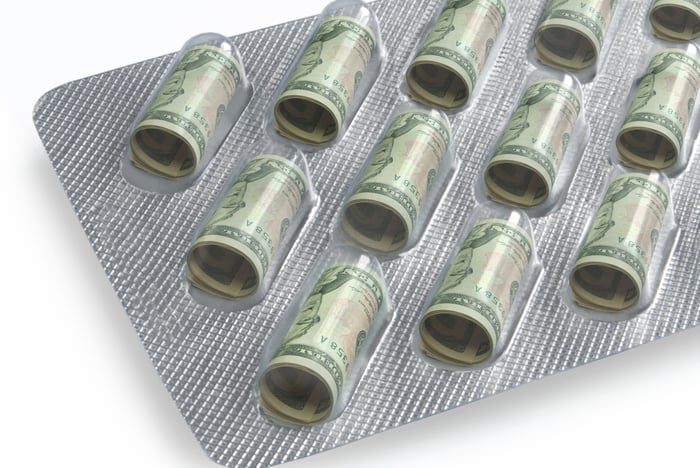 While Acadia's market opportunity in PDP is looking bright, the company also believes that Nuplazid could be used in a number of other disease states as well. It's funding several late-stage clinical trials of Nuplazid for diseases such as schizophrenia, Alzheimer's disease psychosis, Alzheimer's disease agitation, and depression. While Acadia will face plenty of competition in many of these disease states, the company could enjoy the same virtual monopoly it has in PDP in Alzheimer's disease psychosis, since there are currently no FDA-approved treatments for it on the market.

Given Nuplazid's huge market potential and lack of competition in PDP, perhaps it isn't surprising to learn that the company's market cap currently exceeds $3.3 billion. That could be considered a  pricey valuation when compared to Nuplazid's PDP peak sales estimates of about $1 billion. However, I think it could very well be worth its hefty price tag.