Shares of Chipotle Mexican Grill (NYSE:CMG) were slammed on Tuesday following reports of a food-borne illness outbreak, and on Wednesday morning, it was time for Wall Street pros to follow suit. Analysts at Wells Fargo and BMO Capital went on to downgrade the former fast-casual bellwether.

Robert Derrington at Telsey Advisory went the other way, approaching the fear-fueled sell-off as a buying opportunity. He's boosting his rating from perform to outperform, but he's been the exception to the rule. Most of the market is now bracing for a setback similar to late 2015, when several food-borne illness outbreaks creamed the stock.

Chipotle got rid of ShopHouse Southeast Asian Kitchen earlier this year, and it's been slow to develop its Pizzeria Locale concept. Having one or two needle-moving chains beyond Chipotle would've come in handy right now when its namesake eatery is dealing with another reputational attack. 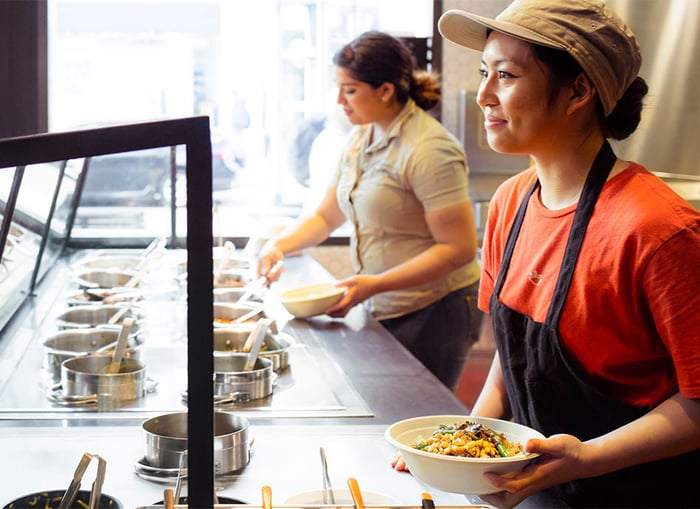 The downside of focus

Blaze Pizza -- the fast-growing chain that is partly bankrolled by NBA rock star LeBron James -- hit 200 locations earlier this month. It's one of the fastest-growing concepts in the country, going from zero to 200 in just six years.

The clincher here is that Blaze Pizza was born in a Chipotle. Elise and Rick Wetzel were going to head out for pizza in Pasadena, settled for Chipotle, only to wonder why the same assembly line approach couldn't work for putting pizzas together that would then be tossed into quick-bake high-heat ovens.

Blaze Pizza isn't the only fast-casual pizza player. MOD Pizza, Pieology, and Pie Five are just some of the peers that are closing in or have opened more than 100 locations across the country. Chipotle spotted the trend early, buying into Pizzeria Locale in late 2013 with dreams of tweaking the original hometown location into a fast-casual outfit. Somehow it has only expanded to seven locations.

Last year's foray into the "better burger" market -- opening Tasty Made -- was marred by mixed reviews at its one and only Ohio location. The saddest tale of all, though, is ShopHouse. Chipotle closed all 15 of its ShopHouse locations in March. Chipotle argues that the move will help it focus on its own brand, but the lack of diversification burned Chipotle in late 2015 and it may happen again if folks begin to stay away from Chipotle again.

The silver lining is that this week's retreat is unlikely to match the slide we experienced two years ago. The stock is trading well below its peak levels, and investors already accept the lower unit-level sales and margins of today. As long as this week's Virginia outbreak remains an isolated event, it won't be fatal to a brand that is already blemished. However, it's yet another reminder that unloading ShopHouse and failing to expand ShopHouse, Pizzeria Locale and even Tasty Made quickly come at a cruel price where everything's riding on one concept.