Congratulations! It's a bouncing baby buyout.

Hydro One, the largest power transmitter in Ontario, Canada, announced after close of trading yesterday that it will be acquiring Avista Corporation for $53 per share in cash, or $5.3 billion in all. The buyout price is said to represent a 24% premium over Avista's share price as of market close on July 18.

Hydro One noted that the combination of the two companies will create "one of North America's largest regulated utilities with over ... US$25.4 billion in assets." 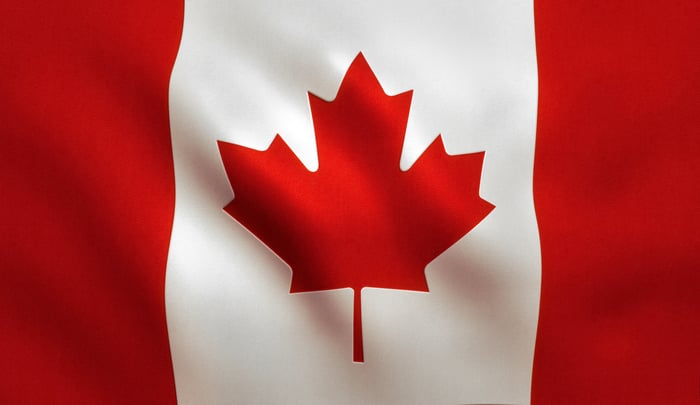 Another U.S. company is seeing its stock carted off north of the border. Image source: Getty Images.

Hydro One noted that the combined company will still be an "investor-owned utility." It will not, however, be as easy for U.S. investors to invest in as Avista was. Hydro One will remain based in Toronto after the transaction closes, and Hydro One stock, although it trades on the Toronto Stock Exchange (as ticker symbol TSX: H), is not listed on the NYSE.

Closing is not expected to take place until "the second half of 2018," however, and it will depend on the usual "regulatory and government approvals and clearances, including approval by the Washington Utilities and Transportation Commission, the Public Utility Commission of Oregon , the Idaho Public Utilities Commission, the Regulatory Commission of Alaska , the Public Service Commission of the State of Montana , the U.S. Federal Energy Regulatory Commission, clearance by the Committee on Foreign Investment in the United States and compliance with applicable requirements under the U.S. Hart­-Scott-­Rodino Antitrust Improvements Act of 1976."

Hydro One's buyout gives investors in Avista stock a welcome reprieve -- up until yesterday, the stock had gone nowhere but down over the past year. With Avista stock now trading within less than a dollar of the buyout price, investors can expect little further movement in Avista's stock price for the next 12 months or more, as the deal moves slowly toward closure.